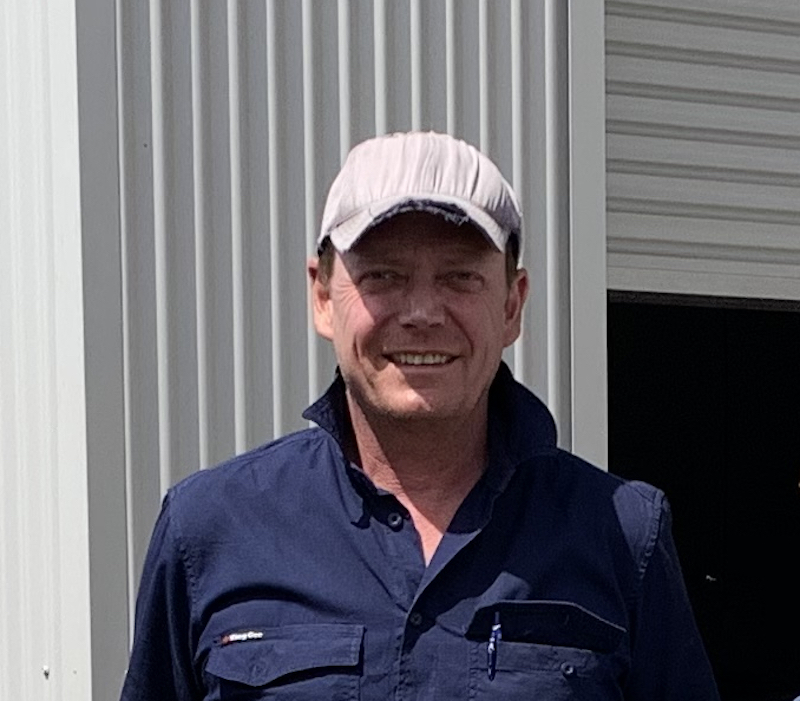 You can almost hear the farmers drawl their universal greeting, no matter what time of the day, the season or indeed the location.

But Stuart Brown’s reply will be unlike any other, as he meets his new and nearest neighbours in Boorowa, 100 kilometres north west of Canberra. The 290-hectare farm he is managing has a Bureau of Meteorology-standard weather station, high tech sensors and a lock-up, wash down and record-keeping facilities for monitoring genetically modified wheat and canola. (The station will not be part of the BOM network).

Mr Brown, CSIRO’s manager of the new $11.5 million Boorowa Agricultural Research Station (BARS), could blow your mind with not only the weather, but a whole bunch of other data from the national researcher’s sophisticated new cloud platform, Senaps. This is being developed to collate data, allowing researchers to run models on data streams and output them in any format they wish. He wants to share this information if CSIRO allows him.

Three hectares have been allocated to testing GM crops. Mr Brown says all of CSIRO’s GM work adheres to the regulations set out by the Office of the Gene Technology Regulator. This includes providing a buffer zone of 200m from GM wheat. “We intend to have a good relationship with our neighbours. Once we have commissioned the station and occupying the site fully, we will start to build good relationships with all our neighbours around us,” he says.

BARS replaces CSIRO’s Ginninderra Experimental Station, which was established on Canberra’s fringe in 1958. Mr Brown and four staff will be re-locating to Boorowa in preparation for the station’s commissioning, although the trial crops have been well established to assess crops’ suitability for rotation with livestock. 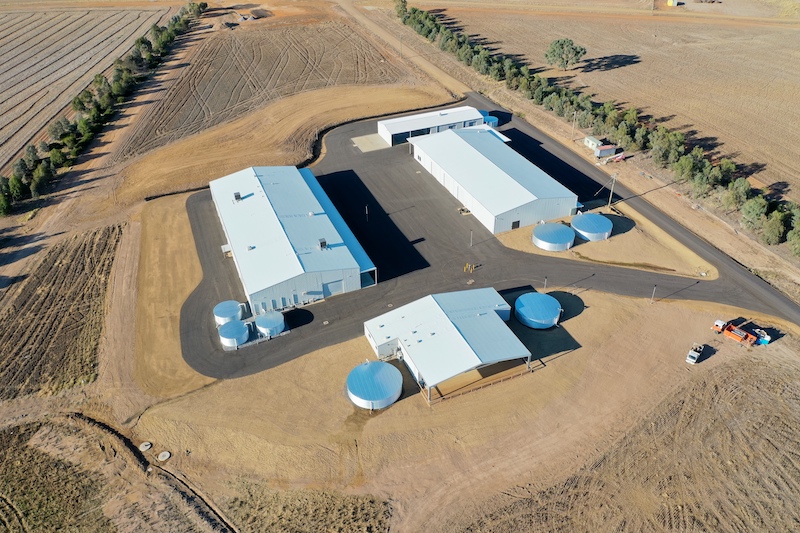 An aerial view of the $11.5 million Boorowa Agricultural Research Station.

Numerous scientific and related staff will be visiting the station, picking up a meat pie from the local bakery, or sharing a counter lunch at one of the pubs.

“We had 50-plus researchers at Boorowa on Wednesday and Thursday, which I was a part of,” Mr Brown says. “We had exhilarating talks of future research, how we integrate data and future technologies and so forth. We used catering and facilities from the Boorowa Ex-Services Club.”

BARS will be tapping into local engineering services, fuel supplies, farm chemicals and fertilisers and general fencing. In time Mr Brown hopes to employ a local apprentice with an interest in machines and farming, who can pick up some of the high-tech maintenance.

Already he has chatted with the local Landcare and Land Services people about opportunities for re-vegetation and collaboration.

“We are bordering the Boorowa River, Lachlan Way on the east, Cunningar Road on the north, and Boorowa River forms the south western boundary. This is where we can understand potential issues of run-off into the river, which we want to manage and monitor as good community neighbours with people in Boorowa.”

BARS will be a fully digital, irrigated research station. “So, we have numerous sensors already in place at the station and project proposals in hand and in submissions to look at ways to use the data that we are collecting on the farm to extrapolate out to other localities in the Southern Tablelands,” Mr Brown says.

These days drones and sensors are collecting data, now CSIRO wants to learn how to use it to help farmers. “Because in the end, we don’t want to be a solution looking for a problem, we want to address current problems that farmers are having in plant-available water, nutrient run-off, targeting crop establishment or fertiliser applications and so forth.

“We haven’t commissioned the research station yet, we are operational to a certain extent.” BARS has two research trial plots. One for canola phenology is located in what they call the birdcage, which is netted to keep birds out, to protect the varieties for future breeding. Another trial is underway on new wheat which will be competitive in the early stages with weeds.

CSIRO staff have met farming system specialists to look at what concepts will be applied on the land over the next five, 10, 20 years. “We have highlighted a particular paddock, about 45 hectares for long term trials that will look at competition with weeds, and how we manage weeds. There’s grazing trials that will occur over a long time,” Mr Brown says. “It is a unique opportunity as we start a new station to look at what will be long term trends and issues in agriculture in the Southern Tablelands region, in similar soil profiles and climate to Boorowa over that 20 years, so it is quite exciting.”

Great news for Boorowa. What’s happening to the old CSIRO land? It would be great if it could be used for growing fruit and vegetables and then selling the produce to Cbr residents.

Or has it already been earmarked for further housing development?

Shane Westmore - 1 hour ago
Absolutely. There’s people voting now who are completely misinformed about anything going on in this country & waste their... View
Nada Krstin - 4 hours ago
oops, meant to say, cannot have it one way! :)... View
Nada Krstin - 4 hours ago
No. And if you think they are mature enough to vote at 16 or 17, then they should be tried for any crimes as adults as well,... View
Opinion 94