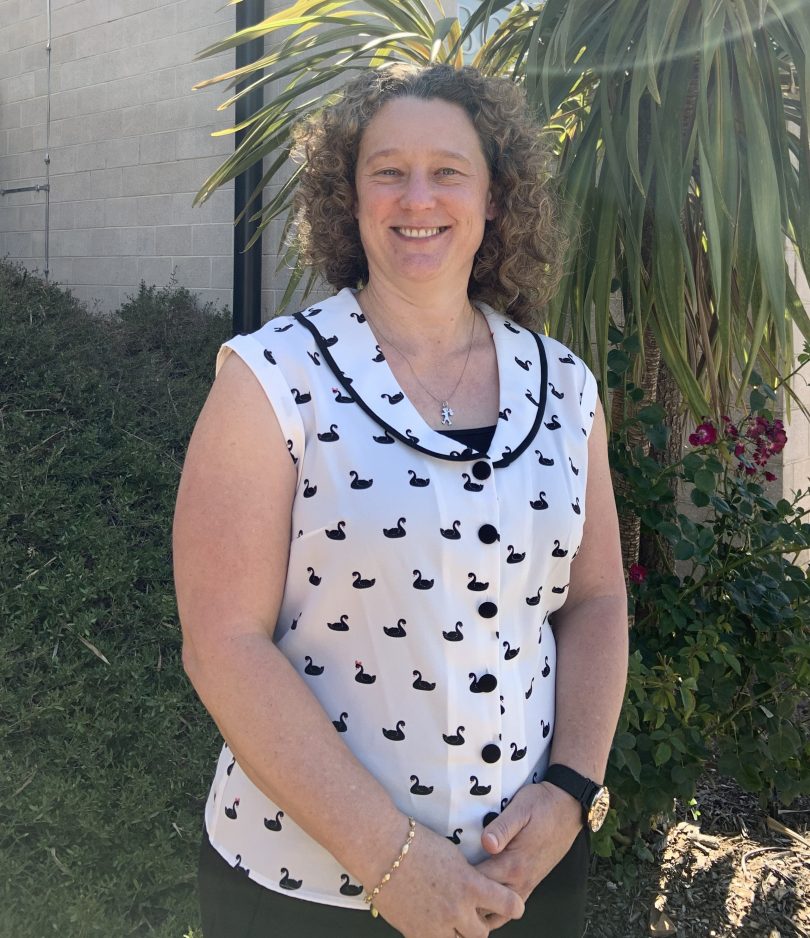 Dr Kerryn Coleman managed the busiest flu season on record for the ACT.

Dr Kerryn Coleman has been appointed the new ACT Chief Health Officer (CHO), declaring she wants to continue her work in the sexual health sphere as a priority.

Dr Coleman has been working at ACT Health for the past two years and has been acting in the CHO role since March. Her ACT Health career began as a public health physician, having previously worked across the country in various public health department roles.

Dr Coleman says she is excited to have been chosen as it was a role she never thought she would end up in.

“It is the pinnacle for a government health officer. You always look up to the CHO,” she told Region Media. “I did not even dream of being a CHO [when I was starting out]. I did not even know what they did.

“I have been doing the job for about seven, eight months and have certainly got into the swing of it and look forward to continuing the work I have started.

“My focus in the role is on strengthening our preparedness for, and response to, health emergencies and incidences and the work we do with our partners to ensure the health of the community is protected.”

Dr Coleman says she has been focusing on the area of sexual health, as some sexually transmitted infections (STIs) have been on the rise nationally.

“I am focussed on promoting the importance of issues like sexual health in our community; in particular, among young people and at-risk population groups where we are seeing rates of STIs rising.

“Nationally, STIs keep on rising, no one knows what to do about it, but we started some work on what an action plan might look like and what the components of a response might look like to see if we can make an impact in Canberra.”

She says she is hoping to bring across her years of experience in the field, especially around sexual health, to help improve the health of Canberrans, having worked in public health departments across Australia.

“You can’t work in the Top End in the Kimberly without having to work in this space, it is such a big and encompassing problem in our remote and Aboriginal communities,” she told Region Media.

“I worked with the Commonwealth Government for about five years on this policy area. I was involved in the first set of national strategies that had targets in them and that was a big and interesting piece of work, negotiating targets across the jurisdictions and stakeholders.

“We also have a new treatment for Hepatitis C, which we have had for a few years so we need to be able to identify and attract back into treatment those people that we know have Hepatitis C but are not integrated within the system.”

Minister for Health Rachel Stephen-Smith says Dr Coleman brings a wealth of knowledge and experience to the table.

“I am pleased to appoint Dr Coleman into this important leadership position across the ACT public health system,” Minister Stephen-Smith said.

“Dr Coleman has shown exceptional leadership while acting in the CHO role this year, including managing the busiest flu season on record for the ACT, and contributing strongly to the important work underway across the ACT Health Directorate to build a more positive culture.

“I look forward to continuing to work with her as we push ahead with a new preventive health agenda.”

Arleen Stark - 58 minutes ago
That is all very well Ian, but a branch does not have to be dead to fall. We have had 3 huge branches fall in the last 2 year... View
Colleen Whichelo - 3 hours ago
The trees need to be in the bush where they belong & where no humans reside. Bloody gum trees are the worst most dangerous of... View
Ulrich Belcher - 10 hours ago
Took a full 3 years to have a council tree inspected after I lidged the job and chased it up many times, even though it was a... View
News 240

Behind the scenes of a pandemic: How the Chief Health Officer runs our COVID-19 response