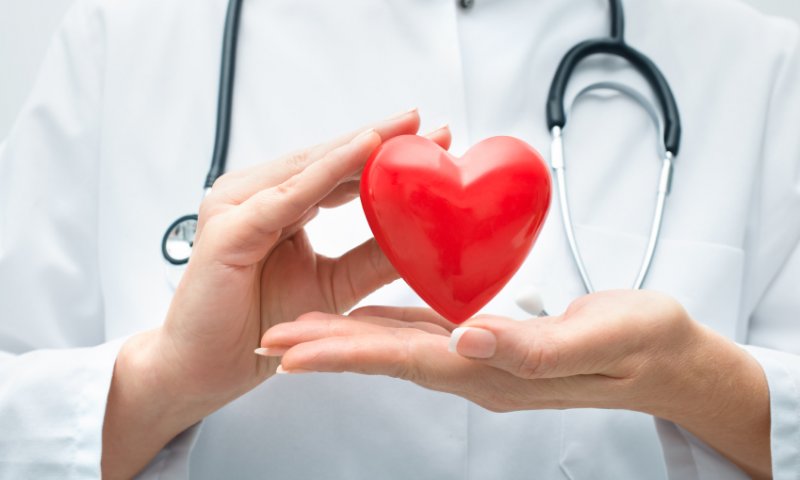 The data is from a national research piece, Heart Maps, which measures hospital admissions, mortality and risk factor statistics across Australia.

Heart Maps allows the Heart Foundation to analyse rates of heart attacks in distinct ACT regions. In the ACT, heart-related hospital admission rates are highest in the Belconnen region (51.0, Age Standardised Rate) followed by South Canberra (46.8, ASR) with rates being the lowest in the Woden and Weston Creek region at 35.5, ASR per 10,000 people.

ACT ranks third highest for heart related admissions (ASR) but this will, in part, be due to cross border separations. It has the lowest age-adjusted rate of CHD mortality,

the second lowest obesity prevalence and the lowest smoking rates.

Men are two times more likely as women in the ACT to be admitted for a heart condition (2.07), or to die from coronary heart disease (1.98). For ST-Elevation Myocardial Infarction (STEMI), men are more than three times as likely to be hospitalised (3.42). However, risk factors are more evenly distributed across the genders; with men and women equally likely to
be obese (0.92) or to be a current smoker (0.99).

The research also shows that people who live in disadvantaged, or rural and remote areas have poorer heart health.

CEO of the ACT Heart Foundation, Tony Stubbs said it was not about who was the ‘unhealthiest’ or the ‘fittest’.

“It’s about how we can better focus health services and resources,” he said.

“It’s about being smarter – and better informed.” 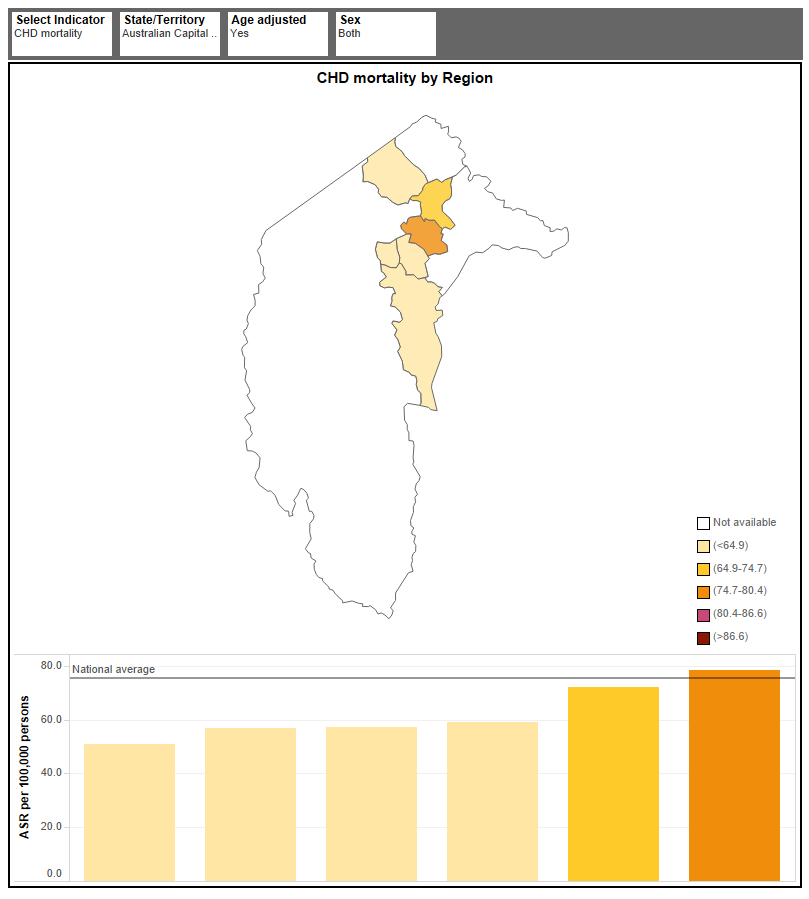 He said the Heart Foundation was working to ensure health services in the ACT not only met the health needs of all Canberrans, but were available to those that needed them most.

“I’m quietly confident we are working towards a future where health services are offered around a person’s needs. As opposed to where a person navigates old or clunky systems. That might have been sufficient 40 years ago, but not today,” he said.

“This is what being ‘integrated and coordinated’ means. I’m pleased to see the Government headed down a reform path, with new clinical centres, and specialty services plans that will address specific health conditions.”

“Know the signs of a heart attack and act on them immediately.”

Mr Stubbs said it was critical that anyone who has had a heart attack went to a cardiac rehabilitation program.

“These programs save lives by helping prevent a second heart event,” he said.

The Heart Maps, background information and a full technical report describing the data and analysis are available on the Heart Foundation website https://www.heartfoundation.org.au/for-professionals/heart-maps/australian-heart-maps

James Manukich - 3 hours ago
Well Done 👌👌👌👌👌 View
Gary Hatcliffe - 5 hours ago
Wacky-doo! View
Nassim Rezakhani - 6 hours ago
Congratulations Jason!! One of the best agents around!! Thank you for the amazing auctions you’ve done for us in the past!... View
Sport 11

Kim F - 11 hours ago
This is another example of the Police asking for asssitance ages after the event. Bizarre ! View
franky22 - 15 hours ago
ACT Policing are a joke and hopelessly inefficient. This request for public assistance should have been made within days of t... View
News 7

A Nonny Mouse - 12 hours ago
There are EV charging systems that vary the charge rates to vehicles to avoid overloading a limited supply. These systems can... View
Capital Retro - 1 day ago
One comment on this thread was the Australian Electric Vehicle Associate has given advice to the ACT govt. on its policy that... View
Heavs - 1 day ago
Five superfluous words in that last sentence. View
News 1

ACT has highest rates of breast cancer but lowest deaths from lung, liver and neck cancers

@The_RiotACT @The_RiotACT
In another boost for online learning, a pioneering digital classroom will draw on the vast resources of the National Museum of Australia https://t.co/l0FX9i9fTL (5 hours ago)

@The_RiotACT @The_RiotACT
Blackbird is a subterranean den in the Sydney Building that'll transport you to speakeasies and into the light of a dark black night https://t.co/qvGGsfI2Zs (6 hours ago)