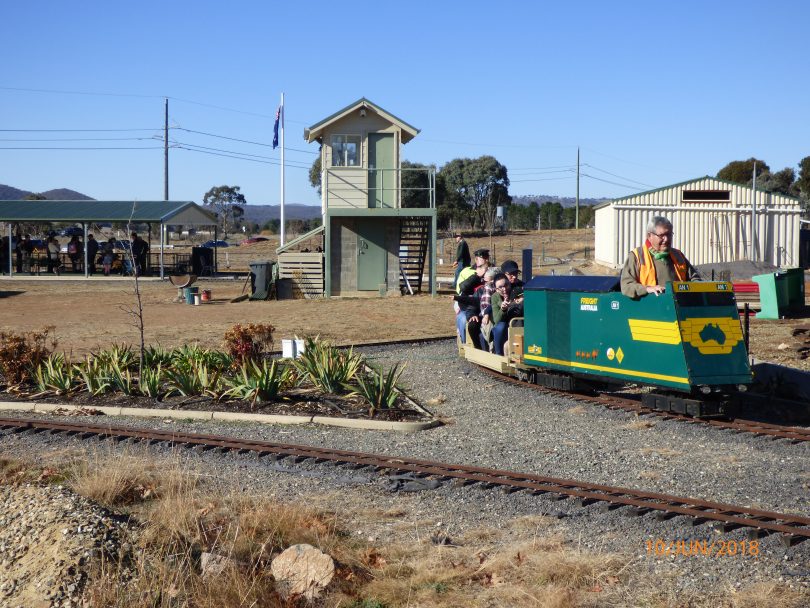 New family entertainment comes to Canberra! Children’s birthday parties are a specialty of the new miniature railway in Symonston.

The Canberra Society of Model and Experimental Engineers (CSMEE), the new (big) kids on the block, have built a brand new miniature track which will eventually feature four different track widths for railway aficionados to ride on. The miniature trains, which are open for rides twice a month (2nd and last Sundays), take guests for about a kilometre ride from the Station, over the Causeway viaduct, up to the top of the hill for a new view of the Molonglo Valley and then return home past a display of Aussie murals. The new railway off Jerrabomberra Avenue has also teamed up with the Canberra & District Historic Engine Club to provide combined stationary and moving engines on the last Sunday of each month.

The tracks are all newly laid after the Canberra Miniature Railway moved from their former site at Kingston. More space has led to the development of the four different gauges and visitors may even get a chance to ride around behind “Bunyip”, the steam loco or around the grounds behind George the (mini) Traction Engine!

Many thousands of hours have been put in by the Society members to construct the site which now displays an original railway signal from Canberra Railway Station clearly visible to travellers on the Monaro Highway.

And kids of all ages love it!

CSMEE president Peter Hateley said the new Symonston track, built by hard-working volunteers, was the perfect way to “bring to life” a child’s fascination with trains; but he admitted some were reluctant to climb aboard at first.

“We have three and four-year-olds who get on the train and they’re like, ‘Oh, I don’t like this’ and they start screaming, but then about halfway around the loop they settle down and you can’t get them off,” he laughed.

Rides are only $3.00 (all day riding $15.00) with canteen facilities and free parking. Those riding the trains must wear enclosed footwear for safety reasons.

“We describe it as the perfect day out for people aged two to 102,” said Peter.

Booking a party is easy; just call 1300 731 954 or email csmee@grapevine.com.au. Parties are supplied with seating and a BBQ. 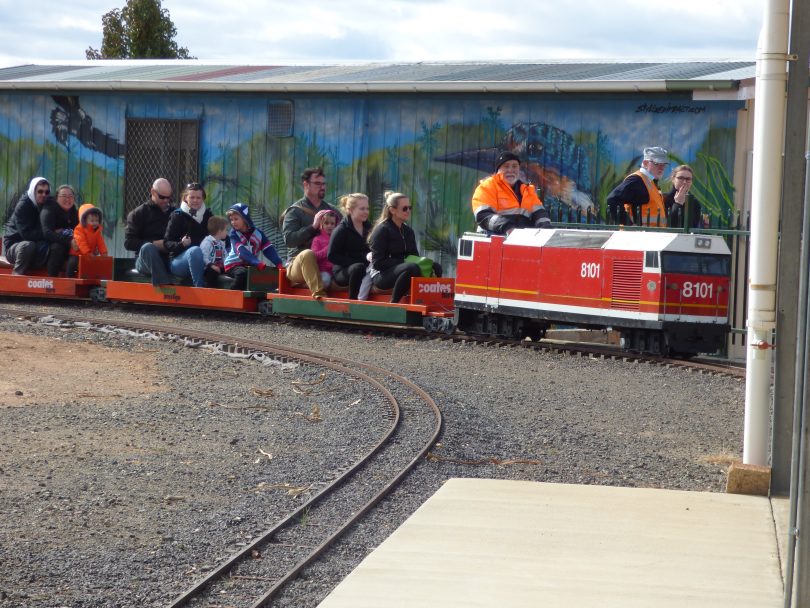 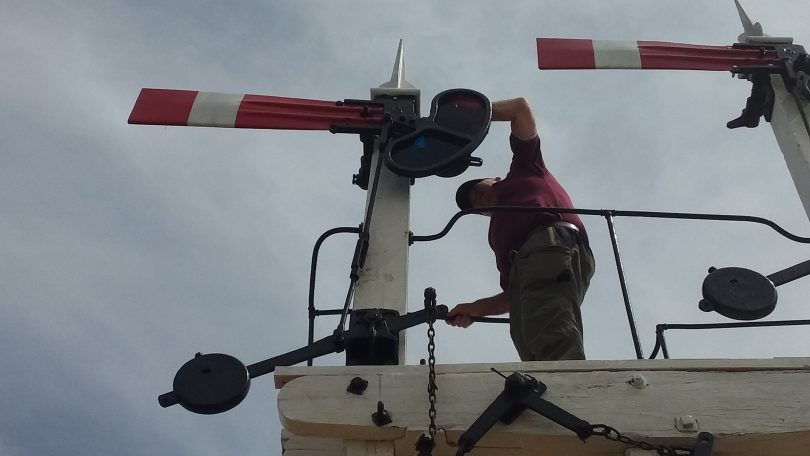 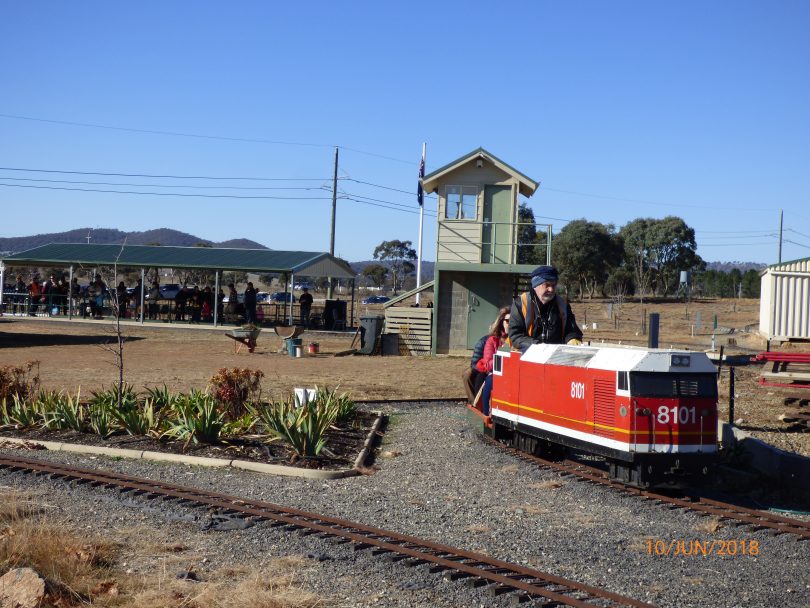 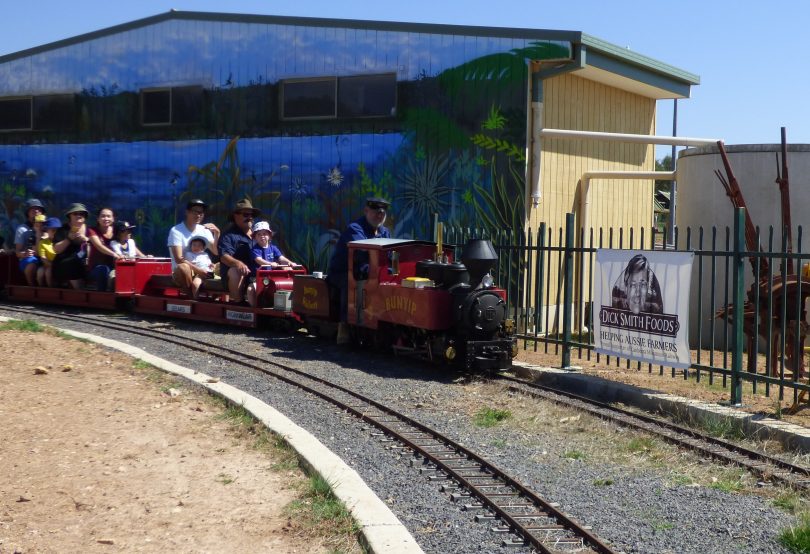 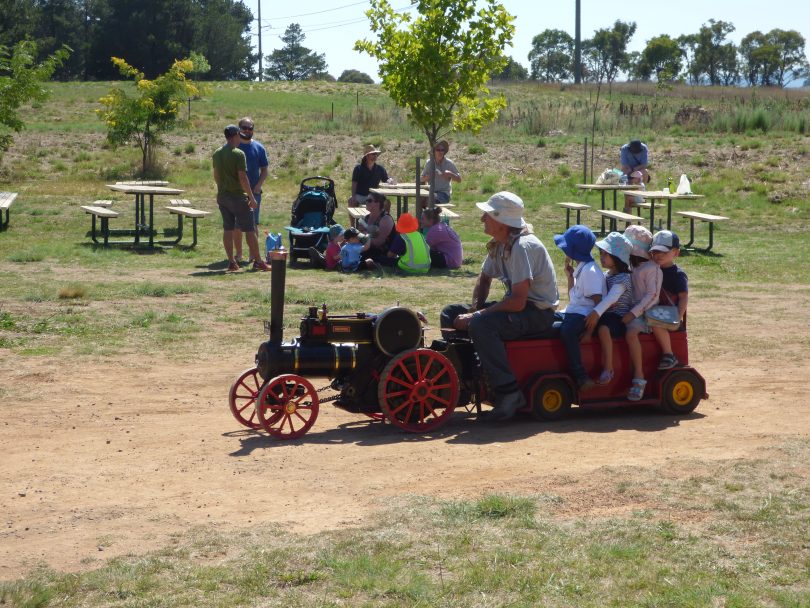 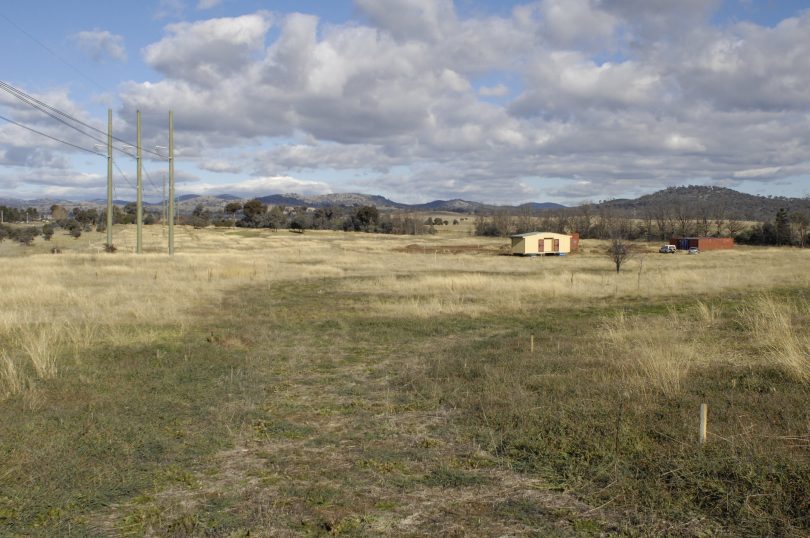 Laura Ryan Gemma Urbaniak I think my phone was listening to our conversation earlier! This came up in my news feed!

Brilliant! Owen we need to do this

yes indeedy! Two passengers who will be very keen

We'll come Laura Ryan let us know when you are going

Owen Torpy you just typed that sentence without any sign of irony. You've changed.

Katrina do you think next weekend / Sunday will be the last weekend of the month or the first Sunday?

Philippa Doig for your brothers and their little ones!

Just gorgeous the children will luv it 😀

Trudy Solway this is what I was talking about

Fiona McKernan Marshall James Eleanor Saker come back to CBR soon. More fun to be had

let’s choo-choo-choose this as our next destination 🚂

So that's what they were building.

Kristen something else for the kids to do at some stage.

That looks great. They would love it!!

Rebecca Mills there's a reason I had never seen that sign for the miniature train before when I told you last fortnight... It's new! 😂

Sam Davies when are you in town.

Ancel Earle Franklin we left at the wrong time :(

Oh damn, we really did!

Isabelle Louie would love this

Renee next time you come up

Looks like I know what we’re doing next weekend!