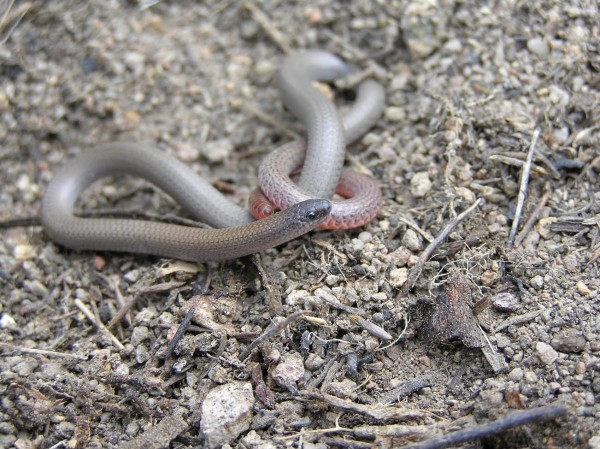 The ACT Government has today revealed an action plan to help protect the vulnerable pink-tailed worm lizard that lives in the Territory.

The lizard was officially declared vulnerable back in 2008. It was once widespread in south-eastern Australia, but now can only be found in a few scattered places between Victoria and the ACT.

Environment and Planning Directorate Senior Ecologist Murray Evans said that the lizard had a special diet and increasing urbanization was only one of the many problems that had led to the rapid decline in the lizards’ numbers.

“This rarely seen small lizard lives mostly underground in the burrows of certain type of ant nests, where it feeds on the eggs and larvae of the ants,” Mr Evans said.

“These specialised requirements make the pink-tailed worm-lizard vulnerable to changes in its habitat. For example, removal of rocks can lead to less ant nests, which then causes negative impact to the lizards. Other threats are summer bushfires, encroachment by weeds and being eaten by predators, including native predators as well as introduced predators such as cats.”

The new plan’s key items are to formally protect all the populations that remain, monitor the numbers of lizards in key environments and to establish community awareness activities about the lizard and its needs.

Mr Evans believes that public involvement is vital to helping preserve the populations of the lizard for future generation to enjoy.

“It is vital we do all we can to conserve our threatened native species so I encourage interested members of the public to view the action plan and put forward their views,” Mr Evans said.

Public comments on the new draft action plan close on 6 December 2016. For more information, got to www.yoursay.act.gov.au

Be interesting if they found some in the median strip on Northbourne Avenue.

They can’t even find what is under the median strip.

Be interesting if they found some in the median strip on Northbourne Avenue.