No need to go to Italy: Serving up Traditional, Neapolitan Pizzas in Macquarie 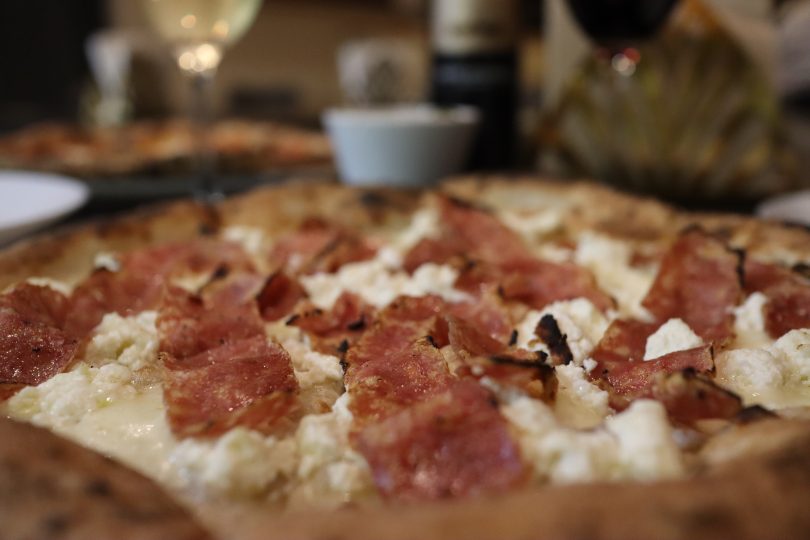 Since opening in 2014, Pizza Artigiana has become more than just Macquarie’s local pizzeria.

The shopfront is renowned for serving up Canberra’s most authentic Italian Neapolitan-style pizza, and has recently expanded with even bigger plans still in the works.

Owner and local Canberran, Silvio Miceli, said he always knew that Pizza Artigiana had something special to offer his home city. 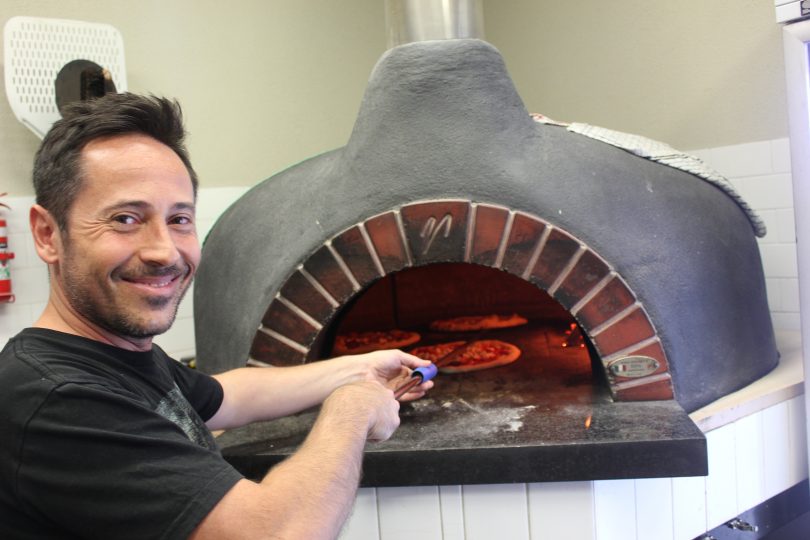 Silvio opened the pizzeria with his business partner.

After moving to and living in Sydney for 12 years, Miceli was spoilt for choice when it came to sinking his teeth into traditional Italian pizzas. However, he struggled to find an authentic slice of Italy upon his return to Canberra.

“Having lived in Canberra for a long time, I felt like we didn’t have a lot of choice here. I mean, we had a lot of the same style of pizza but not really that traditional Italian style that crisps in your mouth when it comes out of the wood fire oven.”

It was then that he, along with his business partner, decided to open Pizza Artigiana.

“We wanted to do something special and something that was 100 per cent Italian – traditional, and authentic,” Miceli said. 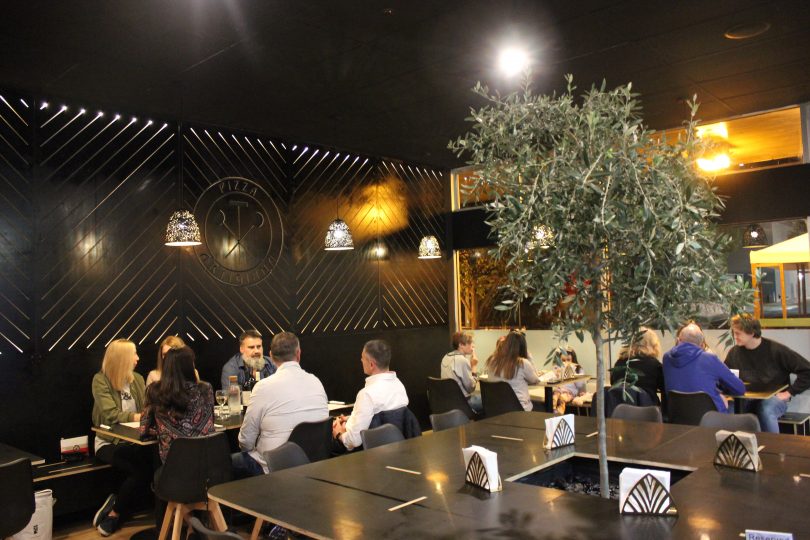 Recently expanded, Pizza Artigiana now has more seating areas including an outdoor one.

Miceli was born in Italy and has spent a great amount of time gaining inspiration from the little country of gastronomic delight. Drawing on his experience, Miceli made and cooked all the pizzas himself when Pizza Artigiana first opened.

Like most Italian families, no member is necessarily a chef or culinary expert, but there was always an interest in cooking the food from his motherland. Miceli spent a lot of time in Italy watching and learning from his mother and grandmother. That’s what makes this little gem so special.

“There is just something about Neapolitan-style dough. It is a lot softer than regular pizza dough which tends to be hard and dry. That’s why when our pizza comes fresh out of the oven, it is crispy and the cheese is soft giving you a different sensation and taste altogether,” Miceli explained. 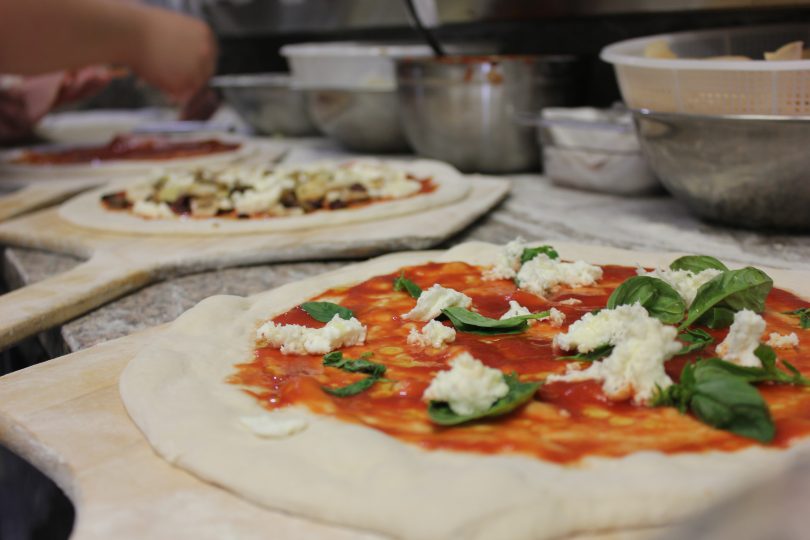 While only a small pizza menu, it is filled with deliciousness nonetheless.

Pizza Artigiana first started out as a takeaway pizzeria with a dine-in option. Now, Miceli has expanded not only the space, but also the pizza menu.

“There are probably eight to 10 pizzas on the menu which you have to try. They are super classic in the sense that if you go to Italy, every single pizzeria will have one of those. Then I have others that add an Aussie touch. The Tre Carni, for instance, is my version of meat lovers.”

Half of Pizza Artigiana’s menu is also vegetarian and can be made vegan by removing the cheese. But Miceli admits that vegan customers do have an alternative option, “A lot of our customers that are vegan actually bring their own cheese!”

While remaining loyal to Italian authenticity by importing Italian wines, beers, drinks, and topping, Miceli also utilises fresh, local produce that he can only get here in Canberra. He sources majority of the produce from Canberra-based markets and local vendors. 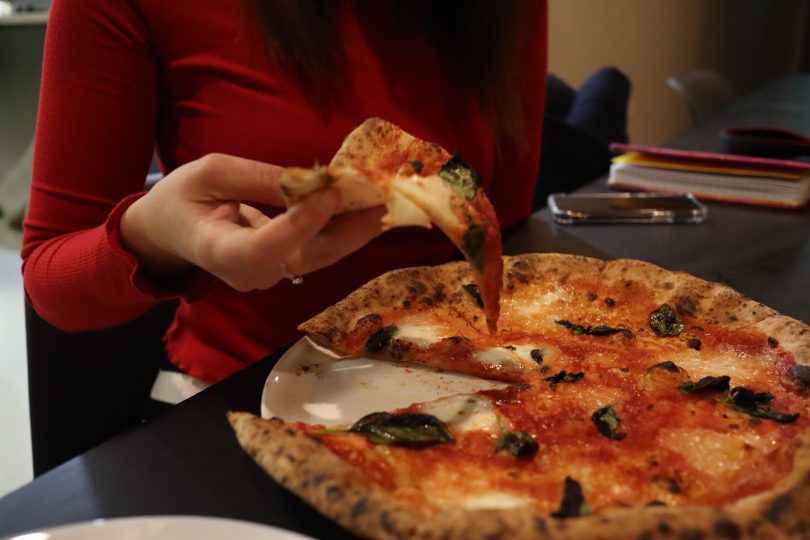 Pizza Artigiana’s menu offers meat and vegetarian pizzas which can also be made vegan.

There are also plans to serve local beers and include a pasta kitchen once the next phase of the expansion concludes.

“We’re aiming to serve local brews like Capital Brewing and Bentspoke. Basically, something that is really Canberra because that’s the whole point of Pizza Artigiana. To use products that are as local as possible but with an Italian twist,” Miceli said, “and there is no need to travel to Italy anymore. Just come to Macquarie!”

Pizza Artigiana is located on the corner of Bowman and Wiseman St in Macquarie. It is open Monday to Friday from 5:30 pm to 9 pm, and Saturday and Sunday from 5 pm to 9 pm. For more information visit the website.

Syl Ingrid let's see if it's got anything on that brisbane place!

We need to go

This place is amazing!

Jenifer. You need to try this. 💕

Gill King - 20 minutes ago
Something doesn't have to be attractive to be important for heritage. I understand the cinema part of the building was ground... View
Shane Wiseman - 4 hours ago
Robert Knight jetsons had quirky style. This is up there with Campbell Park for fugliness... View
Phil Ebbott - 5 hours ago
Donna Hofmeier that particular style is better represented by, and protected in buildings like the old bus depot. View
News 10

ChrisinTurner - 6 hours ago
This is the private enterprise model driven by profit. Nationalise the clinic. View
News 73

Milestone Entertainment - 10 hours ago
Well said! We have been fortunate in Canberra, however the current restrictions on entertainment venues are crippling to both... View
News 27

saphael7 - 11 hours ago
Does this mean that domestic violence is going to be brought to the park frequented by small children? View
show more show less
*Results are based on activity within last 7 days

Take 3: Woodfired Pizza is all about the base

Hot in the City: Cucina Ristorante’s wood-fired deliciousness extends to their breakfast menu

@The_RiotACT @The_RiotACT
Adopted Canberran Jack Biilmann will be at the Street Theatre on Saturday, 8 May to tour his new album, Full Circle. Opening the show will be 17-year-old Tom Dunlop, with his first-ever live performance https://t.co/FMmwlEox3O (45 minutes ago)