Working together, enriching lives
22 May 2020 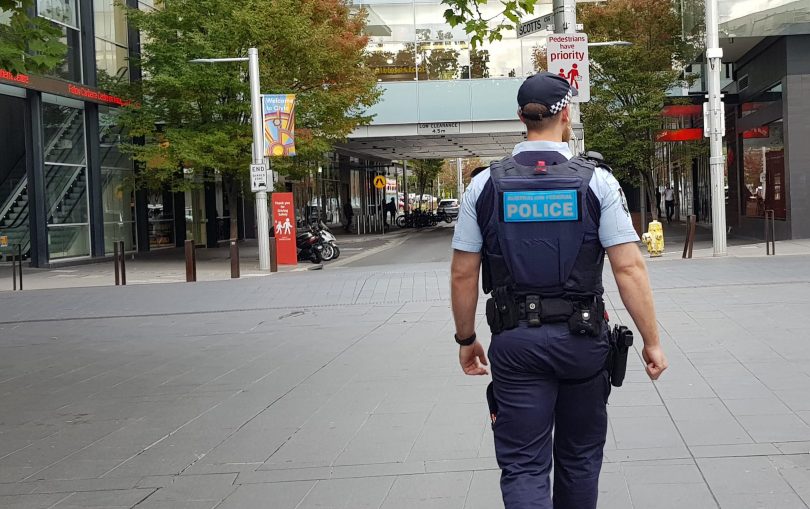 Shadow Minister for Police and Emergency Services Giulia Jones said the assault of a frontline worker was “more serious than the average assault”. Photo: Region Media.

New laws mean the ACT now has a specific offence for the assault of frontline workers, but despite welcoming the changes, the Australian Federal Police Association (AFPA) has said the ACT Government should not be patting themselves on the back anytime soon.

The new charges are a key component of the Government’s push to further deter violence against emergency services workers as the laws also include a new assault offence that specifically covers police, ambulance workers, firefighters, corrections officers and emergency services volunteers.

New offences for driving at police and damaging a police vehicle have also passed the Legislative Assembly and carry a maximum prison sentence of 15 years and five years respectively.

Assaulting a “frontline community service provider” will carry a maximum of two years in prison.

This is, however, the same sentence that applies to a regular assault charge. The only substantive difference between the two offences is that the new frontline worker charge will result in the persons’ criminal record stating that a frontline worker was assaulted.

AFPA President Angela Smith says she will continue to lobby the Government to pass the amendments proposed by the Canberra Liberals to extend the maximum sentence to five years.

“Two years is the same as the rest of society … I understand the argument for that but we put ourselves out there every day exposed to the criminal element and people want to hurt us, so two years is nowhere near enough. It has to be raised up to five years,” she said.

“You can damage a police car, an inanimate object, and get five years, but if you assault a human being it is only two years. It seems a little bit imbalanced.”

Shadow Minister for Police and Emergency Services Giulia Jones said the penalties needed to be tougher after calling the assault of a frontline worker “more serious than the average assault”.

“I am asking the Government to increase the penalties … for assaulting a uniformed person and the reason for that is they put themselves on the line every day and go into harm’s way,” she said.

“What we were hoping they’d do was just to make the penalty a little bit bigger so the courts had the option of going bigger if the assault was clearly a cold-blooded, intentional attack on service personnel.”

“I would never say that it is toothless because it will specifically say frontline worker and it says assault frontline worker. What sort of message is that sending to a potential employer that you are the type of person that feels it is OK to assault a frontline worker?” she said.

“To have it recorded on their criminal record is a win just there, we have come a long way but we just need to beef it up to five years. 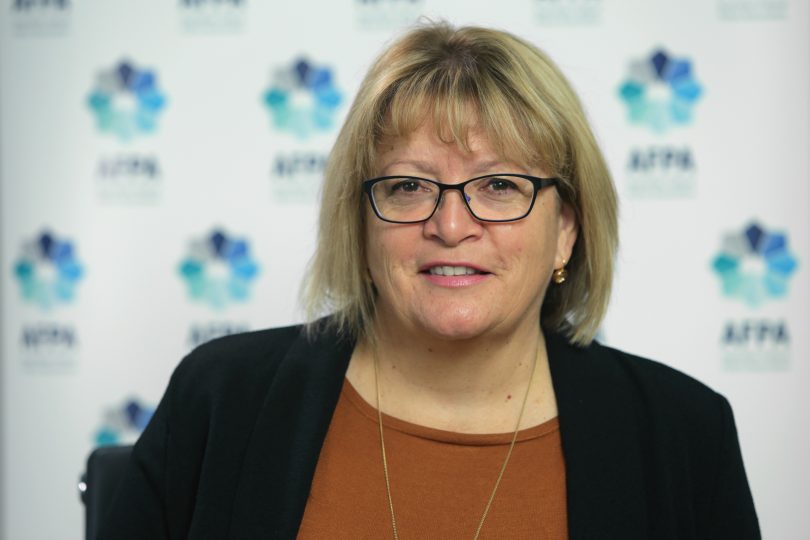 AFPA President Angela Smith has welcomed the new legislation but says it does not go far enough. Photo: File.

However, the government said extending the penalty for assaults on uniformed persons could infringe on human rights.

“This decision was undertaken in consultation with the Human Rights Commission. The ACT has an obligation under the Human Rights Act 2004 to ensure that laws and policies in the ACT do not have a discriminatory, disproportionate or unintended impact on particular groups,” Minister for Police and Emergency Services Mick Gentleman said.

“A two-year imprisonment penalty balances protecting and supporting police and other frontline workers with ensuring we do not infringe on human rights.”

It is a tenuous justification in the eyes of the AFPA, though.

“Where are the human rights for a police officer? You are not going to go to jail for two years, that just will not happen for a first offence, it is just an absolutely outside maximum,” Ms Smith said.

The AFPA estimates around 50 officers are assaulted in the ACT every year, but it says the offence is underreported as officers do not normally report assaults knowing they will not be supported in court or that it will be discounted as a standalone incident.

In other states like Queensland and Western Australia, assaulting a uniformed officer can result in seven years behind bars, while numerous other states have introduced specific offences against spitting at officers during the pandemic.

“Everyone else is well in front of the ACT … they are years behind everyone else. Years. Do not tell us you are fighting for police and frontline workers when it has taken so long to get to this point,” Ms Smith said.

“I am really grateful and my members are really happy with it, but let’s not get too excited.”

Whilst I have full respect for all police officers, they should not receive specific protection not available to other citizens.

It looks bad and is far too open to abuse by those officers evem though the vast majority of them are good people.

We are all the same, no citizens should be given extra rights like this.

The real problem is that assault punishments in general are far too lax for everyone.

Guy Be17 minutes ago 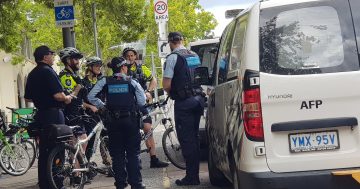 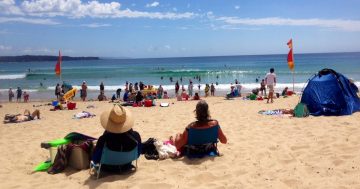