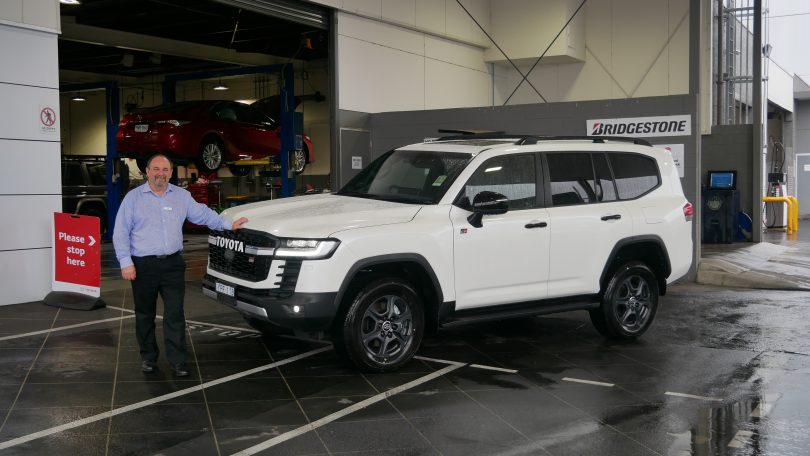 He has been around them, driving them, tinkering with them, and sorting parts for them since 1978, when – at the tender age of 16 – he arrived at the Toyota dealership in Fyshwick with plans to become an apprentice mechanic.

He still sits behind the spare parts desk to this day, his original employment contract framed and pinned to the wall.

Canberra Toyota, made up of four blocks in Fyshwick, Phillip, Belconnen and Gungahlin, is a heavyweight among Australia’s Toyota dealerships.

Needless to say, it was a different look and feel back when Daryl started. It was very much a humble family affair owned by three brothers. 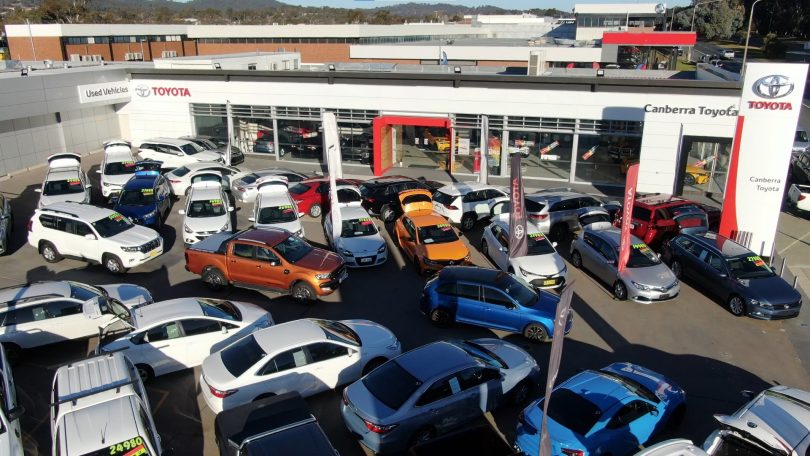 Paul Shepherd and his two brothers Norman and Bert had previously operated an Ampol service station in Queanbeyan. This meant they frequently crossed paths with a certain Sir Leslie Thiess on his way to the Snowy Mountains Hydro-Electric Scheme.

Sir Leslie was a construction magnate whose mining company had won the contract to build the largest hydroelectric project the world had ever seen in the rugged Snowy Mountains.

For this, he needed a vehicle that would be quite happy running up and down the muddy and rocky trails, and Land Rover was struggling to keep up with the demand. Sir Leslie decided to import 12 examples of a new 4WD he had seen making headlines in Japan.

Scepticism that Japan could produce a rugged vehicle was high, but the sheer off-road capability of the Toyota LandCruiser couldn’t be denied. 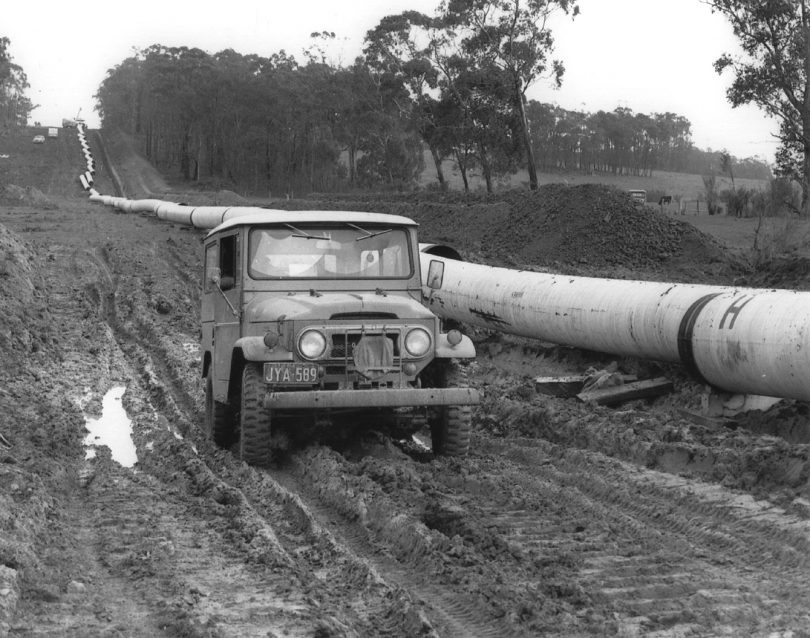 So impressed was Theiss that he applied to become an official distributor, and in 1959, Thiess Holdings made Australia the first official export market for the Japanese brand.

A few kilometres down the road in Canberra and using Thiess as their supply line, the Shepherd Brothers set up a new Toyota dealership in October 1962, selling vehicles across their commercial range, including utes, vans and 4WDs.

By their 20th anniversary, their sales were above the per-capita figures seen in the other states. Such was the cause for celebration that the Shepherd Brothers included a free cassette player in every new car bought – valued at $215.

Thiess wasn’t on its own, though, and before long, other distributors were getting in on the action.

The honour of the first Toyota dealership in the ACT goes to Terrence John Freebody. His dealerships serviced the market for Toyota’s passenger cars, including the Cressida, Crown, Corona, and best-selling Corolla. Freebody later sold this to York Toyota, the NSW distributor for Toyota passenger cars. 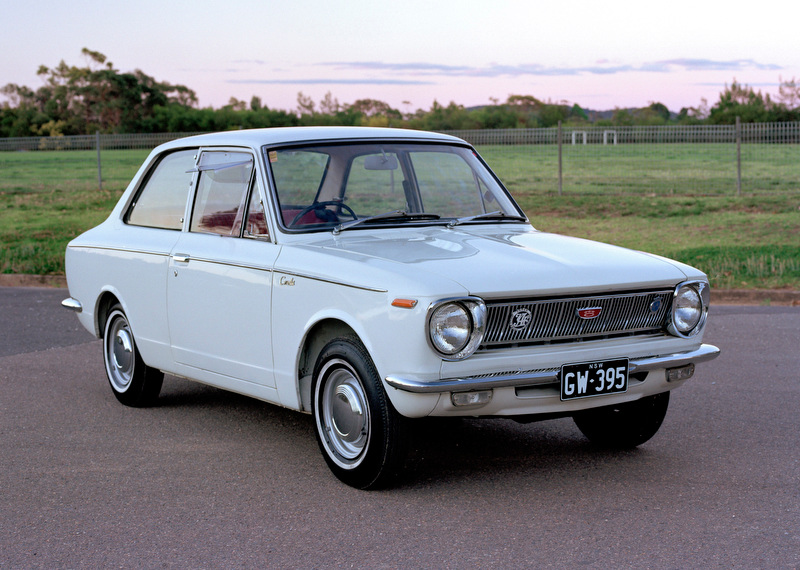 In 1980, the Toyota Motor Corporation (TMC) moved in and scooped up the distribution of the commercial vehicles from Thiess. Eight years later, the Janrule Automotive Group bought the York and Shepherd Brothers dealerships to form what we know today as Canberra Toyota.

Daryl says the biggest change for him came in 1992 with the Electronic Parts Catalogue (EPC).

“This made it so much easier to track spare parts for individual vehicles, especially with so many more Toyota models on the road.”

Another highlight for him was seeing the evolution of the automobile over the past 43 years.

“They’ve just come such a long way, and are so much safer and better-made in so many areas.” 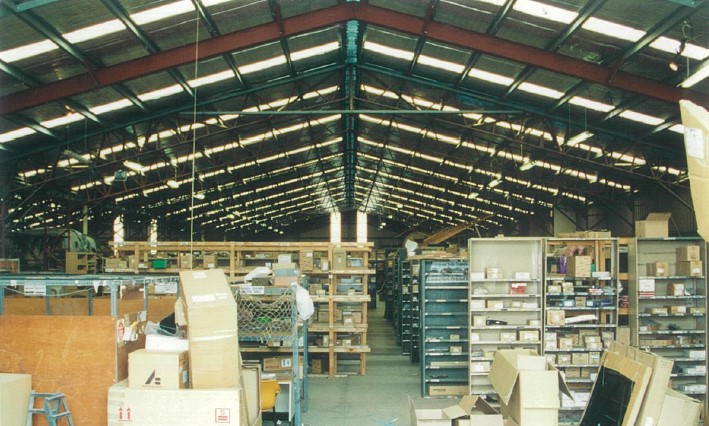 Daryl’s car journey starts with not one but two first cars. There were both Holden HD sedans in fairly dilapidated states, so he says that to avoid a lecture from his mother on the wise spending of money, he amalgamated the two into a fully functioning car over at his friend’s place.

“Only then did I tell them I had bought a car.”

Understandably, there are also quite a few Toyotas in his car history. Before he was married, he would often join his friends on 4WD treks through the wilderness in his 60-Series LandCruiser. This was followed by a Cressida when he did get married and when their fourth child came along, a Tarago. The honour of dream car goes to the V10-powered Lexus LFA supercar.

Daryl says there are still a few useful years in him yet but come retirement, he hopes to caravan and camp around Australia with his family in his new LandCruiser 300.

Congrats Daryl, was lucky enough to work with you many years ago and remember you well.

I’m lucky enough to call this legend my uncle 😍

Anneke Huender the early days of Shepherd Bros was a real family affair as my Dad worked there too! Dad also worked for Toyota but uncle Darryl was a loyal employee in it for the long haul 😜

Janeanne – that’s awesome…..and your Uncle Darryl definitely was it for the long haul 🤗

I’ve got his Hail damaged Rav4 🙂