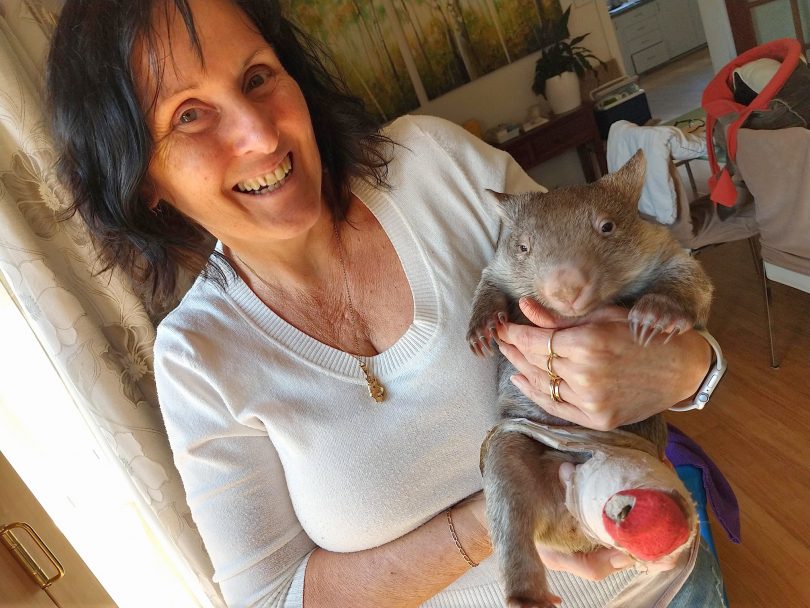 At least 30 per cent of phone calls to ACT Wildlife are going unanswered as carers and volunteers struggle to keep up with reports of injured wildlife.

ACT Wildlife president Marg Peachey said the numbers of animals in need of rescue and the lack of funding for a permanent phone operator has stretched the volunteer-run organisation to its limits.

“We’re finding it very hard because of a lack of volunteers,” Ms Peachey told Region Media.

“We’re not maintaining our phones very well and most days we haven’t got enough people to answer the calls that are coming in.”

Ms Peachey said the organisation has been receiving an influx of calls from people who simply don’t know what to do when they see injured wildlife and this is putting a strain on their resources.

A tireless worker for ACT Wildlife, Ms Peachey has recently been relocating a family of plovers that were nesting in the median strip along Drakeford Drive.

“The Canberra public expect a lot from us. There is a perception that we are employed by the government and that we must come straight away,” she said.

“People expect us to come out for everything, and we’d encourage the public to do some things for themselves when it comes to animal welfare.” 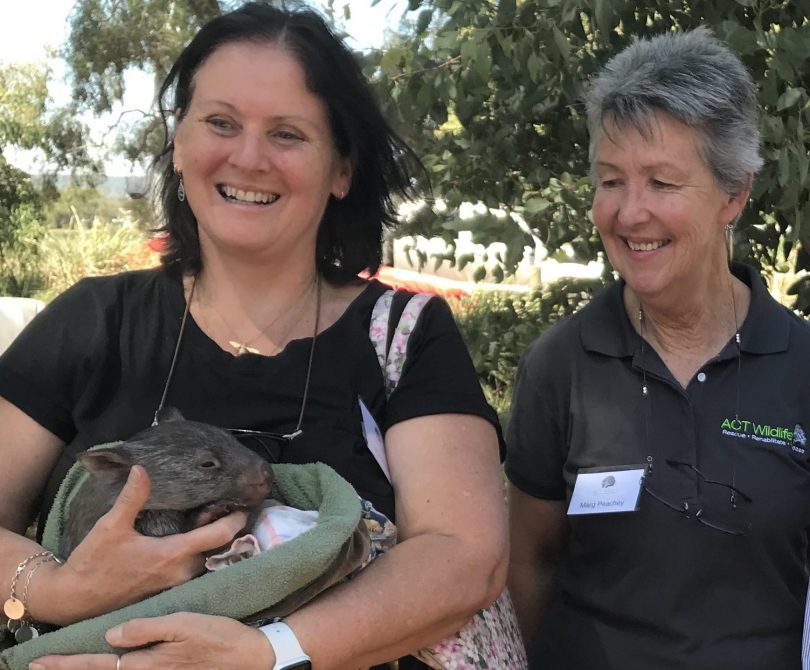 ACT Wildlife recently received a grant from the ACT Government to help cover the costs the organisation bears, but Ms Peachey said their army of carers already has their hands full.

“We’re getting about 80 calls a day and about 30 per cent of those calls are going unanswered.

“A lot of the calls are for advice and to help animals that people have found. We just need to let people know what to do. We need people to go pick up animals and do small rescues.

“Some days there is nobody to answer the phones at all,” Ms Peachey said.

ACT Wildlife has about 40 active carers, which includes about a dozen people who answer phone calls and provide transport for injured animals.

A recent call-to-arms for more volunteers via social media saw about 50 people register their interest, but Ms Peachey said only four people turned up.

“People react with emotion, but when the time comes, they become too busy to follow-up, and we put a lot of effort into that training.”

Ms Peachey said ACT Wildlife is looking to appoint someone in the new year to a paid role to answer their phones.

“We can get 20 calls in an hour, but they all come at once and they all need an outcome. Do we give advice, do we send out a rescuer or do we refer to another agency or a vet? It’s a hard slog just trying to answer all the calls.

“The government has given us some money, which we are grateful for, but we just haven’t had the time to get an employee because we haven’t got enough volunteers to cover all of the work.” 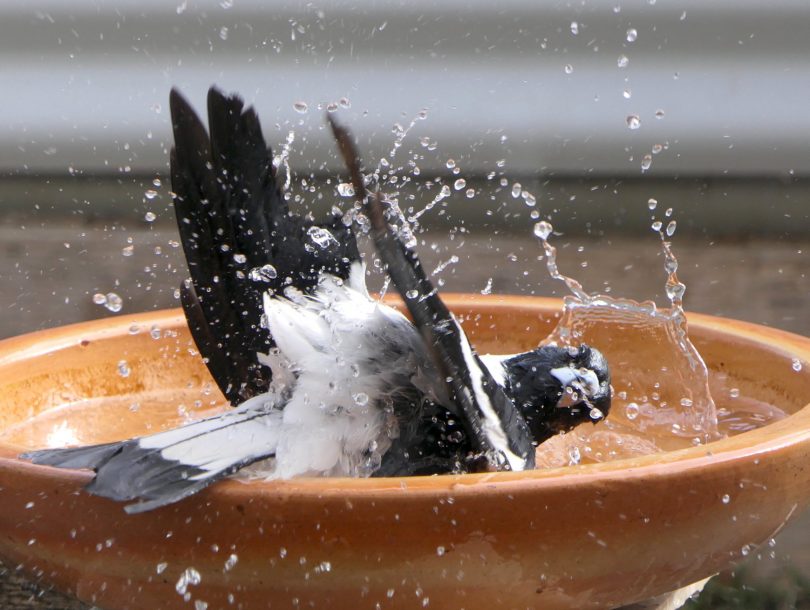 Leaving out a bowl of water is one of the best things you can do for wildlife. Photo: ACT Wildlife.

Ms Peachey said not every animal-related incident requires a response from ACT Wildlife. If an animal is obviously injured, it should be taken to a vet but “if the animal is not injured, just leave it alone. If there are baby birds, then make sure the parents are around and leave them alone as the parent will look after them”.

Given the current hot conditions and lack of water, Ms Peachey said the best advice is to leave out a bowl of water.

“There are all sorts of snakes and echidnas and kangaroos moving through, so just put some water out, but not too deep so that they can access it easily.”

Kellie Yarrow - 17 minutes ago
We’ve seen some in Queanbeyan on our regular walks. View
AZ Hukic - 33 minutes ago
we have been doing this last few days. My daughter is painting them and we scatter them on our walks around Theodore View
Raeline George - 39 minutes ago
Christine Stapleton perfect pens for the job! https://www.kaszazz.com/cart/default.aspx?ConsID=101594&code=7898... View
Business 22

Warren Curry - 32 minutes ago
Damien Benney Politicians with conservative policies that treat health care as a business proposition. View
Matt Perry - 2 hours ago
Is it a plan to get the the whole state as public servants ? View
Alexei Gorbatov - 2 hours ago
Why we don’t hear that money go to strengthen our hospitals? View
Motoring 2

James Forge - 32 minutes ago
“Might not be anything special” At least it is low and sleek like cars should be.... View
Ed N Joanne Towner - 3 hours ago
Had one of these and it was an excellent vehicle and great to drive. View
News 13

Lottie Maree - 51 minutes ago
I’m in my early 30s and have been told my age is already a barrier in accessing employment. From mid 20s onwards it’s bee... View
Stephen Ellis - 1 hour ago
Craig Butler that’s a huge positive. Shows how people like Damien and me can recall the good times and forgive recent poor... View
Maya123 - 1 hour ago
I've been discriminated against because of age. After being laid off with many others, mostly older workers - I was 51, I app... View
Lifestyle 1

Horrific toll as wildlife bears the brunt of hailstorm

@The_RiotACT @The_RiotACT
The AIS Fitness Centre will not be reopening come the end of COVID-19 restrictions, leaving 200 members annoyed that they weren't consulted over the change https://t.co/SwfCpZJz7z (34 minutes ago)