Overdose report confirms Canberrans have a problem with pharmaceutical opioids 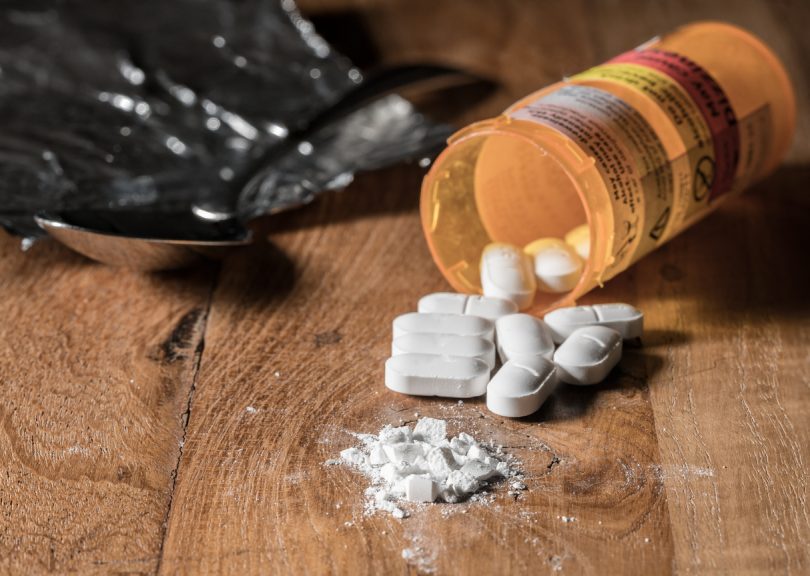 For every 1000 people in the ACT, about 15 doses of oxycodone and about 10 doses of fentanyl were taken every day, according to the National Wastewater Drug Monitoring Program. File photo.

Fatal drug overdoses in the ACT from prescription drugs and stimulants such as ice have surged in the past decade, with pharmaceutical opioids leading the way, according to a new report.

The Penington Institute’s Annual Overdose Report says the number of Australians who die from unintentional drug overdose each year continues its long-term rise, pulling away from the road toll in its impact on society.

From 2013-2017, the number of people who died from pharmaceutical opioids such as oxycodone and fentanyl outpaced those from heroin, compared with the period 2003-2007.

A decade ago there had been 11 pharmaceutical opioid deaths but by 2017 this had risen to 32, compared with heroin which went from 18 to 30 deaths over the same period.

The next highest cause of death was the anti-anxiety drugs, benzodiazepines, including the most commonly prescribed diazepam and temazepam. They become particularly dangerous when mixed with alcohol or opiates.

The number of deaths went from seven to 26, on a par with the numbers for stimulants, which the report says are primarily taken for recreational or non-medical purposes and include amphetamines in powder (speed) and tablet form but increasingly as crystal methamphetamine or ice. MDMA or ‘ecstasy’ is also classed as a stimulant in the report.

The number of deaths due to stimulants increased from eight in the earlier period to 25 by 2017.

Deaths from other pharmaceuticals also rose but by not as much, going from two to eight.

Opioids were the drug group most commonly identified in unintentional drug-induced deaths in 2017, with numbers increasing from 338 in 2006 to 904 in 2017.

But heroin was the bigger killer in the capital cities, increasing dramatically since 2014 (from 156 to 271 in 2017), while deaths involving opioids outside of capital cities continue to be dominated by oxycodone, morphine and codeine (123 deaths in 2017).

There were 583 benzodiazepine deaths and 417 involving stimulants.

It revealed that the ACTs opioid consumption was among the highest in the nation based on the wastewater findings for December 2018.

For every 1000 people in the ACT, about 15 doses of oxycodone and about 10 doses of fentanyl were taken every day.

Like most of the developed world we’re looking for ways to dull the pain. The big pharmaceutical companies are more than happy to give us the way! Perhaps it’s time to try alternative pain relief – hemp seed oil.

Carole Ford hmmm, hemp seed oil is a great source of omega3 but no cannabinoids whatsoever. You mean hemp or cannabis flower extract.

Scott Harvey yep you’re probably right there. Never tried to myself, so I wouldn’t know!!

The medical oil has many uses for serious illness and is prescribed now in Australia by doctors. However, for severe pain, opioids are the only effective drug.
https://www.tga.gov.au/access-medicinal-cannabis-products-using-access-schemes

It’s a bit of a play on statistics saying that because 15 doses of oxycodone and about 10 doses of fentanyl were taken every day for every 1000 people that it’s a problem for all Canberrans. I’d imagine of the people prescribed stronger pain killing drugs, many would be elderly in the last stages of dying, and others would have chronic illness needing pain relief. Doctors here don’t prescribe strong painkillers unless there is a serious reason (and there are checks on these prescriptions). They certainly don’t give them to drug addicts who can easily buy heroin or whatever they want instead.

The fact that a few extra motorcycle gangs have moved base to Canberra is testament to its illicit drug problem.