Plant giveaway on again in Civic and Braddon 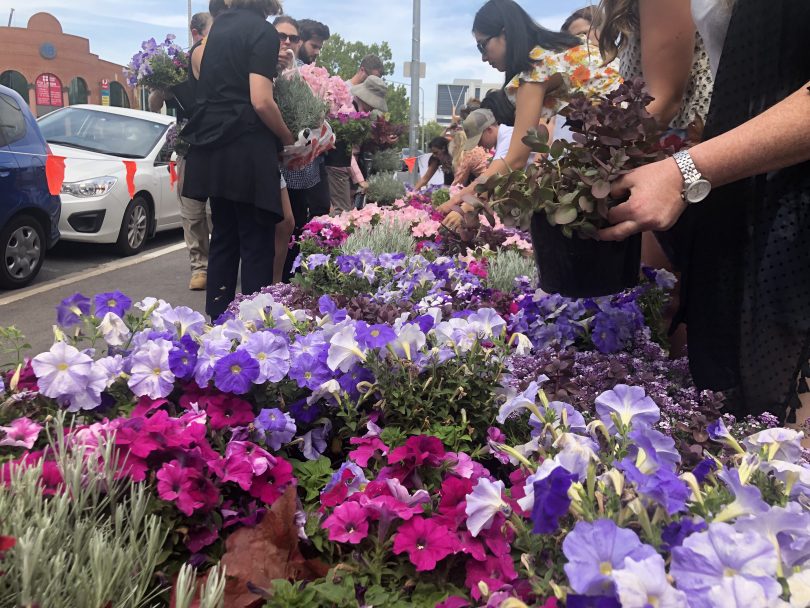 About 1000 plants are up for grabs in the city on Wednesday in the City Renewal Authority’s annual giveaway.

Civic and Braddon’s flower displays are getting a refresh for the new season and the community is invited to give the existing plants new homes.

The plant giveaway helps make way for the city’s planter boxes to be refreshed with new varieties of ornamental flowers and foliage to reflect the upcoming changing season.

“These particular flower displays have been installed in several of our public spaces in Civic and Braddon since August 2018, and along with our new street furniture, games and street trees, bring greenery and beauty to these spaces for the community to enjoy,” Mr Snow said.

“As winter progresses and spring approaches, we refresh our flower displays with more seasonal varieties, but we don’t want the existing plants to go to waste. We want them to go to good homes where they will be enjoyed by the community in their own gardens and balconies.”

Plants that will be on offer in the giveaway include varieties of Salvia (Mirage, Leucantha Velour Mix), Nandina (Citylights), Arctotis (Safari Daises), Diascia (Picadilly, Little Dreamer) and Dianthus (Super Parfait, Everlast) among others.

The plant giveaway starts at 12:30 pm across three different locations:

A limit of four plants per person will apply so that everyone has a chance to pick something up.

The flower displays are an initiative of the City Renewal Authority, made possible through the City Centre Marketing and Improvements Levy.

Charley Carey - 13 minutes ago
Kelly Emblen. This is perfect its almost your own island View
Margaret Harries - 7 hours ago
What a fantastic house and property, I love it,wonder what’s the price their asking for it View
Lifestyle 4

Sally Hopman - 22 minutes ago
Maureen Lancaster I can check with Angela. 😀 View
Opinion 102

You can join Canberra’s very own amazing race challenge