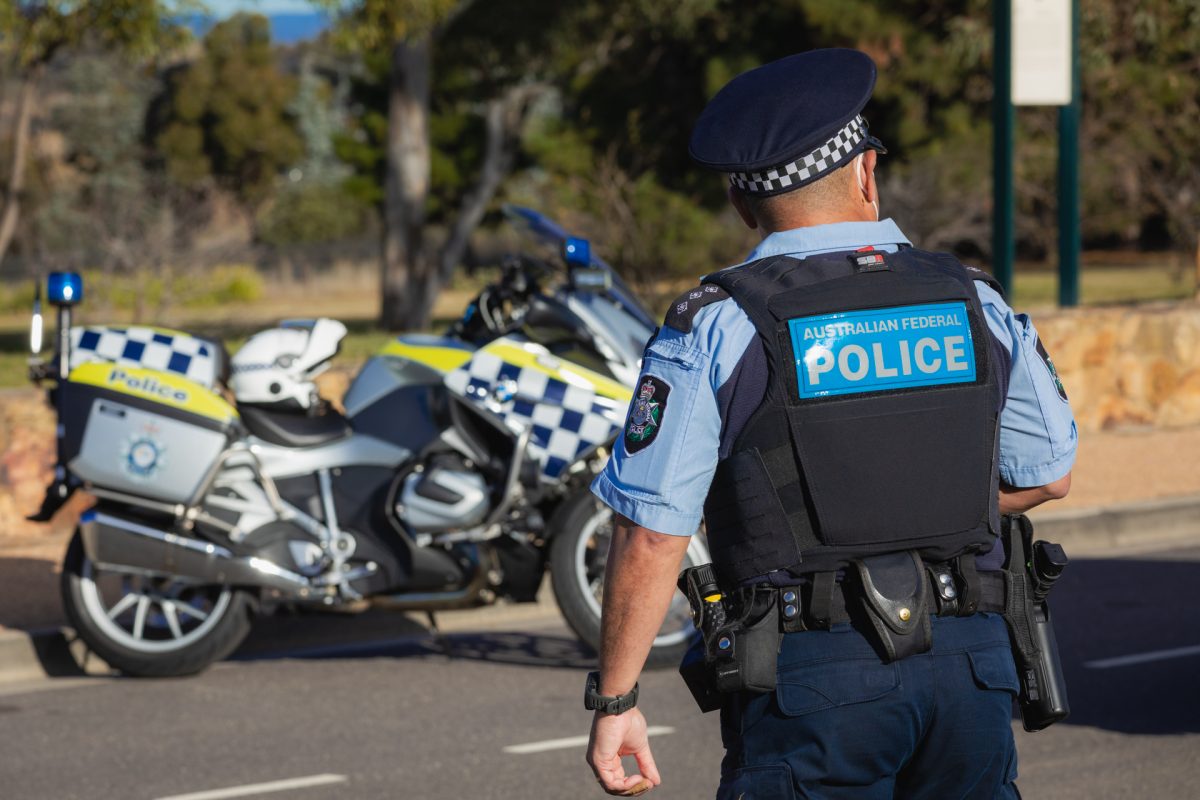 A man’s been charged with multiple offences after allegedly fleeing from police. Photo: Michelle Kroll.

A 32-year-old man’s been charged with multiple offences, accused of running from police in Tuggeranong.

Officers tried to stop a blue Peugeot hatchback on Heagney Crescent in Richardson at about 1:20 pm on Monday (10 October), which they said didn’t stop.

Police said the vehicle “failed to negotiate the intersection” with Goldstein Crescent soon after, making the car “undriveable”.

The man allegedly ran away with police and canine units not far behind.

The man was found by the canine unit a short time later, allegedly hiding in the backyard of a nearby home.

Police said the man had recently been released from custody on bail. He’s since been charged with breach of bail, unlicensed driving, fail to stop for police, drug driving and aggravated reckless driving.

Another one? What the *%## is going on, Canberra? Seems to be a conveyor belt of people committing serious offences, getting bail, going out to commit more serious offences (repeat ad nauseum) and there are no consequences?….what about community safety?

Police should have let him escape and saved their efforts. The Courts will grant further bail and the Rattenbury sees nothing wrong with that. Nothing to see here move along.

Another person committing breaking the law while on bail…