Police gearing up for a Safe Summer 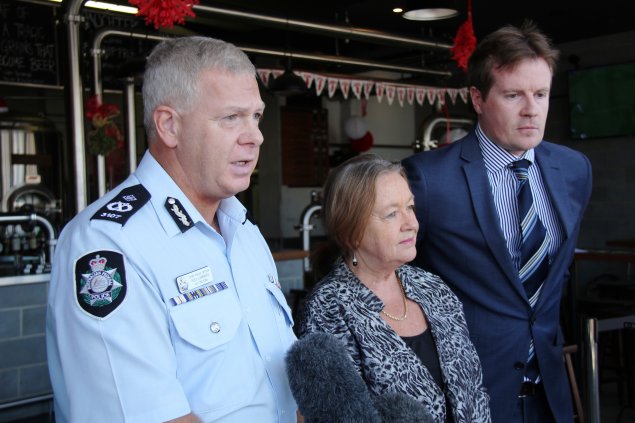 “The summer period is a busy time for everyone, with Christmas parties and New Year’s Eve celebrations, and upcoming events which attract large crowds, such as Summernats, Australia Day and Prime Minister’s XI cricket match,” Ms Burch said.

“The Safe Summer campaign targets alcohol and drug consumption, road safety and personal safety, to make sure that everyone has a safe and happy summer period.

“Unfortunately, intoxicated people become more vulnerable to either committing a crime, or becoming a victim of crime. One of the most effective ways to stop alcohol-fuelled violence is to reject risky practices, such as binge-drinking. We must send the message that we don’t want it, and we don’t want to associate with those who do.”

The 2013-14 Safe Summer campaign saw a decrease of 39 per cent in alcohol-related violence incidents, a 22 per cent decrease in fines for anti-social behaviour, and a 47 per cent reduction in fines issued for urination in public places, compared to summer 2012-13.

Police will maintain a highly visible presence on ACT roads throughout the summer, targeting speeding, impaired and high-risk drivers, with a push towards a zero road toll for the Christmas/New Year period.

“Building a safe, secure community is a partnership in which all stakeholders – licensees, police, government and the public – have important roles to play,” Ms Burch said.

Deref - 34 minutes ago
It'd be handy to know the vaccination status of those in hospital and the ICU. View
Property 20

Sam Oak - 46 minutes ago
Ken, but the other 50% is usually taxed at the highest tax rate of 45%. Add the fact that normally your deposit to buy the ho... View
chewy14 - 7 hours ago
"And that’s exactly my point. The ordinary Australian family is not expected to have financial nous which makes property su... View
Food & Wine 1

Futureproof - 2 hours ago
The roundabout at Monaro Highway/Isabella Drive is particularly dangerous with the height of the grass. You should be able to... View
Capital Retro - 2 hours ago
That would be tantamount to the cosseted cyclists in Canberra who get free bike tracks and then complain that they can't use... View
bigred - 3 hours ago
Of course, both sides of politics could encourage interested and motivated residents to "adopt a patch" and reduce the total... View
News 1

@the_riotact @The_RiotACT
#Jerrabomberra residents have been waiting for a high school for decades, but will it be big enough when it opens its doors in 2023? Plans for the new school have been released and locals are concerned https://t.co/hrpMDRz4yg (40 minutes ago)