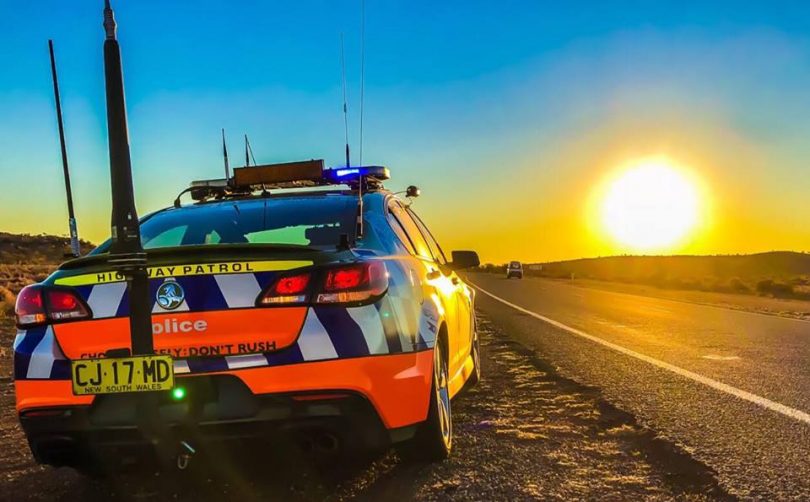 Police are looking to locate the driver of a car involved in a pursuit this morning on the NSW/ACT border.

At around 8:30 am (May 22) police on the Kings Highway near Braidwood saw a Holden Commodore that matched the description of a vehicle involved a fraud matter at a Bateman’s Bay service station earlier.

Officers signalled for the vehicle’s driver to stop. When the driver did not stop, a pursuit began.

As the cars reached the outskirts of Bungendore, the pursuit was terminated for safety reasons.

A description of the car was broadcast to ACT Police and surrounding local areas.

The red Commodore sedan, which does not have its front bumper, was later located in the ACT.

Police from Monaro Police District and Southern Region Highway Patrol are continuing their inquiries to locate the driver, with the Westpac Lifesaver Helicopter brought into the search this evening.

Gordon Arthur Truesdale - 3 minutes ago
Good one!, Garry, when the machines were first mooted, I asked Lionel James about them, suggesting they would take over the c... View
Denise Bourke - 36 minutes ago
Not a blessing for those supposedly buying the homes for aging. Very creative and imaginative but hardly a good match. View
Gary Hatcliffe - 4 hours ago
Get rid of the pokies and I'll rejoin.🤔 View
Opinion 80

Nada Krstin - 6 minutes ago
Deborah Gale what, your narrative keeps changing? " People in medical or aged care environments are at increased risk" - but... View
News 12

Denise Bourke - 17 minutes ago
insurance'll cover that Shirley View
John Killeen - 37 minutes ago
At least the new electric fire trucks will always be first on-scene to a battery fire! View
Colin Mitchell - 40 minutes ago
Nick Anderson and they don't have service to... View
Opinion 2

Nada Krstin - 31 minutes ago
Zoya, I don’t understand why you even call these people ‘smart’? What makes them ‘smart’ – a uni education or fol... View
Community 5

Warren Warrenson - 40 minutes ago
Those are some big days… carrying packs or with support vehicles etc? View
Xuan Le - 2 hours ago
I wish I knew this earlier.... View
Allan Hill - 3 hours ago
Good one Todd man. Got confidence in you... View
Opinion 11

James Daniels - 59 minutes ago
Steve Ross despite any shortcomings, NSW government support for small businesses has dwarfed that provided by the ACT governm... View
Sport 1

Phillip will go without its swimming pool this summer after its management confirmed opening would neither be viable nor possible...
Opinion 80

@the_riotact @The_RiotACT
Are you familiar with creepy facts? If so, this ghoulish Ken Behrens #Quiz is for you! It has plenty of spooky stuff for #Halloween, plus a few other bits about Canberra and current affairs https://t.co/kjZY3kTHca (1 hour ago)