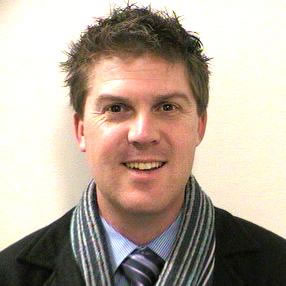 ACT Policing are still appealing for the public’s assistance to help locate missing man Stuart Heddle, who went missing from his Chisholm home on the morning of Saturday, 13 December.

We have been advised that Stuart left his home on foot on the morning of Saturday 13 December at approx 7.30am to go to water polo in Tuggeranong, however, he never showed up. Stuart has not been seen or heard from since.

Stuart is described as a loving family man and very community-orientated. This is completely out of character.

The 39-year-old is described as 6’ tall (183cm), Caucasian, short dark brown hair and light brown eyes with a thin build.

On the morning he disappeared, Stuart was wearing a brown/maroon converse hoodie, black sport shorts and grey and white Asics shoes.

If you have any information about his whereabouts please call police operations on 131 444.

UPDATE – ACT Policing has located the body of 39-year-old Stuart Heddle after he went missing on Saturday (December 13).

The man was located at 11.15am today, after an extensive search operation was coordinated by the AFP Search and Rescue team, utilising resources from the ACT State Emergency Service.

At this stage there are no suspicious circumstances surrounding his death and a report is currently being prepared for the Coroner.

The Heddle family has requested that the media respect their privacy at this time.

Arleen Stark - 14 minutes ago
That is all very well Ian, but a branch does not have to be dead to fall. We have had 3 huge branches fall in the last 2 year... View
Colleen Whichelo - 2 hours ago
The trees need to be in the bush where they belong & where no humans reside. Bloody gum trees are the worst most dangerous of... View
Ulrich Belcher - 9 hours ago
Took a full 3 years to have a council tree inspected after I lidged the job and chased it up many times, even though it was a... View
News 240

Mechanism Of Action - 56 minutes ago
Nugget Harris as they should be View
Silentforce - 10 hours ago
Another solution would be to enforce pedestrian laws (if any in the ACT). Working in Civic, each day I witness jay-walking, c... View
Tāmati Kentwell - 10 hours ago
Hugh Gregory most income based schemes like this take into account number of dependents View
Community 43