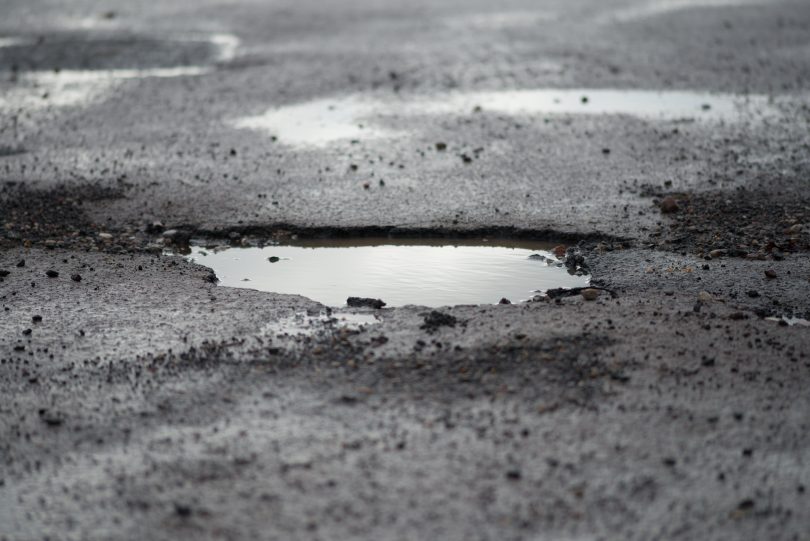 Turns out all the wet weather has been wreaking havoc on our roads. Photo: File.

While COVID stalks the city, our everyday concerns remain real and this week, our polls are all about the roads, from speeding fines to cavernous potholes.

Readers were generally irritated by the decision to change speed limits in Civic to 40km/h along Northbourne Avenue, rejecting the idea that this was a safety measure that would protect pedestrians.

Thousands have been pinged by the speed cameras in recent months, but plenty of people also thought there had been ample warning and that drivers must have known they were doing the wrong thing.

We asked: Are the speed limit changes and fines on Northbourne a good idea?

A total of 826 people voted. Your choices were to vote Yes, they protect pedestrians and were well signposted. This received 33 per cent of the total, or 273 votes.

Alternatively, you could vote No, they won’t change safety and are all about revenue raising. This received 67 per cent of the total, or 553 votes.

This week we’re wondering about whether the ACT Government should pay for pothole damage to your car.

There have been potholes aplenty after this very wet winter (including a monster just outside the Region Media office).

Car fan Taylah Kolaric says she sustained significant damage to her new white Falcon after driving through cold mix washed out of a stretch of potholes on Belconnen Way in Hawker.

The ACT Government does not automatically accept liability for these sorts of incidents, but a government spokesperson confirmed that there had been 61 claims from drivers for damage to their vehicles from potholes in the last two financial years, and it had paid out $37,320.

So should the taxpayer be funding damage claims? Not everyone thought so.

Peter Bucke wrote: “Can we also claim compensation for punctures from nails and screws littered around streets from knock-down rebuilds?”

Others pointed to the proliferation of low profile tyres, described by some as little other than “rubber bands”, and the risks they pose.

But Damien Hawkes, who had a similar experience, wrote: “Generally speaking, the government is liable for damages from the time they are notified and have knowledge of the issue up until they fix it/place signage/take action to mitigate the risk to road users. If the repair started to fail and they weren’t aware at the time of the incident it’s going to be hard to win that claim.”

Another user thought Fix My Street could work better.

“Really, it needs accept or reject the outcome buttons. I put in a report that my stock-standard car bottoms out and scrapes on my partner’s driveway apron and the footpath where the concrete has lifted. They came out and did a great job grinding the apron but the footpath was untouched.

“My car still bottoms out when crossing the footpath and it remains a trip hazard. A simple button to say ‘no, not fixed yet’ would be far better than having to completely submit again and would have also been helpful to Ms Kolaric.”

Can I claim reimbursement for the brakes I had to replace prematurely because of all the speed bumps everywhere? (Normally I get well over 100,000km out of a set of pads, but I had to replace the last set at only 45,000km). Which of course begs the question: why waste money fixing potholes when the ACT Government is just wasting more money installing “inverted potholes” (aka. speedbumps) everywhere?

Of course they should pay to fix your car in these circumstances.

You can’t always miss a new pothole when you are driving in traffic, they can pop up out of nowhere.

What aren’t Ken Behrens cranky about though.

So what you are asking is should the government pay for damage caused by people’s poor choices in that they don’t adjust their driving to the road conditions?

Grahame Watson ?? don’t understand your comment – people driving to conditions and speed limits that come across massive potholes, unavoidable and unseen until last minute and damage is done…
yes, these potholes do need to get repaired

What is with the people who create these poll questions. They come across as the type of people who set up polls designed to give the result they want.

How about as well as the “No” and “Yes” options there is a “Perhaps” one.

Potholes are a part of driving. Care should be taken when driving and sometimes bad luck just happens. So in general I’d go with “No’. But I have seen cases where the potholes seem to occur again and again at the same place despite band-aid attempts to fix them, and also places where a hole has just grown bigger and more dangerous over weeks or months and appear to just be ignored.

So in some cases I would argue the government is at fault because they have failed to make a reasonable effort to resolve the problem.

If anyone is interested we could vote on whether the poll makers on Riotact are:
A) Trying to manipulate the results
B) Really bad at polls (i.e. would fail a high school assignment requiring them to conduct a poll)

Yes we have to maintain our cars they should maintain the roads!!

Is this why eveyone seems to need a massive 4WD just to go to the shops?

Having driven recently from Goondiwindi to Canberra avoiding Dubbo, I believe NSW roads are much worse than Canberra. Some potholes in NSW were edge to edge and unavoidable.

They already do if the pot hole has been reported but not fixed with in the sla.

Yes they should, cause their poor road network management is causing the damage

Shayne Borger They should also charge way more for cars that weigh significantly more than a standard family sedan. These urban assault vehicles are the reason for the potholes in the first place.

1500-1600kgs. That’s reasonable. And historically around the mean of what roads were expected to take. These days, below 1500kgs isn’t overly common, and well above 2 tonne is just as common, plus there are heaps more cars, meaning disproportionately higher number of >2tonne vehicles. The road system wasn’t engineered to take that kind of load.

Tradies can write off rego on tax. Either way, more money for roads and hopefully reduce the number of behemoths not used by tradies that aren’t necessary. We’ll have to agree to disagree, but tradies wouldn’t be unfairly disadvantaged. My car weighs a little over 1400. A modern lightweight.

Writing more expensive rego off on tax is a ridiculous argument.
How do you know what their situation is when they are driving around. Maybe they use it for a caravan and it’s their only car for the family also.
My rego is $1600 x 3, plus caravan, plus 2 x trailers.
My trailers weighs more than your car so I guess I should be charged more for that also.
I think my 6K plus is more than enough per year

Jason Chalker you’re confusing need with want. There are legitimate users and people that somehow want that status. Either way, heavy cars are creating more damage to the roads. Seems a fair price to pay.

Steve Crispin I’m not confusing it at all. Show me a car that weighs less than 1600kg that can tow 2 tonne or more. There isn’t so they need a certain kind of car to perform that duty.
When I buy a Silverado 1500 I’ll be sure to swing past your house and drive up and down your street several times 😂😂

Steve Crispin I’ll agree there are probably many that are bought for want. That doesn’t mean the people who actually don’t have a choice should be penalized.
Tell me exactly why no one needs a Silverado or dodge ram

Jason Chalker the current crop of 4wd utes on offer are capable of towing massive loads. Unless you’ve got a millionaires yacht with its own 40ft runabout, you likely don’t need your driver to use one. We agree on the core issue, just not the bits around the edges. 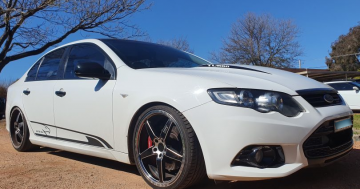 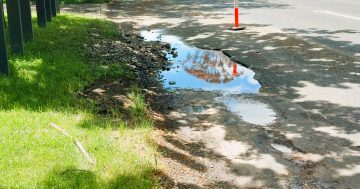