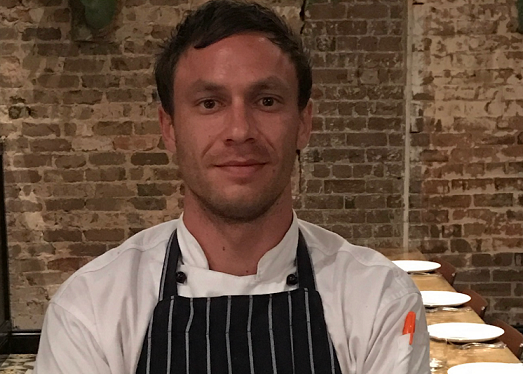 A young Canberra chef with a passion for creative plating will compete against thousands of chefs from around the world for a prestigious title that would launch his international culinary career.

The global S.Pellegrino Young Chef Competition is one of the toughest contests out there for young chefs. I was privileged to interview one Canberra entrant and discuss his unique creation.

Michael Carey is a chef with Kingston’s Jones & Co Eating House. He has worked as a chef since beginning his apprenticeship in 2008. “Canberra’s food scene has leapt ahead in bounds since I first started cheffing,” he said. “Especially in the last five years, it has become such an innovative and interesting community.”

Michael was inspired to become a chef from his love of nature and of art, inspired by a horticulturalist father and a crafty/arty mother. “Growing up I had a strong appreciation for nature, plants, animals and everything the earth has to offer,” he said. “Even just for water, which pretty much is the elixir of life and the source of everything we eat.”

He started cooking in primary school, and by high school had taken over the kitchen at home. His mum was delighted – except when it came time to go shopping. “I wanted to buy everything,” he laughed.

While he loves cooking, his real passion is for plating up food and finding the best way to manipulate food to make things look attractive. “Plating is something that is hard to teach or to replicate,” he said. “You need your own creative spark.”

Creativity, nature and art are all on display in Michael’s entry for the S.Pellagrino award. His prawn and chicken based dish symbolises Canberra’s location half way between the sea and the country.

When I saw the picture of his dish, I immediately wanted to know what the black thing on top was. “I thought the dish featured prawns?” I found myself asking. “And doesn’t that kind of look a bit scary?” 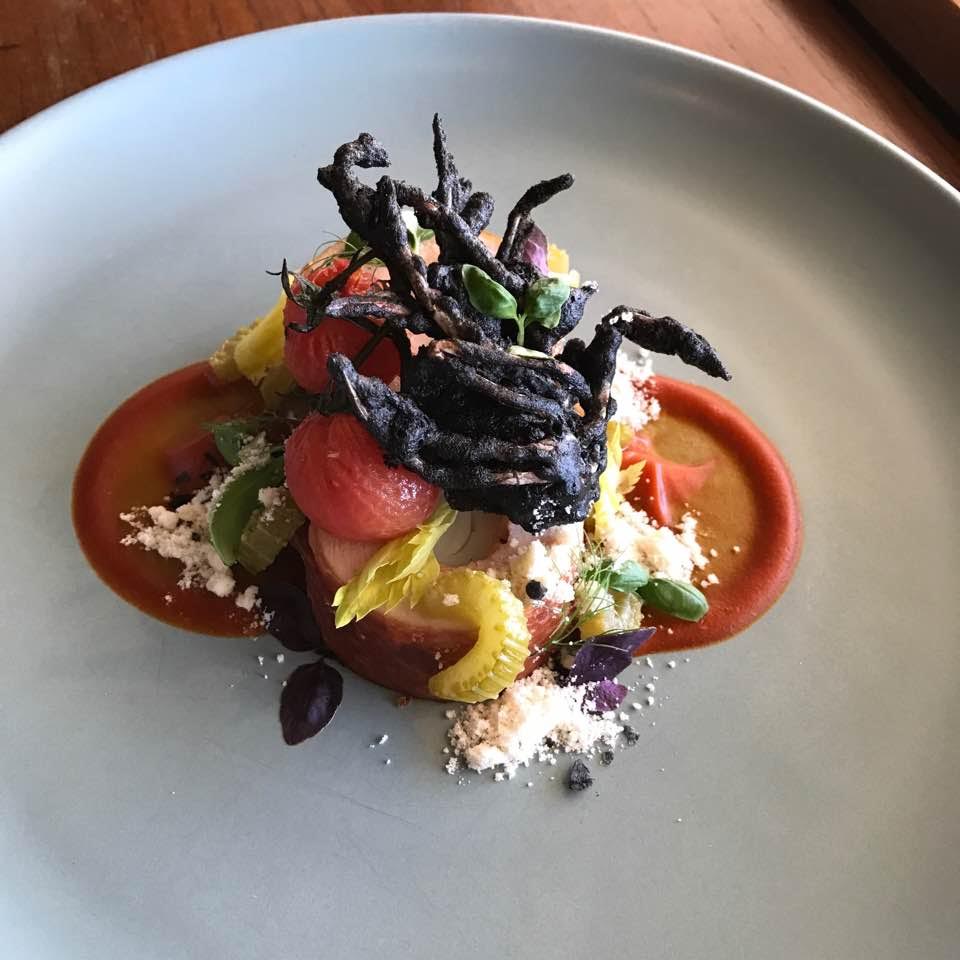 “Yes, that is a prawn,” he said. “Giant beer-battered king prawn legs cooked in squid ink, designed to look like a huntsman spider – like those found in many Canberra homes.” He chose to feature prawns because the industry has suffered over recent months due to problems with imported prawns containing white spot disease. His aim in featuring prawns is to support the Australian prawn industry.

The prawn sits on top of a chicken, prosciutto and prawn ballotine, and is served with prawn bisque (made, if you are wondering, using leftover prawn pieces to reduce wastage).

Michael is one of thousands of entrants throughout the world. The next stage will be a shortlisting in which the top ten young chefs compete. I wish him all the best with his creations.

What do you think of the Canberra food scene? And is Canberra an innovative place for young chefs?