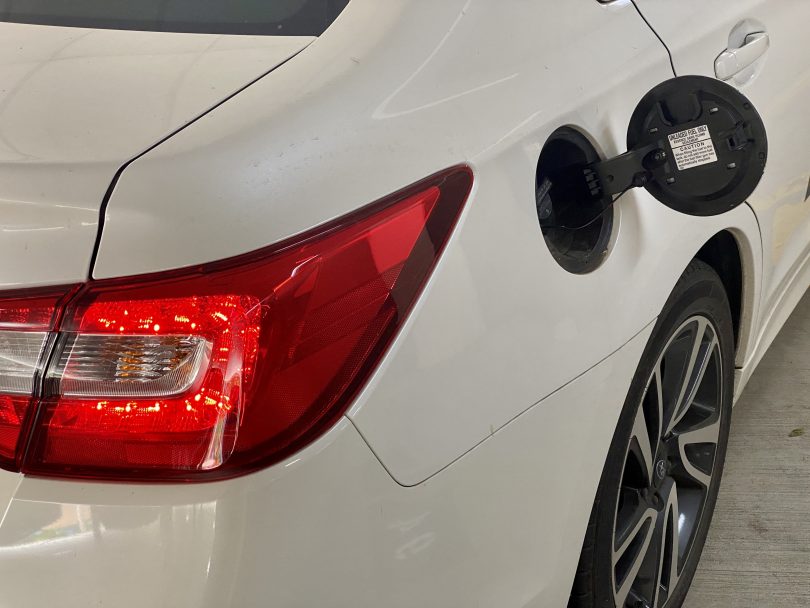 The average price of unleaded petrol in the ACT began the year at $1.68 per litre. Today you’re lucky to find it below $2. Diesel is even more eye-wateringly expensive.

Fortunately, there are a few ways to make sure you’re getting the most out of every last drop.

Myths abound from easing the burden on the engine by turning the air-conditioner off to closing the windows above 80 km/h to reduce drag, but how many actually make any difference? Time to take the office car out for some thoroughly ‘scientific’ experiments.

There are a lot of numbers involved, but bear with me.

Region Media’s petrol-powered Subaru Liberty is designed to run on anything with an octane rating of 91 or above. That’s the first tip to save money when you’re at the pump: don’t bother with anything higher than what your car is designed for. 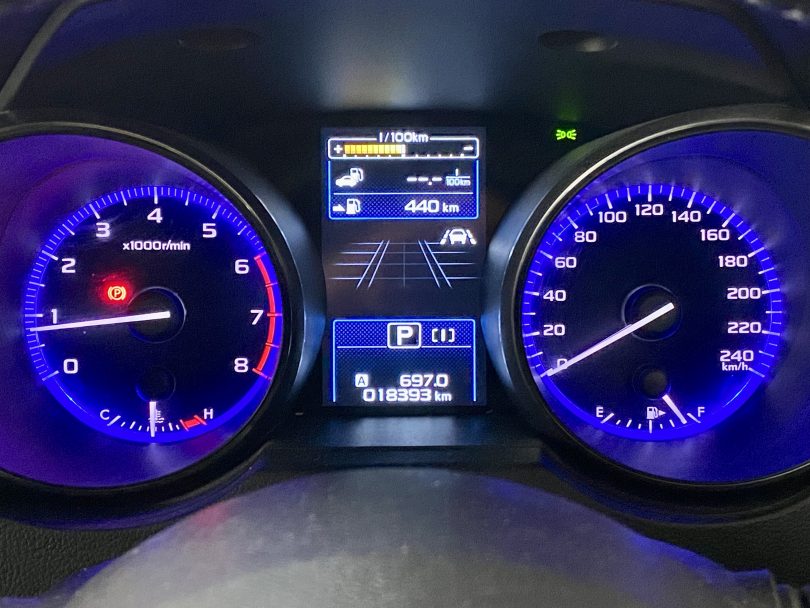 NRMA spokesperson Katrina Usman says there is a benefit to using fuel with a higher octane rating, but the benefit doesn’t outweigh the extra cost.

“It is always best to use the fuel specified by the manufacturer,” she says. “While some drivers may see greater mileage out of higher octane fuel, they aren’t going to see enough of a benefit when considering the extra cost for premium fuels.”

Here in Australia, a Federal Government initiative called the ‘Green Vehicle Guide’ ranks every new car by the CO2 emissions coming out of its tailpipe. As part of this, they also find out how much fuel is consumed around town, on the highway, and both.

According to the sticker on the windscreen, the Subaru recorded a combined average figure of 7.3 litres per 100 km. 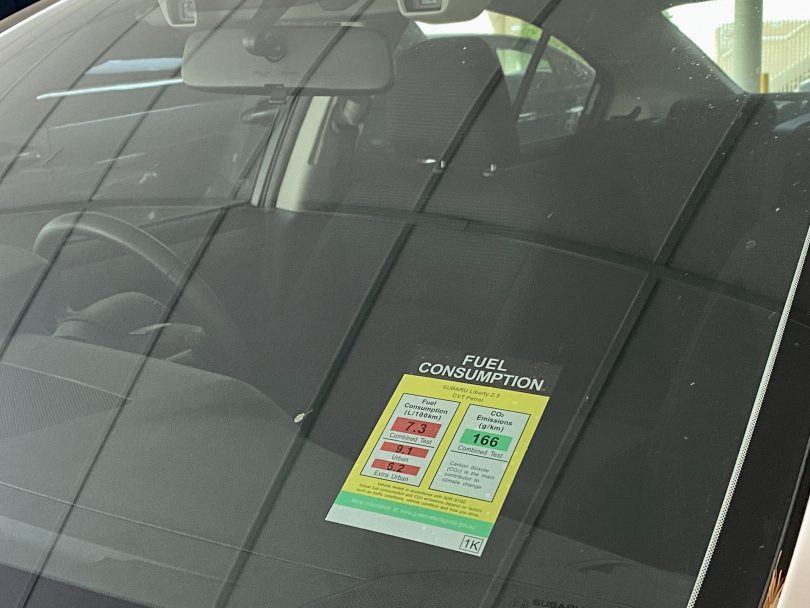 However, getting into the driver’s seat reveals a different average of 8.4 litres. This is where the driver factor comes in.

“Keep an eye on your speed, and avoid hard acceleration and heavy braking,” Katrina says. “Drive with the flow of traffic. Smooth driving can reduce fuel consumption by up to 30 per cent.”

When it isn’t in the office car park, the Subaru is in the custody of sub-editor David Murtagh. He describes his driving style as “sedate”, and given he usually drives an ancient Lexus barge (and says its greatest features are the “world’s most comfortable seats”), we can presume this truth is not embellished.

READ ALSO Here’s everything you need to know about fuel

Almost all of his driving is in the stop-start environment of the city, but this is where the Subaru – like almost every other modern car – is meant to have a trick up its sleeve.

Stop for longer than three seconds and the engine turns off. As soon as you release the brake, it jolts back into life. This is advertised as a way to cut emissions and save on fuel.

A quick scroll through the Subaru’s other readouts proves it will only ever do one of those things. The engine has been off for a total of 40 minutes, and saved 1.01 litres of fuel in the process – enough for a servo coffee and a Chupa Chup (maybe). 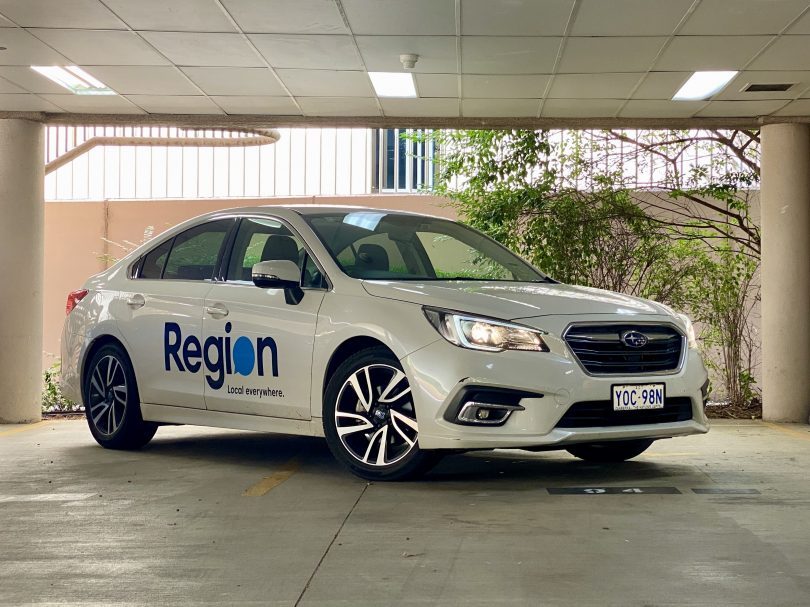 Now time to hit the open road, do everything right, and see what happens.

The car estimates my range at 400 km as I set off with the air conditioner completely off and a window down.

As Katrina says, “Turning off the air-conditioner in the car and opening the windows when the weather permits can reduce fuel use by up to 10 per cent”.

But this doesn’t factor in the amount of lawn mowing that takes place in Canberra, which means you will end up spending these savings on hayfever medication. Windows up, AC back on, and oh, no difference whatsoever to my instant fuel consumption readout.

Onto the Monaro Highway now, where I play a mix of dropping the windows, raising the windows, cutting the AC, and blasting the AC, all while doing 100 km/h. Again, no discernible difference to the instant fuel consumption, which is hovering between 4 and 6 litres per 100 km.

Back at the office, the estimated range is now down at 420 km. That’s a drop of 20 km, after doing 16 km. Not sure what to make of this, I go back to the official advice.

“Make sure your car is well maintained,” Katrina says.

“Don’t take anything you don’t need with you,” Katrina adds. “If you can lighten the load by removing any equipment such as golf clubs, bicycles, work tools and roof racks, this can all help to reduce your fuel consumption.”

At the end of the day, though, there are only three sure-fire solutions if you want to cut your fuel bill: don’t be a lead foot, don’t drive, or go electric.

When taking off from traffic lights most drivers treat it as a drag race to the next red light, or a drag race to 60km/hr. Even then, many keep accelerating beyond 60. And then they rush up to the next red light (which they can see is still going to be red when they get there) and brake hard in the last few metres. I don’t get it. Don’t they know they’re using more fuel than necessary?

Exactly. Hard acceleration is the worst waste of fuel other than low tire pressure you can get.
Use the l/100k (litres used per 100 km) measurement in your dashboard readout to try & reduce consumption. Challenge yourself to get consumption down. It’s fun & saves you $…..

A lot of people could lighten the load by reducing the weight of the vehicle occupant/s.

Removing roof racks when not using them is more about reducing wind drag than weight.

Metro has 94 at the same price as e10. Usually 10cpl cheaper than other brands too.

Even better, use a pedal bicycle or an electric scooter.

Vijayendar Sridharan That was in my thoughts when I bought my house. I lowered considerably what I wanted in a house (and what I had grown up with), to be close enough to cycle to work. Who needs plumbed hot water 😁. (I did have instant hot water over the bath.)

Use public transport. This way, you pay almost zero for fuel 😬.

Easy….
Don’t plant your foot
Warm up car before driving
Stick to a few kms below the speed limit
Don’t use the a/c
All basic really

Want to save money? Calibrate your right foot

Drive on half a tank. Apparently, that saves a lot of money, although you need to refill more frequently. Less weight makes the difference….