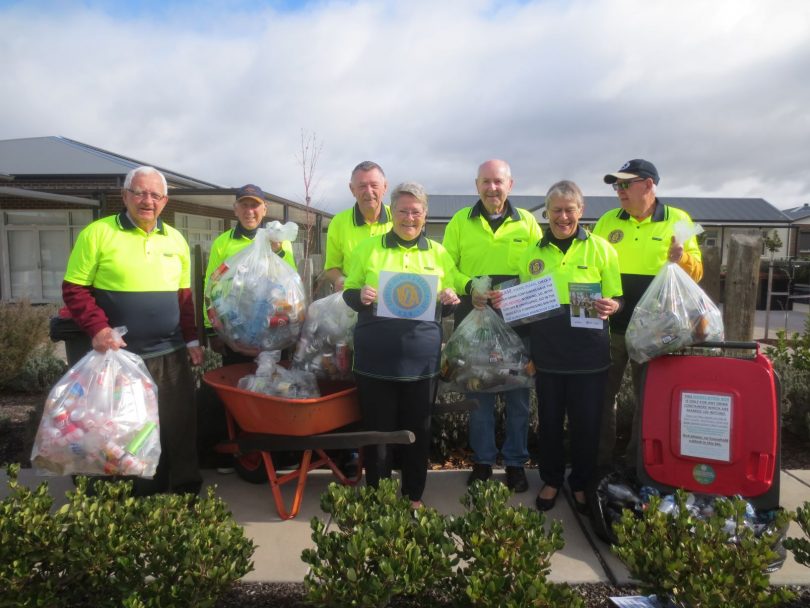 Residents of The Grove retirement village in Ngunnawal are collecting containers to raise money for charity. Photo: Supplied.

Originally hoping to raise around $10 or $20 a month for baking ingredients when the 10-cent container deposit scheme started in the ACT in 2018, the CWA souffle continued to rise once The Grove retirement village in Ngunnawal came onboard.

Kay, along with her husband, John, started setting up container collection bins around the retirement village. Enthusiasm then spread to the other residents who decided to come onboard and form the Grove Recycling Team.

There are now 10 volunteers who collect, process and deliver around $200 worth of containers to the Mitchell depot each month. 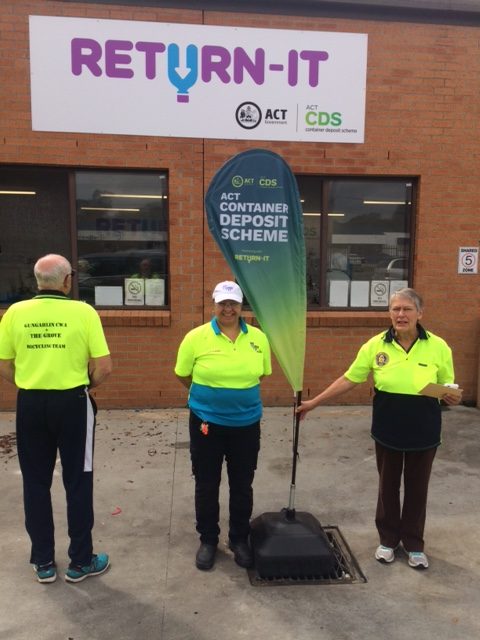 The Grove Recycling Team have had their own shirts made. Photo: Supplied.

“We are so grateful, especially this year as we have not been able to conduct any other of our usual fundraising activities due to COVID-19 restrictions,” says CWA Gungahlin president Roslyn Looyen.

Other Gungahlin businesses such as G-Spot Food Van and M&I Barber Shop have also joined in and begun collecting containers on behalf of the CWA.

Charities that have benefitted from the CWA through the money raised from the container collection include Backpack Beds for the Homeless, ACT Cancer Council, Radio 1 RPH, Roundabout Canberra, Alannah & Madeline Foundation, Ronald McDonald House Canberra and Share the Dignity.

More information on the ACT’s container deposit scheme, including drop-off locations, can be found here.