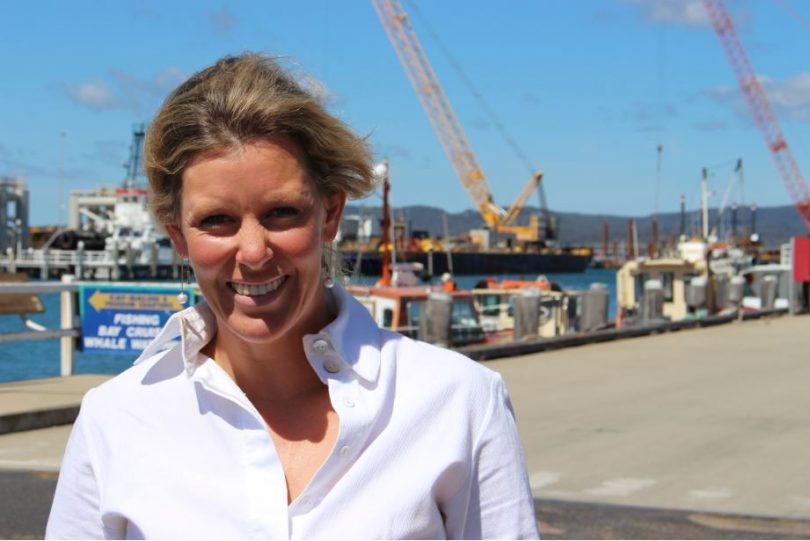 Eden’s success as a cruise ship destination is inspiring the whole New South Wales coastline and taking one local tourism leader along for the ride.

Natalie Godward has just been appointed Cruise Development Manager for the Port Authority of NSW.

“This is the best job in the world in the best community, it’s pretty exciting to be on the cusp of something that is growing everywhere and we’ve got a good foothold in the massive global industry,” she says from her office overlooking Snug Cove, Eden.

Natalie has been steering Cruise Eden for the last four years under the banner of Sapphire Coast Tourism, however, a restructuring of the organisation and tourism marketing by Bega Valley Shire Council left Nat looking for new opportunities.

“Port Authority has always been a great supporter of Crusie Eden and my work, so when I found myself without a professional home we got talking and together created this new role which not only covers Eden but every port along the New South Wales coast,” Nat says. 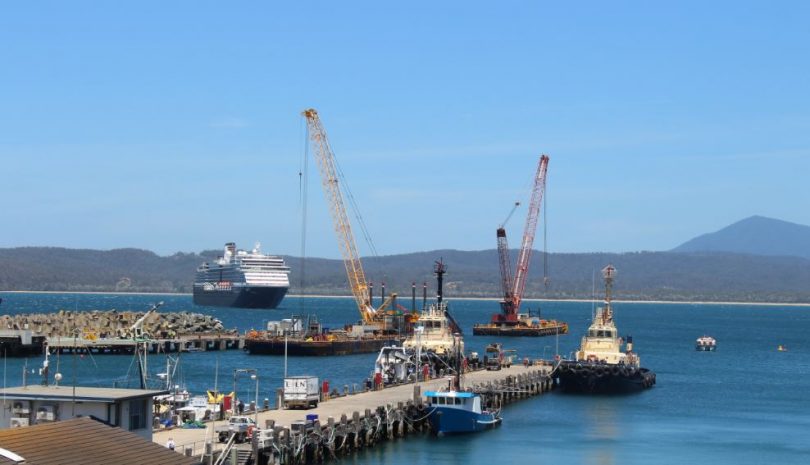 This season, Eden will welcome a record 16 cruise ships, the first, second and third have already dropped anchor, the next is due on Friday (December 14) the last will leave Twofold Bay on April 5 next year.

However, before then, the region’s newest cruise destination, Batemans Bay, will play host to the Seabourn Sojourn on Wednesday (December 12).

Carrying anywhere between 175 and 3,476 passengers and crew, each cruise ship represents a significant hit to the local economy.

“The cruise season last year in Eden, based on the 14 visits we had, was worth $8.1 million to the Sapphire Coast – that is a combination of the fees that ships pay, but mostly it is passenger and crew spend, but also the desire for return visitation,” Nat says.

It is this kind of economic development Natalie is charged with bringing to coastal communities from Batemans Bay to Tweed Heads.

“Batemans Bay is probably the next port to go, the community is very behind the idea. We’ve got the Seabourn Sojourn on Wednesday and there are bookings for next year,” she says.

“The expedition and the luxury segment of the cruise industry can come into Batemans Bay right now.”

As the idea grows in Batemans Bay, passenger day trips to Canberra become an option, the two-hour trip to the capital a real point of difference.

“Trial Bay at South West Rocks is also underway as a destination, it does take some time to connect all the dots, but it does pay off,” Nat says.

“The hard work is really paying off in Eden but we are 14 years in.” 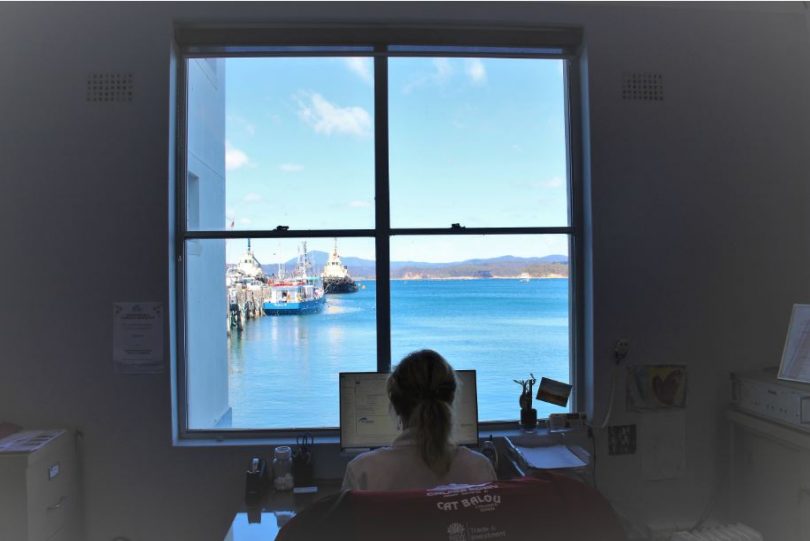 Nat Godward at work with one of the best views in Eden. Photo: Ian Campbell.

Working with harbour masters, Roads and Maritime Services, local councils and tourist organisations, Natalie’s new job has taken her right along ‘the big blue highway’ scoping out each possible location and planting the idea with communities, most of whom have never considered they could be a magnet for cruise ships.

“When communities think cruise ships they see six thousand people which is overwhelming to consider for many towns, but in reality a cruise ship could be anything from 80 people.

“Once people understand that the reaction is positive.”

Trial Bay, south of Coffs Harbour has just had a cruise ship experience on the back of Natalie’s encouragement.

“These are people who wouldn’t be there otherwise.”

The Seabourn Sojourn is due in Batemans Bay, on December 12. Photo: Seabourn Cruises.

Beyond the immediate hit those extra wallets and handbags deliver, a broader, more diverse local tourism industry has a framework to grow on year round.

“We have new tourist products and offerings that have started off the back of the cruise ship visits,” Nat says pointing to kayak tours, cooking classes, fishing trips, and oyster farm experiences.

“When I walk the main street in Eden giving businesses the cruise ship schedule for the season, there is a great feeling and emotion that comes from the community. I am very grateful to be a part of it – the community is right behind this.”

Perhaps the biggest hurdle a regional port needs to overcome is the image it has of itself and understanding why Australian and international passengers would want to come ashore.

“We take what we have for granted,” Nat says.

“We aren’t manufactured we are genuine – priceless.”

The next leap forward for the local cruise industry is the completion of the $44 million wharf in Eden which is due to be finished in March 2019. That will allow ships to pull up alongside with passengers stepping off on land rather than being escorted ashore in a tender.

It’s security against bad weather and big seas, which in the past have stopped tenders operating and canceled planned stopovers. 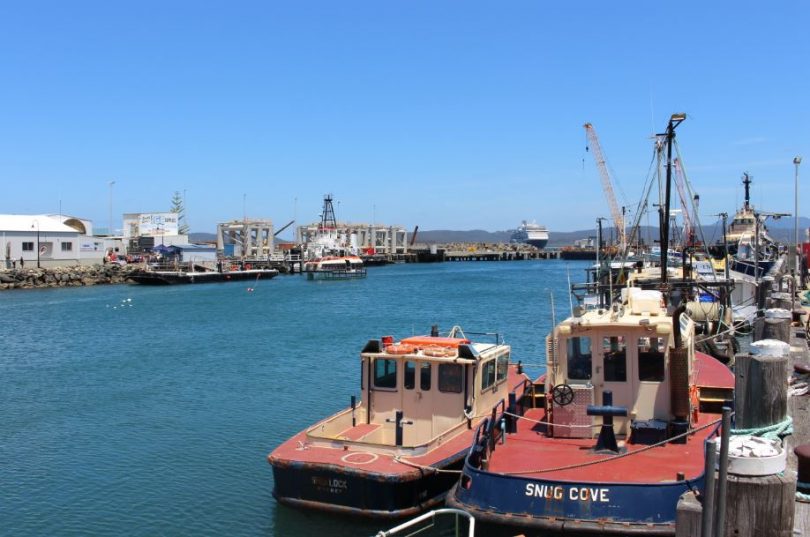 Natalie is also keen to attract what are known as ‘cruises to nowhere’ to regional ports.

“Cruise ships that leave Sydney and Melbourne and just head out to sea for a few nights and cruise around before returning to port, why not mix it up and come to a place like Eden for a day?” she says.

“My job now is to come up with a shopping list of New South Wales destinations and take that to the cruise lines and say – here are your options in real Australia.”

Great stuff. Eden still struggles with the quality of service staff to deliver great coffee, excellent food and a top tourism experience to the same level of a mature city. But this will improve over time.

It’s not too often anywhere in the world when a huge cruise ship can stop into town and double the local population.

I’d love the cruise ship tourists to be able to quickly experience the South Coast rainforests and animals. 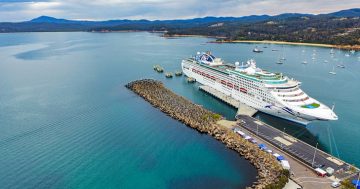