In uncertain times,
we give you certainty.
13 January 2021 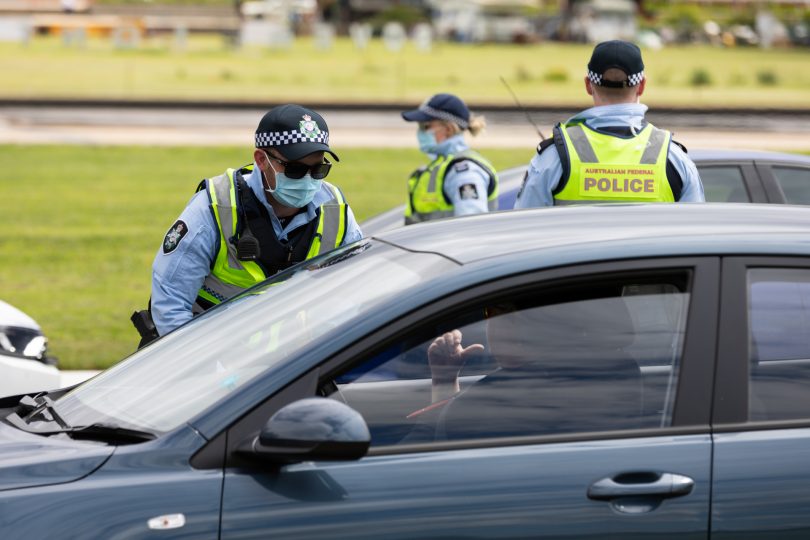 Due to unique circumstances, I am one of those Canberrans who had to endure a daily COVID-19 checkpoint at the NSW border in the week after New Year’s Eve.

I live northside, just minutes from the Federal Highway, and I own a horse that is agisted in Sutton, just past Eaglehawk. So my usual 10-minute trip from horse to home turned into an at-times hour-long wait at the checkpoint set up at the Eaglehawk lookout.

Being the law-abiding citizen I am, I had no issues waiting for police to check my license and ascertain I wasn’t from a COVID-hotspot. I firmly support any measure that keeps the virus out of Canberra and helps our local businesses stay open without further lockdown measures for as long as possible.

I was ready and waiting with my license the first time I approached the checkpoint, prepared to explain where I had been and submit to a temperature test, or whatever else they were going to use to determine the risk I posed to the rest of the community.

So I was a little miffed when, after a question about where I had been and a glance at my license, I was waved through. The fourth or fifth time this happened, I started pondering how police were actually determining whether people should be quarantining.

I could easily have been driving home from the northern beaches of Sydney and lied about my whereabouts. They had no way of knowing or checking that I was telling the truth.

In a pandemic of this scale, can we really rely on people’s honesty for compliance? How much can we trust people to tell the truth about their whereabouts? Is the presence of police enough to deter people attempting to return to Canberra after their travels during the break?

I can see how people visiting Canberra with a NSW address on their license will be easier to spot, question and regulate. If their address relates to a hotspot, they’ll be asked to confirm their exemption to travel. But the amount of travel between Canberra and Sydney/Wollongong is immense, and many people won’t have such a clear connection to a hotspot on their license.

That leaves it to police to question effectively and hope that individuals choose to be honest about their whereabouts. I know enough people who have flagrantly ignored the COVID-19 regulations in place and spent time with family and friends in the northern beaches, Brisbane and Wollongong over the holidays who had no issues with coming back to Canberra and lying about where they had been.

People have decided not to get tested, and seemingly have no concerns about the potential impact their actions could have on the Canberra community.

READ MORE How do we manage quarantine sustainably in the long term?

Even though most people do the right thing, and want to make sure the virus stays out of our Territory, there will always be those that selfishly ignore the rules, and they won’t be deterred by a few polite questions from a police officer.

With police now continuing to do ‘random’ screening across Canberra, using the same system, the true impact of this methodology is hard to determine, and it’s probably even harder to genuinely regulate the information they’re receiving.

I understand that the outlay of resources to actually test people at the border, or undertake more rigorous questioning would be significant, and still wouldn’t be foolproof given the time it takes to get a result. I also understand that the wait times were long enough even with a bare minimum of questioning, so the inconvenience to people trying to travel to work or home would be significant.

But I do wonder what the point is of random stops by police when their ability to actually verify the information they’re given is almost impossible. The true test may well turn out to be of our consideration for the health and wellbeing of others when choosing how to respond to questions at checkpoints.

Seems some people would like to live in a police state.

Having relocated (back) to the ACT just after Christmas we had to go through the whole (voluntary) online registration and two week quarantine thing. All I can say is that the system has ‘stupid’ built into it.

Reading what was supposed to happen, vs. what actually happened is comical at best, damn scary at worst. We did the right thing (had plenty to do inside anyway), got our tests on day 11 and all was good. But as far as government control…. there was none; we could have run amok from day one and no one would have been any the wiser.

I’m beginning to think people only like to signal their virtue about certain issues when they perceive no risk or cost to themselves.

Now Queensland is going to intern people in mining camps.

Can someone on the left please clarify what their objection to border control was?

Presumably the left is now praising T. Abbot for his foresight in ensuring we have orderly borders?

Zoya needs to understand phone metadata, and needs to look into the cameras that you have to go under as you enter the ACT. Nobody is relying on people’s honesty – the checkpoint process picks up those who are honest, but it also makes it obvious to those who are not honest, that they’re under observation.

So let’s assume someone is trying to sneak into the ACT from a red zone. Firstly, those cameras are recording every numberplate. Secondly, the metadata from your phone (which pings to the closest tower every x seconds) tracks your movements. So does your use of EFTPOS. Third, the penalties for ignoring the restrictions are well publicised.

If a Covid case was found in the ACT then all that data would be checked. And it’s not just the person who brought it in, would be highly likely caught. Everyone else whose movements indicate they sneaked in during the relevant period, would also be uncovered.

Naivety is best described as thinking your movements are untraceable while you carry your phone and pass by traffic cameras.

Juliet Lautenbach I’m curious how they then apply all of this here in the ACT to catch the ‘sneakers’ though? When I went through an internal ACT checkpoint (wasn’t entering from NSW) they did not review my face against anything, nor look at my rego, nor even record the fact they checked me.. it was a look at the license, ask me 2 questions and you’re on your way.. seems if the metadata were that good, these checkpoints are the biggest waste of time and money then? You couldn’t even fine anyone for lying at these checkpoints..

Steph Jackman yes, I’m puzzled by the internal ones too. It’s possible that the internal ones are purely about the deterrent factor (‘we will notice you’). I would think the police car camera would be running too, and that would pick up number plates.

The proof of this pudding is in the numbers. ACT’s light touch on policing Covid is very impressive compared with Victorian and NSW heavy ‘enforcement’

Geoffrey John Randal i think we have luxury of being less densely populated than those 2 cities and we have very few if any international flights coming to our airport currently plus we don’t have any coastline so boats aren’t an issue either. Makes it a little easier for them I think.

The checkpoints are just for the appearance of making it look like the government is doing something.

Honestly, there are far too many border crossings to police properly without massive resources, so anyone that deliberately wanted to breach the border could easily do so.

No need to get your knickers in a knot, it’s all for show.

Well Queensland Police were pretty rigorous if they were suspect of anyone’s story. Asking to view people’s Social media pages and even bank transactions as a way of verifying people’s whereabouts prior to seeking to cross. They learnt the hard way, not everyone is honest.

Cary Elliot Johnson I would have thought so but that’s what they’ve been doing. Sufficient evidence to allow people to pass where they haven’t been satisfied with their explanations. I suppose you submit or you don’t pass.

There is a point that yes, we don’t know if people are, or will always, be honest about where they’ve been, if they’re feeling unwell with potential Covid symptoms, etc.

I don’t trust the word of strangers no more than Zoya does, but what can we do? The reality is we’re stuck taking people’s words at face value in a global pandemic.

I’m sure on the flipside lots of people are honest, do the right etc, but there’s people who don’t.

This is one of the more ridiculous articles I have read on this website.

A short time ago, conservative politicians we’re lambasted for securing the country’s borders against illegal entrants.

Now, the luvvies fret about dishonest New South Welshmen crossing into the ACT.

My 10yo daughter told me Canberra is so boring, covid doesn’t even want to come here

Allison Jay very astute child, I think I only figured it out at 15!

Allison Jay she pretty spot on with that one!! 😂😂😂

Allison Jay i think she will go far in life

Allison Jay hope it stays that way too! 😂

Allison Jay atleast everyone here in Canberra is doing the right job here unlike the rest of the country and we’ve had no cases at all too!’.

Allison Jay people say that about WA too. We’re fine with it 😆🥳

It suits me fine too Julie

Allison Jay if she says that then u could only blame boring parenting. Canberra is a great place to bring up kids ans live.

Well contrary to Zoya, I know no one who has lied about visiting the northern beaches and personally havent seen my family since early November due to reatrictions in Sydney. I am glad we are not creating a hard border police state, we are responsible enough generally and hard borders so create suffering and resentment. 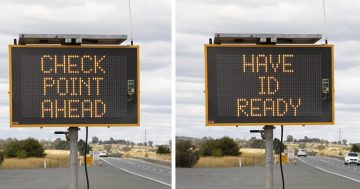 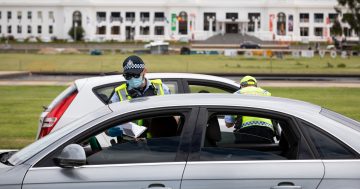 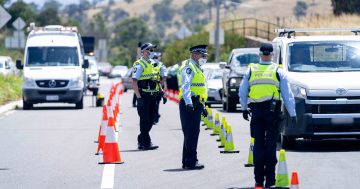