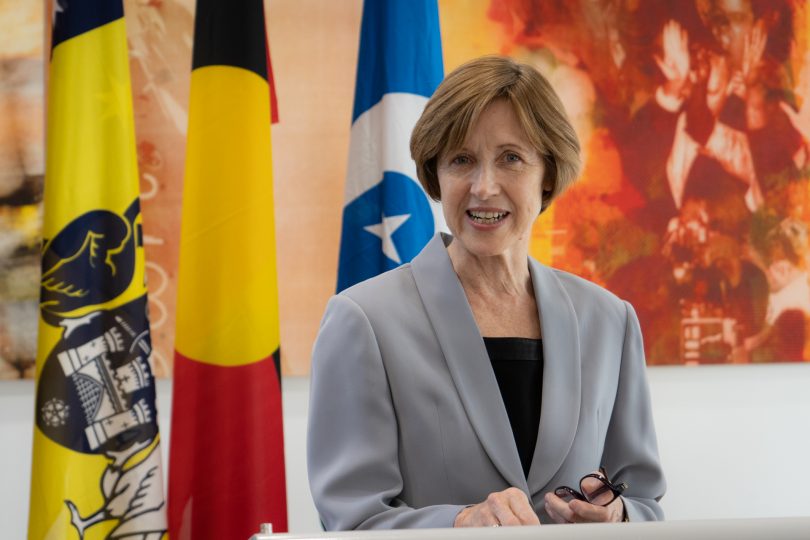 Renée Leon caught the bug for public administration and its potential for making a difference as a student. That enthusiasm is as strong as ever.

In a wide-ranging interview with Region Media, the former department secretary and now Vice-Chancellor of Charles Sturt University discusses the highs and lows of her stellar career, Robodebt, how some ministers just don’t want to listen to advice, where public service capability is being eroded, and the ground-breaking way she managed the high-wire act of having children and holding down a senior role.

Sydney-raised, Professor Leon was only two years into a law degree at the ANU when she spent a summer as an intern at the Attorney-General’s Department. The experience so captured her that when she was asked to stay on, she accepted, finishing her studies part-time in 1990.

What was so compelling for her was how the work made a difference to the whole country, not just individual clients.

“I was involved in things that were just incredibly interesting and worthwhile and important,” she says.

A Menzies Foundation scholarship to undertake her masters at Cambridge University led eventually to her heading up the international law office at the department before her career took an unexpected turn.

The rising star found herself being head-hunted to lead the ACT Government’s Justice and Community Safety Directorate.

She says that it was an irresistible offer and exemplifies a “go where your passion leads you” career approach that others would do well to emulate.

“I’m always interested in doing something new and challenging and exciting,” she says.

While she loved her role at Attorney-General’s, the ACT job offered the opportunity to serve her local community and work with the justice system as a whole, not just stick to the well-trod pathway through human rights and international law.

The three-year stint gave her a lasting affection and connection with the ACT that meant when she was at a loose end years later, the government turned to her to lead two critical pieces of work.

It was a necessarily leaner operation that put a premium on efficiency, but she relished the more hands-on, direct nature of the role.

“Because state or territory government department is much more heavily involved in direct service delivery and interfaced with people, it’s more real in so many ways,” she says.

“You’re not just making a policy which someone out there sometime is going to work within, you’re working within it every day. They’ve got real people lives and problems and issues to resolve every day, not just theoretical issues that a lot of Commonwealth bureaucracies deal with at a more distant level.”

But she was lured back to the Commonwealth by a specifically created strategic role at A-Gs, and from there then head of Prime Minister and Cabinet Terry Moran brought her into the centre of government where she could show whether she had what it took to perform at the highest levels.

“It either makes you or breaks you,” says Professor Leon, who found herself Secretary of the Employment Department in the Abbott Government, overseeing the politically contested transformation of job services and involved in the Royal Commission into Trade Union Governance and Corruption.

She calls it the perfect mix of big program delivery and wholesale change in a highly contested environment.

Professor Leon also had to build the department from the ground up, and is especially proud of the innovative and collaborative culture she developed.

After “four great years”, she went to Human Services and the poisoned chalice of the controversial Robodebt scheme, which the courts eventually deemed illegal.

Professor Leon stresses it was a scheme she inherited that overshadowed the massive digitisation program that revolutionised the public interaction’s with health and welfare services and prepared Australia to cope with the COVID-19 pandemic’s devastation of the jobs market.

“All of the work that we had been doing for a year not knowing the pandemic was coming was to remake the unemployment benefit so that it would be self-serve, intuitive, you can do it from home, automated in the backend, all of that and it actually was due to be released in March 2020,” she says.

“So those queues outside Centrelink, they didn’t continue.” 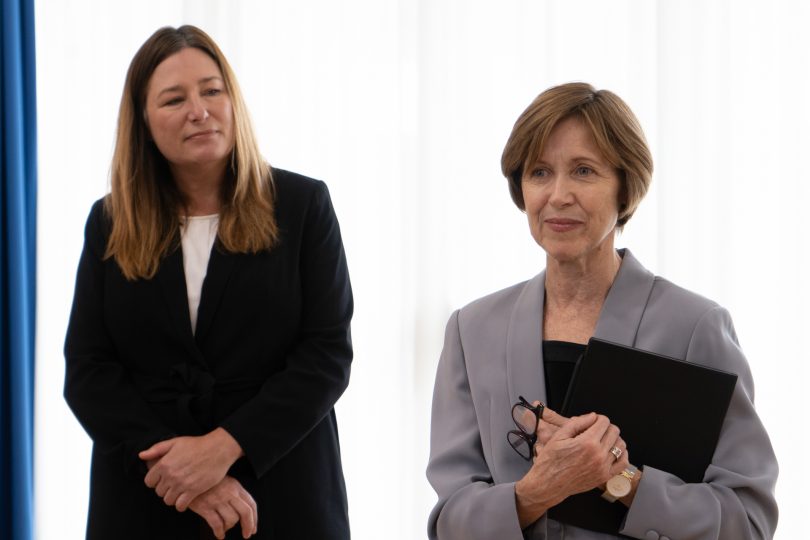 She remains enormously proud of the department’s work that is still ongoing but acknowledges the pain Robodebt inflicted and the warnings from the coal face and others that were ignored.

A rapid turnover of ministers, not to mention Prime Ministers, marked Professor Leon’s time as Secretary, a situation that makes it difficult for a minister to master a portfolio.

But she says expectations are too high for a minister to be across all the details, and that’s where public service expertise is crucial.

The problem is some ministers do not want to listen or prefer to look elsewhere, while younger public servants are not being exposed to the kind of work and conversations that will develop their skills and prepare them for bigger roles.

“We’ve got this wealth of knowledge and expertise that we have to offer to government that helps them make better-informed decisions. I think it’s a mistake if they don’t see, as maybe some don’t, the value in that, or if they think that being offered a range of expert advice in any way detracts from the perfectly clear right and responsibility of ministers to make decisions,” Professor Leon says.

She says a reliance on paid consultants for advice that may not be impartial and which should be the core business of the public service caught government in a vicious circle of degraded capability because the less public servants are asked, the less policy work they do and the less capable they become.

“If you don’t ever practise your machinery to do that, and you don’t expose junior public servants through their career to the process of doing policy, then you end up with capabilities being lacking,” she says.

READ ALSO Rodeo returns: ‘I’m scared. Anyone who says they’re not is a liar’

Professor Leon says that when she was a Secretary, a staff member once told her that all they did was talking points, when at the same stage of her career she was writing policy briefs and cabinet submissions.

She is a big believer in bringing people on, and years earlier at A-Gs this dovetailed with starting a family and trying to cope with a role constructed “as if you had a wife at home”.

So she agitated to work part-time, which meant delegating her duties to a deputy on the days she was off, which also gave that person valuable experience. It was a first for the Department and eventually it adopted a more structured model worked up by the AGD Women’s Network for staff with young families.

“I think the Public Service has come a long way in enabling those women and men to manage work and family responsibilities, but I wouldn’t say we’ve completely solved it.”

Professor Leon’s reward for six years of transforming government services was to be left out of a job during the musical chairs of the 2018 reorganisation of government.

She doesn’t hide her disappointment, saying she was enormously saddened by no longer being a secretary.

But Professor Leon still had much to give, taking on work for the Commonwealth and ACT Government, including a review of culture across the ACT health system and the inquiry into sexual assault.

Her confronting report exposed the unacceptable responses of police and others in authority to sexual assault survivors’ experiences.

Professor Leon says she wasn’t shocked that sexual assault persisted, but what concerned her was that after so many years of attention and activism around these issues, there was still such a lack of priority responding appropriately to such crimes.

It also became apparent that the wraparound services for sexual assault survivors she had developed while leading JACS had been eroded.

“It is an object lesson, really. You have to just be ever attentive to the fact that when you do put reforms in, they don’t just trickle away when they’re not in the spotlight anymore,” she says.

She hopes her recommendations for a community reference group that keeps a watch on reforms and an annual statement to the Legislative Assembly from ministers will make any initiatives that are implemented more enduring. 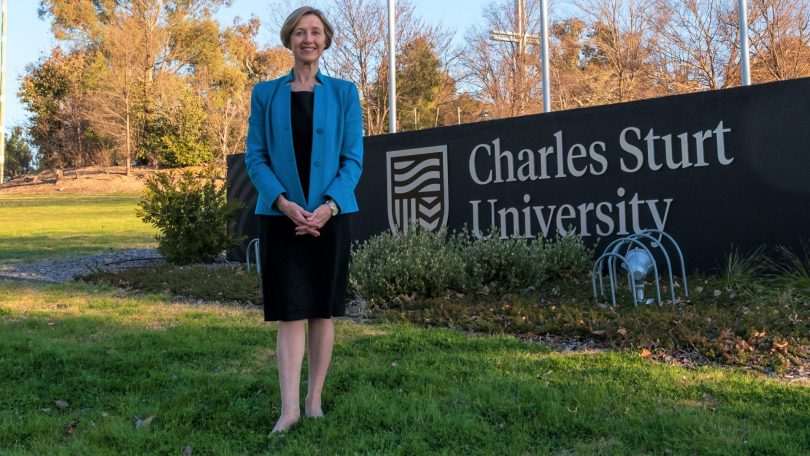 Vice-Chancellor Leon has her work cut out at Charles Sturt University. Photo: CSU.

Professor Leon is now taking on another big challenge in leading Charles Sturt University out of a difficult period in a disruptive environment for high education.

For Bathurst-headquartered CSU, it means reducing its reliance on international students for revenue and refocusing on the regions.

She says regional universities are crucial to providing the skills and workforce the regions need to thrive.

“Part of what limits the life and work opportunities of young people who grow up in regional areas or people who are already at work in regional areas and want to grow their qualifications is that they often don’t want to leave the regions and go and live in a city,” she says.

“If you don’t make education available in the regions then you really mean that all of those people who live in the vast footprint of Australia don’t get access to the same life opportunities as those who happen to be born in Sydney or Melbourne.”

Ms Leon also believes higher education needs a policy reset to set the country up for the future and meet the next crisis.

She says there needs to be a long-term and hopefully bipartisan approach to clarify the sector’s goals and how they should be achieved.

It is crucial that the question of how research and infrastructure are to be funded are tackled in a strategic way instead of “making incremental and piecemeal decisions about bits of higher education one by one”.

I got rid of the Queues outside of Medicare and Medibank Private in 1994, when I was in the 3rd Division!!!!! ? SITO1? IME most senior people were road-blocks. They probaly still are. 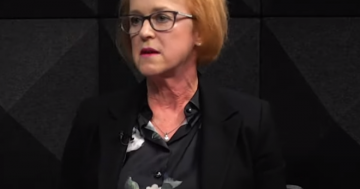 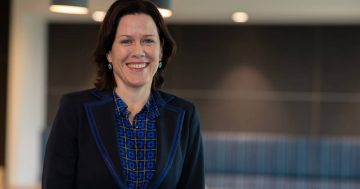