Rex still flying with the blessing of airline safety regulator 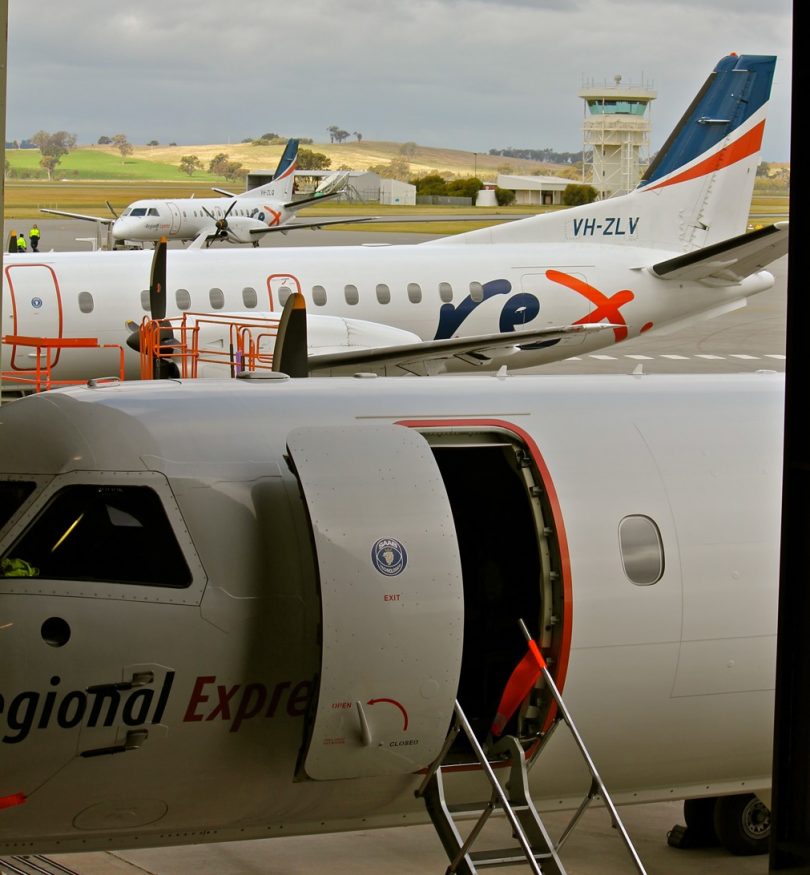 The regulator tasked with keeping Australia’s skies safe has backed Regional Express Airlines (Rex) saying, “it has no current issues with the safety of Rex aircraft.”

The Civil Aviation Safety Authority (CASA) launched an audit of the airline, which flies in and out of Moruya, Merimbula and Cooma airports on a daily basis, after media reports earlier this month claiming a culture of bullying and intimidation within the airline and of staff being “too scared to speak up about defects”.

In response to the sensational claims, CASA conducted a two-day (July 5 and 6) audit of the Rex maintenance facility in Wagga Wagga, as part and a bigger investigation that had already been underway.

In a media statement, CASA says, “this focused on Rex’s safety management system – in particular, error reporting rates and processes for managing those in accordance with ‘just culture’ principles.”

“Rex management and staff were cooperative and responsive to the audit team’s requests and questions.

“All of them said that they felt confident in reporting maintenance errors or defects and they indicated Rex operated according to ‘just culture’ principles,” the CASA statement says.

A fuller, broader, more detailed report is being compiled and should be ready by the end of this week.

Speaking with Region Media, CASA spokesperson, Peter Gibson says, “we’d been working on this issue for a few weeks before it hit the media” following correspondence from the Aircraft Engineers Association in May.

“We were working through the processes of investigating the allegations. Nothing to date has raised any major or immediate safety concerns but we are yet to finish the overall analysis, so we can’t rule out there may be things that we’ll identify, but at this point – Rex is flying safely.

“Passengers can take confidence out of this – the matter is being looked at thoroughly and carefully.

“CASA would take immediate action if there was any evidence of serious safety issues at Rex.”

For its part, Regional Express says it welcomes the news for CASA, “which unequivocally rejects the scurrilous allegations of a disgruntled engineer and his union that Rex has a poor safety culture.”

But in a media statement Rex has come out swinging, “once the media started undermining Rex’s safety credibility in public, CASA acted swiftly to gather all the facts and evidence to make a considered determination in order to promptly reassure the public of the safety of Rex’s operations.”

“Rex has nothing but contempt for the efforts of some media outlets to generate more sales through malicious attacks on its airline safety record based on biased and anecdotal accusations by anonymous disgruntled staff.

“Not only could such disgraceful acts be capable of seriously damaging Rex but it could also result in, if Rex had been forced to cease flying, many remote and rural regional communities permanently losing air services
that are critical for their socio-economic needs.

“Rex has no doubt that these tabloids will continue to try to sully Rex’s reputation and indeed a tabloid has yesterday already made xenophobic comments about Rex’s management.

“Rex considers the matter to be closed, and Rex’s management will now be able to focus its attention exclusively to providing our passengers with a safe and reliable air service,” the airlines says.

Regional Express is Australia’s largest independent regional airline operating a fleet of more than 50 Saab 340 aircraft on some 1,500 weekly flights to 60 destinations throughout all states in Australia.

Christopher Cuba Rabanal - 9 minutes ago
KN95 should be compulsory for all events View
Zuzette Kruger-Finch - 1 hour ago
Summernats and Floriade are our big income events here. View
Alan Vogt - 1 hour ago
No. Maybe in another 20 Years. View
News 23

Kay Pearce - 44 minutes ago
Mrs Prowse was my grandmother and I can well believe she would walk to Manuka… well into her seventies and early eighties s... View
Kay Pearce - 2 hours ago
Helen Kook thats just what Grandma (Mrs Prowse) would do!!... View
Helen Kook - 3 hours ago
Knowing my grandmother it would have been an easy walk back in those days View
Community 48

kenbehrens - 3 hours ago
Why has the ACT interpreted the National Plan as overriding jurisdictional sovereignty? The National Plan is an agreement of... View
gazmos - 3 hours ago
The casualty of the war on COVID has been the suffering of the families affected, and the truth to the rest of the community.... View
News 16