The University of Canberra is a rising star. Photo: UC.

The University of Canberra is now a top 10 Australian university and is ranked in the top 200 universities in the world for the first time, according to the 2020 Times Higher Education World University Rankings released on Thursday (12 September).

The University of Canberra (UC) is now placed 193rd in the world and 10th in Australia, continuing its rise up the global rankings.

Having shown an improvement across all indicators, Vice-Chancellor and President of UC, Professor Deep Saini, said the result reflects the university’s balanced approach to all endeavours and was particularly impressive for a young university.

On release of the survey, Profesor Saini repeated calls for more higher education funding to maintain the progress of Australian universities.

“If our government supports the university sector the way some of the foreign governments are supporting theirs, we will have all the means to continue what we are doing for our community and country,” he said.

“Our government has to really think and look hard at how well we support our universities. That’s not to say it badly supports us, it’s that the university sector deserves to be on the radar of our government as a major national asset.”

Professor Saini said UC’s upward trajectory could also be attributed to improvements in research and teaching influence and impact. The University scored 99.2 out of 100 points for citation impact (up from 95 in 2019), which places the university 16th in world citation rankings.

“This result confirms the steady strengthening of quality at the University of Canberra, thanks to the outstanding work of our research, teaching and professional staff,” Professor Saini said.

“The increase in citation impact is indicative of the quality of research undertaken at the university, coupled with a rapid growth in influence and reach, and has positioned the university among the best in the world.

“It is evident that our researchers are demonstrating impact and providing solutions to real-world problems.”

Although Profesor Saini was hesitant to single out specific areas of the university for praise, he cited UC’s performance in health, environmental studies, policy and governance, and education as areas of excellence, although he noted it was a broad effort across the university.

Professor Saini said it was important to continue to build on recent improvements to maintain the new ranking.

“The pursuit of excellence is not something that you do, sit back and live off that reputation. It’s a daily activity you engage in. You have to be preoccupied with excellence,” he said. “If you’re standing still you’re probably going to be falling. Others are rising, not just in Australia but across the world, such as in China.”

Pierre Shasha cause youre there >:)

The ANU needs to have a look at why they are sliding.

They provide the best degree money can buy. 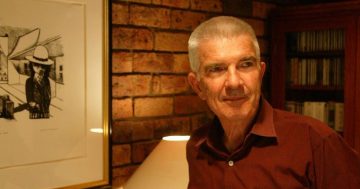 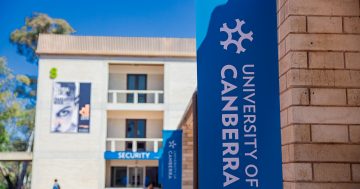