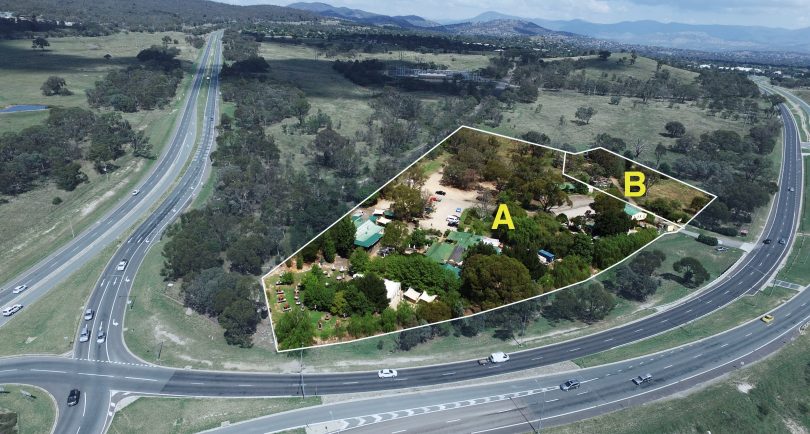 The Rose Cottage property in Gilmore. Block B is being sold as a service station development opportunity. Photos: Luton Properties Tuggeranong.

The historic Rose Cottage site in Gilmore is being subdivided for sale as a going concern and development opportunity for an adjacent service station and fast food outlet.

Originally part of Andre Cunningham’s Tuggeranong Station, the 3ha site on the corner of the Monaro Highway and Isabella Road consists of the Old Rose Inn, including two existing heritage buildings and grassed and landscaped areas, along with other substantial infrastructure such as internal roads and services.

The property is in the process of being subdivided into two parcels, with the Rose Cottage business owners continuing their tenancy on Block A and and Block B being able to be developed as a service station and fast food outlet. 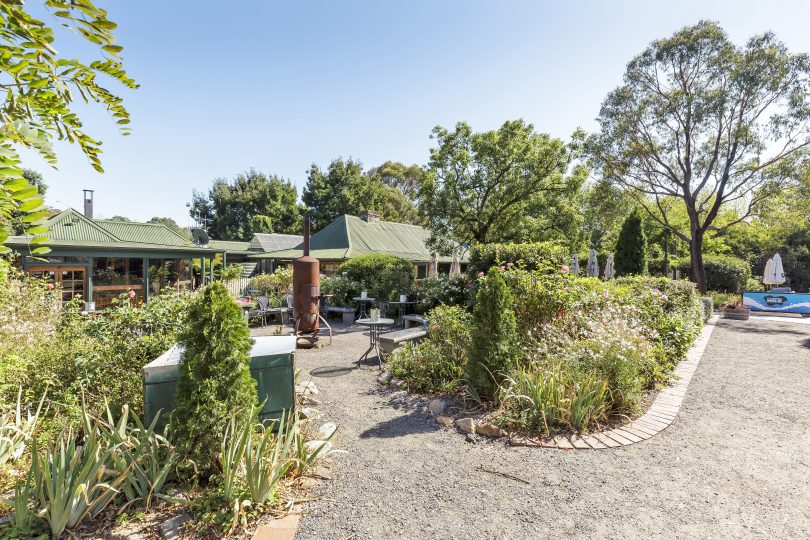 Director of Luton Properties Tuggeranong, Christine Bassingthwaighte, said it was a golden opportunity for someone who wanted to develop that land into a service station.

“When you look at what is available in the Tuggeranong Valley there certainly is a need for an extra service station because there is not too many on that side of the road, especially when heading up to the snow or coming back from Sydney,” she said.

“Rose Cottage is quite a viable business, they can have the benefit of that as well.”

Ms Bassingthwaighte said the land would suit someone who could see the potential of the Valley, which was growing.

She had already fielded many inquiries from interstate investors who specialise in developing service station sites.

The owner would also consider a proposal for any service centre development to be leased from him.

The land is being offered for sale by private negotiation and there is no price guide.

It is not the first time a service station has been proposed for the site with development plans lodged in 1989 for dual service centres and a bridge over the highway.

Katie be a good place for sizzlers ✌

What a town planning stuff-up.

Elly! You can take up permanent residence!!

There's a servo and shops about 500m away. It's called Chisholm shopping centre. What a waste of time.

Rumour is maccas will be going in

We heard talk of this years ago; assumed because nothing had happened they'd forgotten about the idea. There are already two servos close by, and who needs more fast food outlets.

This is how much the ACT government respects history nothing new here!

Another servo? There is one down the road on the hume and another in Chisholm.

Why Servo and fast food there is one in Hume and one in Fadden or Chisholm.😪

Oh Sharon Glasswell buy it back!

Do any of you actually read? They are not knocking it down, they are carving off some disused land. By the sounds of it, the tenants think its a way to save money on their rent and bring in extra business. Also if the servo is independent then it will be a good thing. If its another woolies or coles one then no point having one. If the business isn't viable now, then doing nothing will probably mean the place will stop running and then it will go to ruin. Maybe a nice bakery would go well in there. But yes if its a woolies servo and a maccas then why bother!

I nice "country style bakery" might work well, would suit the area best. Agree not another macca's or similar

A bakery? Lol that would go broke in a month

Cate Newton did you know this??