Experts in buying, selling & renting
Your property, your future
2 October 2020 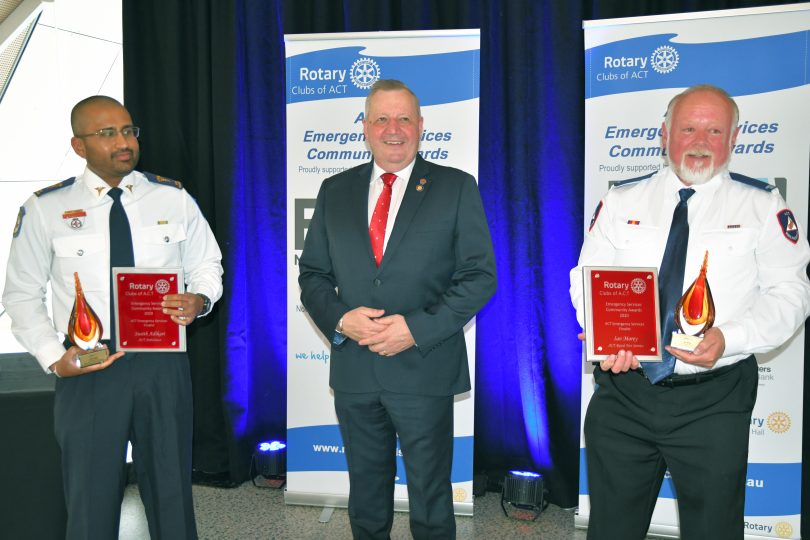 A firefighter and a paramedic have been recognised for their service to the community in this year’s ACT Rotary Emergency Services Community Awards (RESCA).

Ian Morey was one of the award recipients. The veteran firefighter with the Rivers Volunteer Bushfire Brigade played an important role in the containment of Canberra bushfires.

Recalling an instance during the 2003 fires, Mr Morey said the Rivers Volunteer Bushfire Brigade shed was severely affected and 14 cars were burnt.

“My son Grant Morey, who was also a volunteer at the brigade at the time, ended up with smoke inhalation and required medical assistance,” Mr Morey said. “The incident impacted us not only as a family but also the brigade. We banded together to continue and keep going. It made our resolve to help others even stronger.” 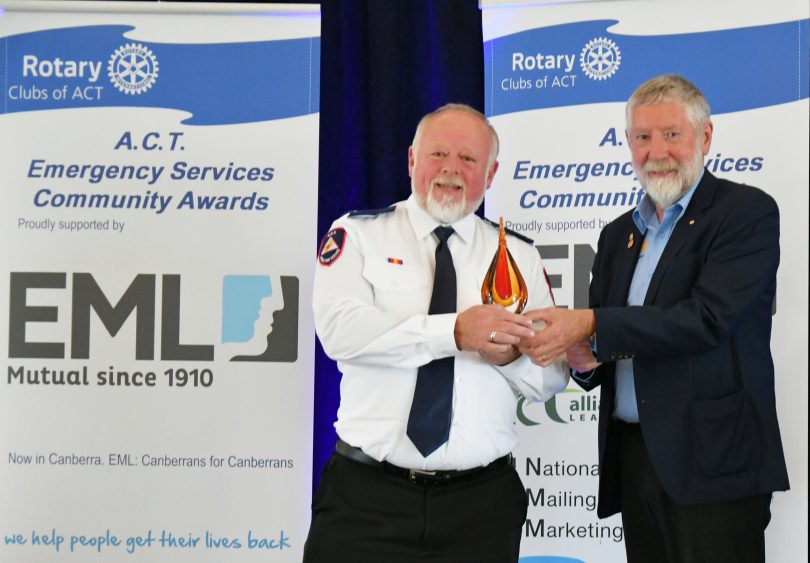 Mr Morey’s exemplary service to the community for the past 20 years was recognised at the ACT Rotary Emergency Services Community Awards. He was named recipient of the Rotary ACT Emergency Service Officer of the Year serving in a volunteer capacity award.

“It represents appreciation of the work I have done over the years with the brigade,” he said. “The award goes back to my family and fellow members for their support.”

During the 2019-20 bushfires, Mr Morey served as the brigade’s equipment officer and cooked barbecues not only for the firefighters but also for those affected by the bushfires.

“It’s not just about getting on a truck, going out and facing the fire but also helping the community deal with the situation and keeping their morale high,” the veteran firefighter said.

Similar sentiments were echoed by Susith Adikari, winner of Rotary ACT Emergency Service Officer of the Year serving in a paid capacity award.

An intensive care paramedic with ACT Ambulance Service (ACTAS), he believes in giving back to the community. 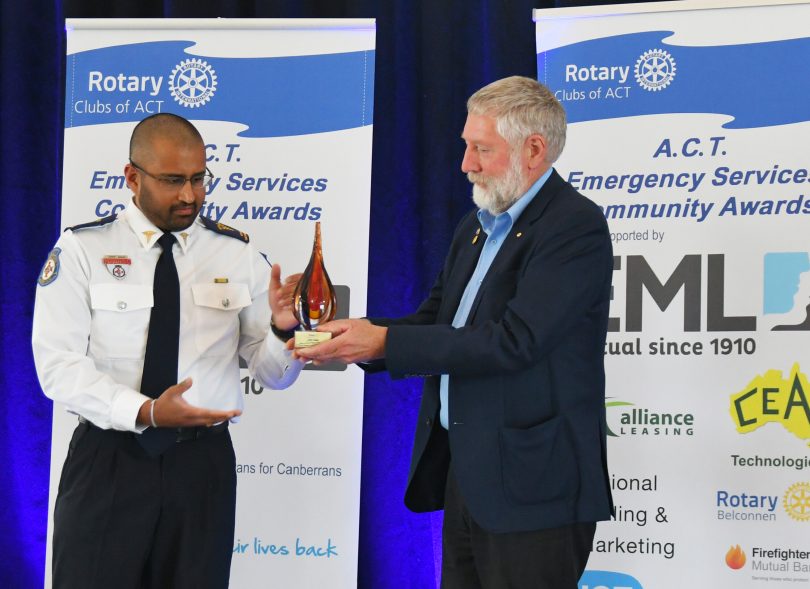 Susith Adikari receiving his award from the Rotary District Governor Michael Moore AM (right) for Rotary ACT Emergency Service Officer of the Year serving in a paid capacity.

“A commitment to serve the community is of great importance,” he said. “Without volunteers, a lot of work can’t be done. So, volunteering is vital.”

Mr Adikari was a child when he first experienced Canberra bushfires and that made a huge impact on him.

“The experience was frightening but it motivated me to volunteer at the Rural Fire Service because I wanted to do something to help,” he said.

He has dedicated 13 years to the emergency services where he has acquired skills and nurtured lifelong friendships.

Mr Adikari has been part of domestic and international causes including the bushfires in British Columbia, Canada in 2017, and the Canberra bushfires in 2020.

Meanwhile, ACT RESCA chairman Steve Hill lauded the emergency personnel and said the work they do within the organisation and in the community was “fantastic”.

“The awards are a small way in which we can thank them for their work,” Mr Hill said. “The recipients of the awards certainly epitomise what service personnel stands for in the territory.”

What fabulous recognition for those who did (and continue to do) so much for our communities! Thank you!