School violence not a 'systemic problem' in Canberra schools: report 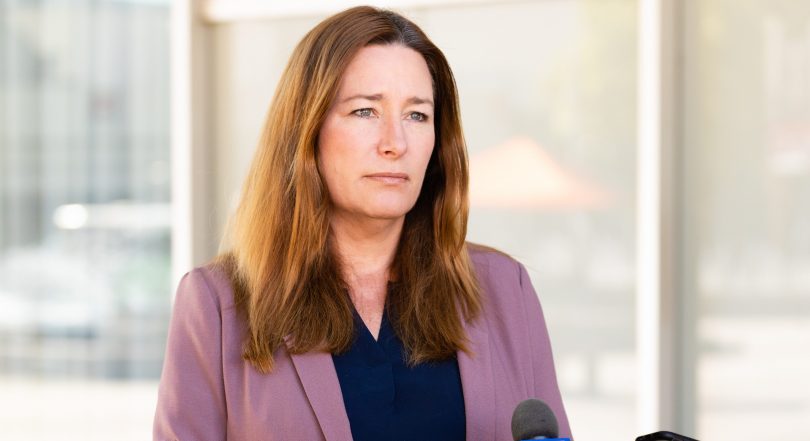 The ACT Government should employ full-time social and youth workers in every school in the territory as well as recruit additional school psychologists to provide support outside school hours and during school holidays, an inquiry into bullying and violence in Canberra schools has recommended.

The Standing Committee and Education, Employment and Youth Affairs handed down its final report into the management and minimisation of bullying and violence in ACT schools on Thursday, providing 23 recommendations and making nine findings.

The report said the committee visited nine schools and spoke to a range of organisations and individuals, hearing first-hand accounts from parents about the violence and bullying in their schools.

One parent said her daughter had been verbally abused, told to kill herself, kicked in the back, had chairs kicked out from under her and a rubbish bin tipped on her head.

“Basically, her life was hell, it was relentless,” the parent told the committee. “The teachers were not able to stop any of it nor were they able to minimise the abuse from happening.”

The committee also heard that when parents informed a deputy principal about their son’s threat to self-harm, the deputy principal dismissed it. The parent said her son was coming home from school, threatening to kill himself, even holding a bread knife to his own throat.

“I spoke to the Deputy Principal about what was happening and he commented ‘well, we all know he won’t achieve anything with a butter knife’. I could not believe the flippant response and I approached one of the school psychologists about the issue, who advised me to see a private psychologist.”

The committee heard from parents that children feel scared to go to school for a significant period of time after being bullied, and often feel that school leaders are “unable to act in order to protect them”.

One family even moved their child interstate to live with a family member for the fear of their safety.

The inquiry said the Education Directorate does not maintain data on the rate of bullying in ACT schools but the ACT Council of Parents and Citizens Associations said 86 per cent of students were worried about the incidences of bullying.

The ACT Government’s 2018 data revealed that 245 students or 0.83 per cent of the total referrals received by school psychologists across these schools were in relation to bullying.

“Although not frequent, incidents of bullying, cyberbullying and violence in ACT schools are concerning,” the report said. “Some of these incidences are not responded to adequately due to poor practice concerning communication, reporting and data collection factors.”

The committee said it heard that schools engage a varied range of responses to occasions of bullying or violence in their schools but more resources were needed.

In response, the committee has recommended that the government introduce separate self-reporting portals for students, staff and parents to report any incidents of bullying, violence and occupational violence.

“It is recommended that the ACT Government review existing internal and external complaints handling processes for all incidents of bullying and violence in schools to ensure there are appropriate avenues for parents and students to escalate concerns and have external consideration of matters if required,” the report stated.

The committee also recommended that the ACT Government consider amending the ACT Crimes Act 1900 to include a section clarifying that intimidating, harassing or violent behaviours on school grounds are subject to legal enforcement.

ACT Education Minister Yvette Berry said the ACT Government would consider all of the committee’s recommendations but said she felt reassured that it is not a “systemic problem” in Canberra schools.

“The committee found that incidents of bullying, cyberbullying and violence in ACT schools are not frequent,” Ms Berry said. “Regardless, every incident is of concern to the government and is treated seriously.

“The report confirms that ‘schools experience the same challenges as other parts of society in relation to bullying and violence’. Schools are also not isolated from social issues like bullying or violence faced in the wider community and everyone, particularly community leaders, have a responsibility to change our culture for the better.

“It is vital bullying and violence in schools is minimised to the extent possible and that these issues are properly dealt with when they arise. It is a dreadful thing to experience bullying or violence in any context and I am sorry that some people have faced it in ACT schools,” Ms Berry said.

As a teenager, I believe that more school counsellors and psychologists would help a great deal. At my school, the psychologists have many bookings due to the amount of things happening within our lives – some kids may have to deal with divorced parents, others may be suicidal. Overall, it’s a great idea to increase the budget towards mental and physical health areas within schools.

To all the parents who blame the government, look at your kid, are they the problem? Stop acting like it’s the government’s fault for your bad parenting.

Yvette Berry is burying her head in the sand – again. This is clearly a systemic issue and there is more than enough anecdotal, statistical and other evidence as to the extent of the problem, specially (but not confined to) the lower socio-economic schools.

This is typical of the Barr and previous Labor governments. When presented with overwhelming evidence of systemic failures (building standards, anyone?), they just deny, prevaricate and ignore.

It’s time to toss this mob out. If only there was a viable alternative…

Some schools are trying to deal with traumatised children whose self protective behaviour is proving to be extremely dangerous. Trying to mitigate against these behaviours is enormously costly. Perhaps what’s needed as well as counsellors and social workers is a special unit, (either near schools or on campus), designed to help these traumatised children to feel safe all the time.

Until the School system begins to have sanctions against bullying the bullies will keep on going. They do it with impunity because the spineless system cannot keep them away from other kids.

Bullying is not taken seriously by schools. We as parents have known this for too long. Putting social workers in schools probably won’t help. They are mandated to report to Child Protection. They will more likely report the victim, not the bully. The victim is seen as “at risk of harm!”