19 May 2021 | Genevieve Jacobs
Start the conversation 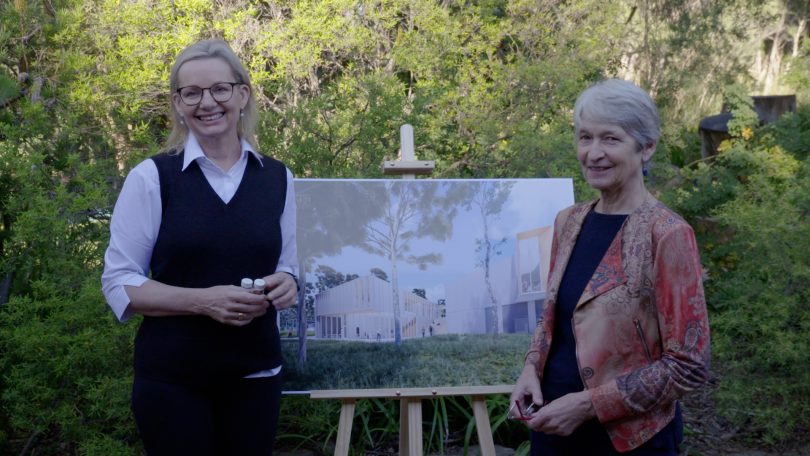 In one, seeds from the Graveside Gorge wattle, named only in 2014, found in a single location inside Kakadu National Park and vulnerable to complete extinction in a bushfire.

In the other, the even rarer Philip Island Hibiscus, restricted to a tiny patch on a tiny island just in the Norfolk Island National Park.

The seeds – and the seed bank in which they will be stored when the project is complete – are a life raft for Australia’s rare and endangered flora, an insurance policy and a scientific cornucopia all at once. Of the 4000 or more plant species collected by the ANBG, 139 are seriously threatened, making scientific and horticultural research a major priority for the future.

The existing seed bank facilities at the ANBG have been superseded, and the Gardens have enlisted wide-ranging support for the new seed bank project, including National Seed Bank Ambassador, Gardening Australia‘s Costa Georgiadis.

The risks of extinction are all too real. Last summer, the National Seed Bank team assessed plants affected by the devastating Black Summer bushfires. Of two dozen species affected by the natural disaster, two had 100 per cent of their range in Namadgi National Park hit by the blaze. 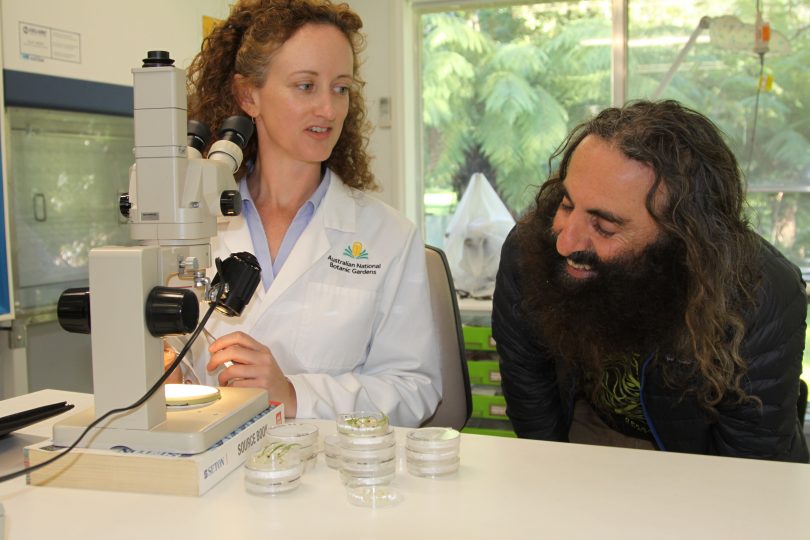 A national seed bank means there are multiple collections for recovery populations and also allows research to be done on the impact of fire.

“The seed bank is an investment in our future, the health of our nation’s environment and our biodiversity,” Ms Ley said as the designs for a new multi-million dollar facility were unveiled, including an extensive seed bank freezer vault and research laboratories.

That’s been a challenge for architect John Guida, whose firm had to contend with creating a state of the art building that was robust enough to survive the threat of fire and power failures. The minister described it as “a bunker like no other”, incorporating solar panels, a backup generator and a meticulous design to protect its precious cargo.

In addition to providing backup resources, the seed bank will also play a role in researching germination, establishing networks with other national seed banks and ongoing research. 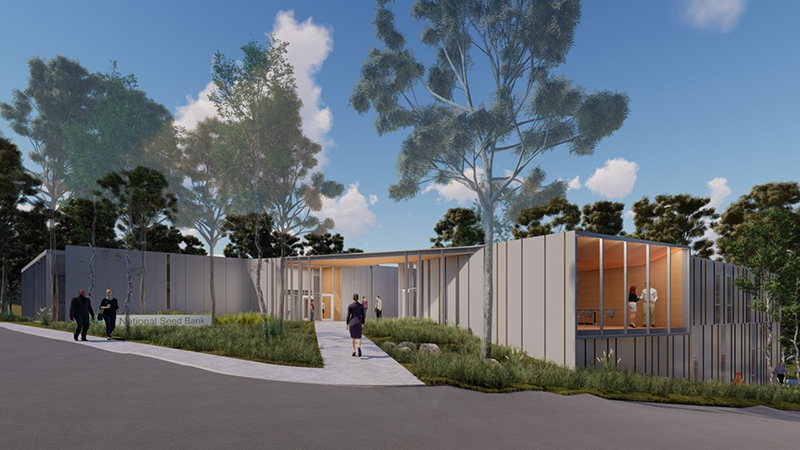 Situated in the northern part of the gardens, close to the neighbouring CSIRO site, there will be world-class biosecurity provisions and multiple laboratories for each stage of the seed journey, from preparation to morphology and biology studies.

The project will cost $7.2 million and is set to commence in 2022. Around $650,000 in philanthropic funding will assist with the project, including an online auction run by the National Parks Conservation Trust. This will fund specialist equipment to bank more species, uncover germination secrets with modern scientific techniques, and invest in volunteers. The auction ends on 23 May.

Trustee Guy Fitzhardinge said the seed bank and fundraising efforts “plants our seed for the future”.