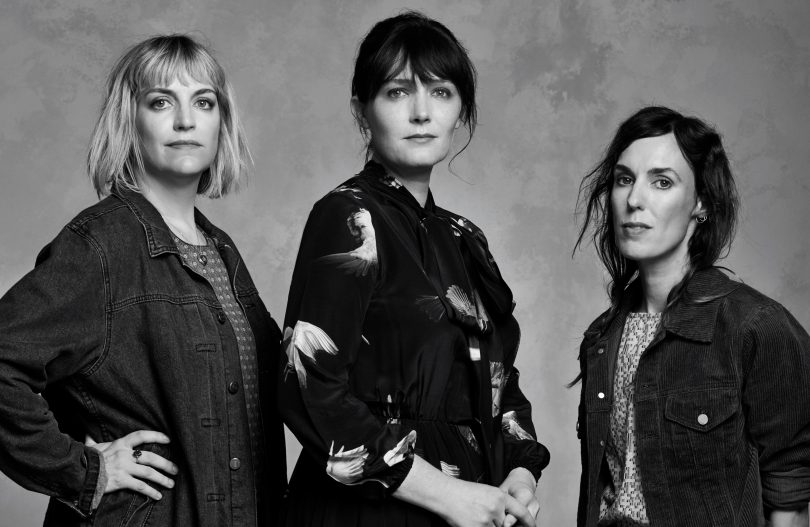 For Holly Throsby, Sally Seltmann and Sarah Blasko, getting back on stage together might feel familiar, but it sees them in uncharted territory.

“We were all pretty nervous before the show,” says Throsby, speaking about the supergroup’s mid-July performance at Sydney’s Landsdowne Hotel. “We hadn’t done a Seeker Lover Keeper show for eight years, and we’d never played the new songs live before.

“We kind of forget how fun it is to be on stage together. We get to play a show and watch a show at the same time.”

A lot has happened since Seeker Lover Keeper released their self-titled debut back in 2011. Throsby became a novelist for a start, publishing her first and second novels in the intervening years. Safe to say, she’s worn many a creative hat.

“I think the thing with Seeker Lover Keeper is that it came together really organically and went apart really organically,” she says. “Sally was living in L.A. for a couple of years, we all had various personal things, having children, working on different projects. There was no room at those times for the three of us to be in a free space.

“It was difficult to synchronise. It’s inevitable that the cycle ends. But now we’re in the zone.” 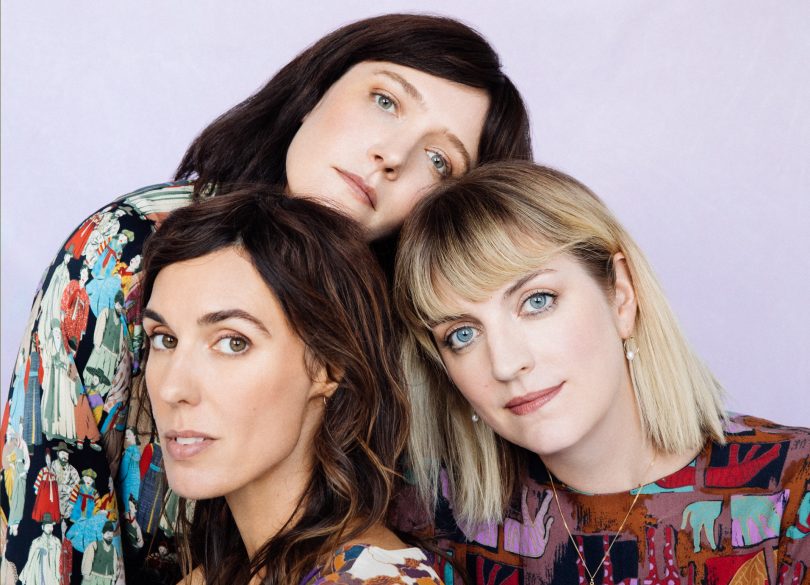 Seeker Lover Keeper are bringing their new album Wild Seeds to The Playhouse on Friday September 6.

For the moment, ‘the zone’ means heading out on the road, playing old favourites like ‘Even Though I’m A Woman’ and ‘Light All My Lights’ as well as material from new album Wild Seeds.

The record chronicles many of the changes each of the three singer-songwriters have gone through between albums. It captures the new perspective they’ve gained.

The title track rings with the inescapability of growing older and the wildness of youth while new single ‘Let It Out’ inspires honesty in reflecting on the past and the courage to take pride in the person you’ve become. The group made the decision to write all of these new songs collaboratively, though it wasn’t without its challenges.

“We managed to get over that initial trepidation. Sarah and I, we’d never really written lyrics like that before, it’s quite a vulnerable exercise I guess. Quite quickly we were able to float ideas and have those not go anywhere.

“Along the line, you end up at a much more fruitful exercise. You kind of have to get through a lot of stuff that doesn’t work to get to the stuff that does.”

Though they share so much in common, Seeker Lover Keeper’s members are masters at creating space for one another’s voices. Their individual curiosity constantly leads them to seek out new challenges, and those threads always find their way back into the creative process.

For Holly Throsby, sometimes that means spending time away – taking walks, making new discoveries and allowing herself the room to breathe.

“Movement unleashes a lot,” she says. “You have to get away – I’m not even focusing on anything and I’ll think, ‘oh, that’s a good way to solve that thing’. Things will sort themselves out like that. But I think if you made a plan around it… well, it doesn’t really work like that.”

Catch Seeker Lover Keeper at The Playhouse on Friday September 7. Tickets from $65 + booking fee via canberratheatrecentre.com.au.