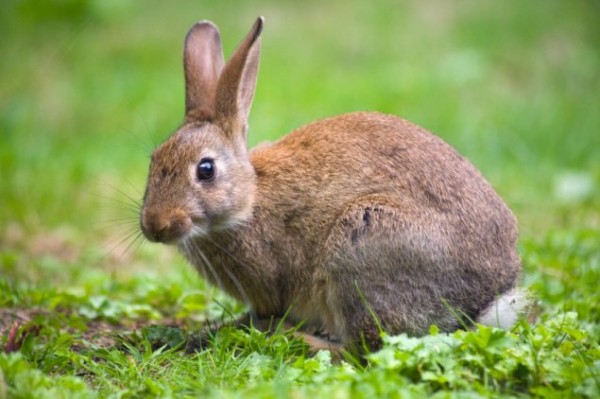 Cute but destructive. Rabbit numbers are exploding due to the favourable conditions. Photo: File.

An explosion in rabbit numbers has the National Capital Authority twitchy about their impact on the Parliamentary Triangle landscape, calling in contract shooters to try to keep them under control.

It says shooting is more humane than poison, which also threatens other animals, such as predatory birds, feasting on the destructive little critters.

Member for Bean David Smith quizzed NCA Chief Executive Sally Barnes during a parliamentary committee hearing on Tuesday (7 December) about the rabbit issue and what it was doing to manage the situation.

Ms Barnes said that with the above-average rainfall, vegetation was out of control, and so were the rabbits, which are breeding like, well, rabbits.

“Rabbits are always an issue for us,” she said. “We’ve got ongoing management plans in terms of how we work to manage those numbers.”

READ MORE: Is it time we took mowing into our own hands?

That includes stripping vegetation to deprive them of cover but not the fumigation of burrows and warrens undertaken outside the Triangle, or the dropping of baits.

“What we do know is some of the larger birds in Canberra, actually rabbits are their natural diet. And in fact, I’ve seen raptors swoop twice and pick up kittens from Kings Park and take them away to nests. So our preference is to minimise the use of poisons.

But the NCA did do some targeted shooting in some places.

“We’re going to be very careful about that,” she said.

Contractors use air guns and thermal imaging in low traffic areas, and the carcasses are given to the zoo.

Fortunately, the NCA had not seen a significant increase in damage to parklands, Ms Barnes said.

But it remains a never-ending battle.

“We have to keep on it. We’ve got an ongoing program. That is to say, I think it’s a problem around a lot of land in Canberra at the moment,” Ms Barnes said.

Committee member WA Senator Matt O’Sullivan could only concur, recalling that the last time he was in Canberra, he nearly collected one while riding his bike.

“They’re certainly feasting on something because it was one of the biggest rabbits I’ve ever seen,” he said.

Rabbits have been around seemingly forever in Canberra, thanks to the colonialists who thought they were a good idea to make the place more like home.

The NCA website says they were in plague proportions when Charles Weston was planting trees in the early years of the national capital.

The Authority works with other land managers such as the ANU, Defence, and the ACT Government, which ran a fumigation program in Gungahlin earlier in the year.

Rabbits are a major pest, causing erosion and other damaging effects on the environment, and cost the agriculture sector more than $200 million a year through lost production.

The release of viruses, starting with Myxomatosis, have helped curb numbers but failed to eradicate them.

There is not such thing as a feral animal Earth is home to all animals.

Who let the rabbit out?

I saw at least 50 in one glance at City Hill recently. I suppose it saves on mowing costs 😁

Jean Ffrench at least one lives in my street. And I’ve seen several on my walks around the suburb.

Aren't Akubras made from Wabbit skins.

Rob Chalmers sure are

There’s about 27 that makes one hat

Rob Chalmers Yes, and we need more hats! Get to it.

Maybe they could manage the feral cats also

Well they weren’t going to call in a plumber now, we’re they?

ROTFLMAOff. Noting that shooting is an $$$$$$ treatment, bta myxomatosis doesn’t work anymore.
As a Repat/Legacy kid I got real good at skinning and gutting rabbits & hares. Let alone at killing and gutting chooks. In the latter case a few months before they stopped laying was best.

And today they processors have the temerity to call those “old boilers” chickens.

Andrew Early - 2 minutes ago
Elaine Staples no Elaine…. Worst tree EVER. View
Lucy Doan - 5 minutes ago
Funny thing is that the planners never plant in their areas such as inner south or inner North, they plant these trees in poo... View
Steven Miller - 29 minutes ago
Lorraine Burford well that’s all an option! 🤣 View
Food & Wine 9

Vicky Myors - 3 minutes ago
So cute how you had chickens in the back if your ute View
Vicky Myors - 7 minutes ago
Paul I watched your show tonight for the first time .Very impressed you do a fab cook up . keep up the good work.I will be wa... View
News 45

Diane Tait - 12 minutes ago
Sue Danaher we have had this system for 7 years since we moved to Lake Macquarie. At this time of year we could do with two g... View
kenbehrens - 27 minutes ago
Those government claims also assigned a dollar value to the 30% food waste. When I calculated back the "average" weekly food... View
TimboinOz - 4 hours ago
We have two large grey-black recycled-plastic worm farms. Much less work than composting, no turning, effectively zero smells... View
Sport 2

Hillbilly - 16 minutes ago
Both firmly in the pantheon of the greats and both made huge contributions to Canberra. Best wishes to them. View
Community 96

Mick Brennan - 19 minutes ago
Kris Peralta diff events View
Katarina Vucic - 20 minutes ago
Just let people who enjoy to have it simple stop making world too safe let some steam out View
Scott Norman - 23 minutes ago
Toni Isaacson who is us? View
Lifestyle 7

thea - 32 minutes ago
We want more of Geoff’s work in ACT please! View
Rebecca Mosher - 2 hours ago
Such an amazing artist View
Lifestyle 30

Shoppers might be contending with increasingly bare shelves as increasing numbers of workers find themselves in isolation due to COVID-19,...
News 45

It was much anticipated by many, but the food organics and garden organics (FOGO) trial has hit a bump in...
News 4

For a long time, we did everything we could to avoid catching COVID-19 (lockdowns, anyone?) The reality is that many...
News 1

@the_riotact @The_RiotACT
The @acccgovau is investigating reports of #rapidantigentests being sold for "outrageous" prices. But #Canberra pharmacies say their big concern remains supply and they welcome the scrutiny https://t.co/OLkQPnSfWa (33 minutes ago)