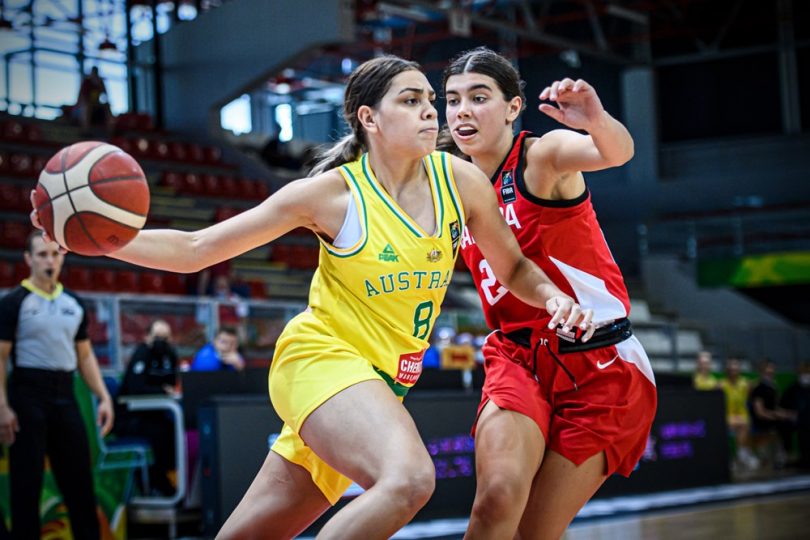 Basketball young gun Shaneice Swain is amped for her first home game with the University of Canberra Capitals on 12 December.

The UC Capitals have signed Swain for the 2021/22 Women’s National Basketball League season and she’ll hit the court with the team for the first time when they take on the Sydney Uni Flames at Qudos Bank Arena on 5 December.

But it’s her first home game, taking on the Flames for the second time at the National Convention Centre on 12 December, that Swain is really looking forward to.

“I’ve been to a couple of the Caps games in Canberra and it’s pretty exciting,” Swain said.

“There’s a lot of fans and the energy in the stadium is pretty cool, so it will be even more exciting being there as a player.”

Swain recently celebrated her 18th birthday in her hometown of Cairns in Far North Queensland before returning to Canberra to commence training with the Capitals last week.

As the youngest team member, Swain says she’s thrilled to be playing with so many strong women that she looks up to.

“I feel like I’m training with a bunch of leaders,” she said.

“It’s very different training with people that are older than me and, already, I’ve learnt so much from them.”

READ ALSO After the WNBL COVID bubble last year, the UC Capitals are back with nine home games this season

If she had to choose one teammate that inspires her, Swain says it’s star forward and club captain Kelsey Griffin.

“She doesn’t play my position, but she’s a great overall leader,” she said.

“I’m pretty shy and not really out there so I look up to her for leadership skills.”

Swain was born and raised in Cairns, discovering her love of basketball at the age of five.

In August 2021 she represented Australia at the FIBA u19 World Championships in Hungary.

Swain was a starter during the tournament, averaging 8.5 points and 4.5 rebounds per game, helping the Australian team come home with the Silver Medal.

Playing with the Capitals is a step up for Swain who says she’s feeling confident and is up for the challenge.

“I’m excited about the first game and looking forward to playing against other higher-level teams instead of my own age group,” she said. 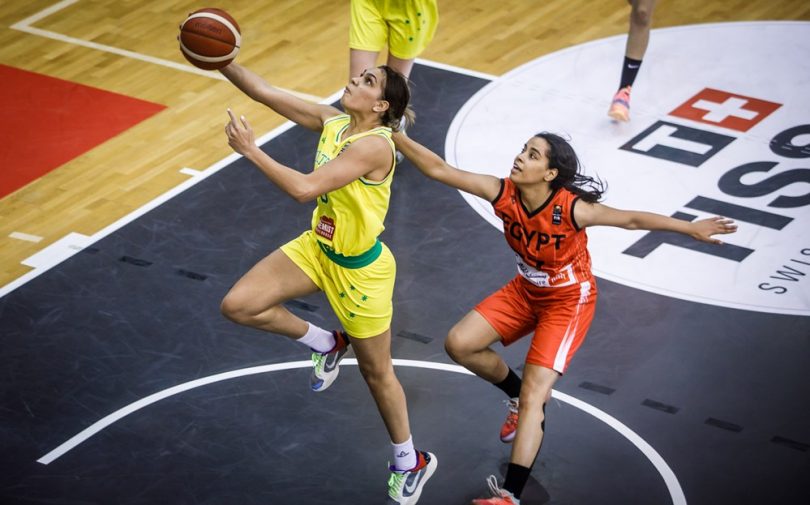 While she’s missing Queensland’s beaches, Swain says she’s happy to be back in Canberra after training at the Australian Institute of Sport for two years.

She has her sights on being selected for the Opals and representing Australia at the Commonwealth or Olympic Games.

Capitals head coach Paul Goriss is excited to add the Basketball Australia Centre of Excellence graduate to the roster.

“Shaneice is a silky smooth athlete with great ball-handling skills and the ability to get to the basket,” he said.

“She is fearless and is capable of being a great defender with her length and athleticism.”

Swain will be among some excellent young talent at the UC Caps as the team builds a strong future, including Jade Melbourne, Gemma Potter, Tahlia Tupaea and Abby Cubillo.

“It’s exciting to nurture and develop Australia’s young talent and we here at the UC Caps have provided a pathway for young talent to grow, develop and prosper in a great learning environment with our senior players and leader,” Goriss said.

“Players and mentors like Kelly Wilson, Britt Smart and Kelsey Griffin are certainly going to enhance their game and lead them in being a professional athlete in the WNBL on and off court.”