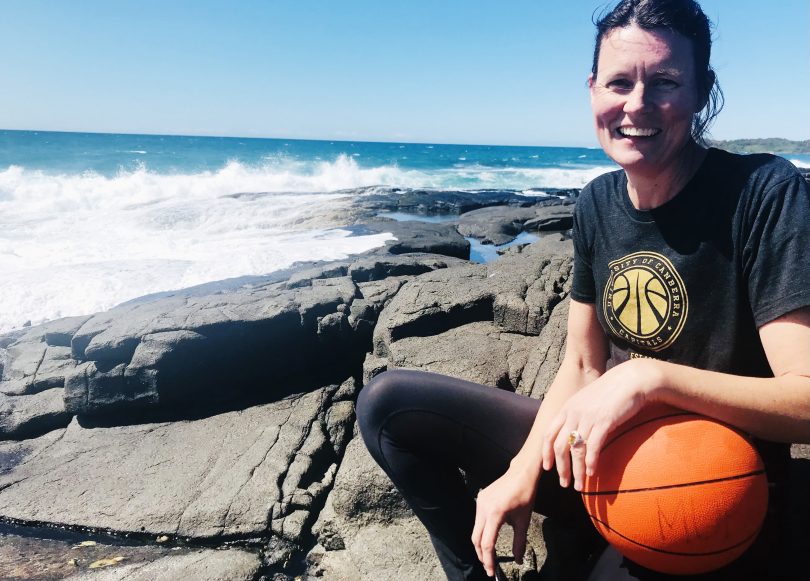 Former Australian Opals basketballer Lucille Bailie is giving back to the beachside community of Bawley Point that has welcomed her with open arms.

Lucille and her family moved to the close-knit coastal hamlet north of Batemans Bay three years ago, and she instantly fell in love with the people, the spectacular beaches and the laidback village lifestyle.

The general manager of UC Capitals and CEO of Physical Activity Foundation splits her time between the ACT and the NSW South Coast, however the current COVID-19 travel restrictions have given her the opportunity to work from home and immerse herself deeper into her adopted community.

Lucille says she has the best of both worlds, spending time in bustling Canberra working alongside incredible athletes one day, then kicking back with her family and mates at the beach the next.

The three-time WNBL championship player and Women’s National Basketball League life member is keen to put her basketball skills and extensive list of sporting contacts to good use in the Bawley Point community. She is encouraging locals, particularly women and kids, to grab a ball and get on the court.

Earlier this year, Lucille decided it was time for her to give back so she ran some skills clinics at the village’s rundown outdoor basketball court.

“I just threw it out there on Facebook and invited people to turn up, have a run around the court and have some fun,” she says.

Soon, up to 30 kids and adults were getting together to shoot hoops every Friday night, and Lucille says she couldn’t be happier.

“It’s a real buzz when people come along and try something new,” she says. “You can see how sport and being physically active can make people feel good.” 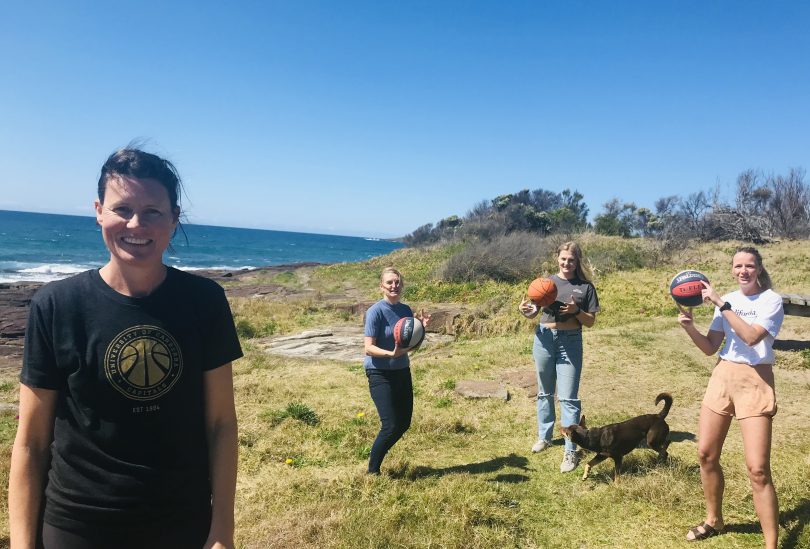 It wasn’t long before Lucille and some of the local ladies had formed a Bawley Point basketball team which now takes part in the nearby Milton Ulladulla Basketball Association competition.

Interest in the sport at Bawley Point has grown to the point where Lucille and a group of supporters have applied for funding to refurbish the outdoor basketball facility at Kioloa, which she says will be a great asset for locals as well as the many visitors to the area.

“The court is currently in a state of disrepair and the refurbishment will really enhance the local infrastructure here,” she says.

“This project is incredibly important to the Bawley Point and Kioloa community.

“Through my work in physical activity and elite sport, I know that for kids and adults to be physically active you need appropriate infrastructure that is free and accessible to everyone in your local neighbourhood.”

During the Black Summer bushfires, both their home and the retreat came under threat from the Currowan Fire.

The Bawley Point and surrounding communities of Termeil and Kioloa have become closer since the fires, and Lucille says the new basketball court will not only provide sporting opportunities for all ages, it will become a social outlet for people who may be feeling isolated or lonely, especially during COVID-19 lockdown.

“Streetball, community ball, is the very origins of basketball,” she says.

“You just turn up, jump on court and start creating new social connections.

“Free play is all about having fun. There’s no barriers and basketball is a game anyone can play no matter what their level of skill or experience.

“We’ve had our fair share of challenges, with bushfires and COVID-19, and this is a simple activity that can really help our community to connect.” 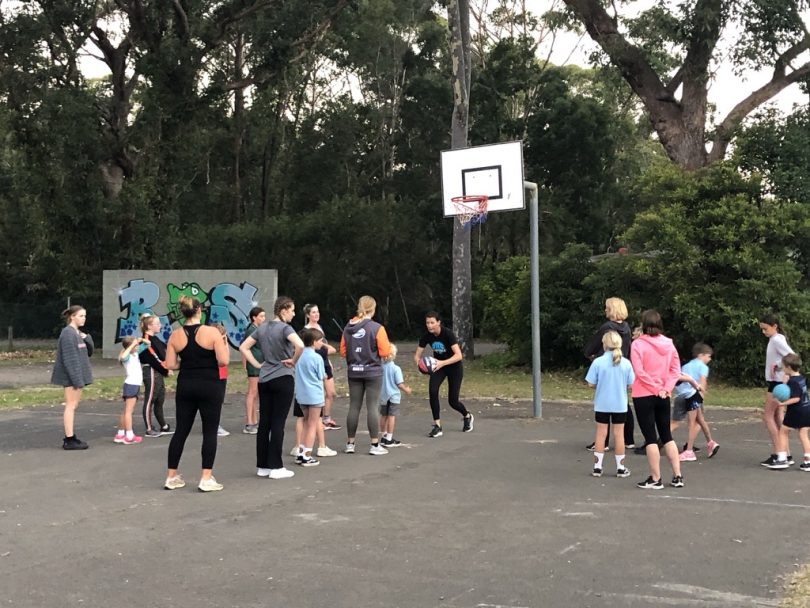 Lucille believes it’s important for sportspeople to give back to their communities and to inspire the next generation.

“I think I’ve got a responsibility to put something back into the sport, and I’m using my skills, knowledge and contacts to convert back into things that I can do for the community,” she says.

“I’m definitely using what’s at my disposal to make basketball part of this community and to engage people who have played previously or who have never even been on a court.”

The former UC Capitals captain and Australian Sports Medal recipient, Lucille says telling her story brings “great joy” and inspiring young kids is at the top of her list.

“You might be an eight-year-old kid growing up in Bawley Point who hasn’t played much basketball, but if you want to, through practice, hard work and the right attitude, you can play for the Australian Opals one day,” says Lucille.

“You’ve got as much possibility as any kid anywhere in Australia.”

Lucille and her friends are keen to start shooting hoops post-COVID-19, and are eagerly awaiting news of funding for their basketball court makeover.

“If I can drop a little seed in the minds of some of the local women, local families and kids, and we start playing on this court, that would be a wonderful outcome,” she says.