Sir David Butler looking back at The Canberra Model

ANU has posted a 40 minute slab of interview with Sir David Butler 40 years after his book “The Canberra Model” attempted to explain our system of power and Government:

Professor John Uhr sits down with Sir David Butler to discuss his 1973 book, The Canberra Model, and David’s history with Australia and Canberra.

This year marks the 40th anniversary of Sir David Butler’s pioneering book The Canberra Model on Australian politics and government.

David Butler is an Emeritus Fellow of Nuffield College, Oxford. He was elected a Fellow of the British Academy in 1994. He was knighted in the 2011 New Year Honours for services to political science. Butler was awarded an honorary doctorate from the University of Essex in 1993. 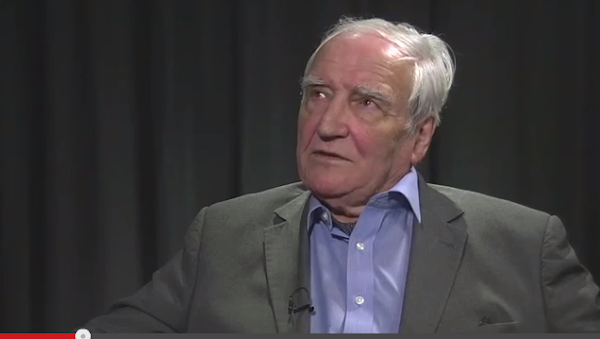 Lucy Irene - 51 minutes ago
Mmm, not sure why ‘rainbow’ roundabouts could be an issue, curious! View
News 36

Capital Retro - 5 hours ago
When you say "we", who exactly do you mean? How about you lead by example and tell us what you would do because many before y... View
chewy14 - 5 hours ago
Robert, Yes we do. The first part of that would, however be to admit that Indigenous people commit crimes at rates many times... View
Robert - 6 hours ago
Those numbers reflect the numbers of indigenous people in our jails. Surely we need to do something about aboriginal people b... View
show more show less
*Results are based on activity within last 7 days