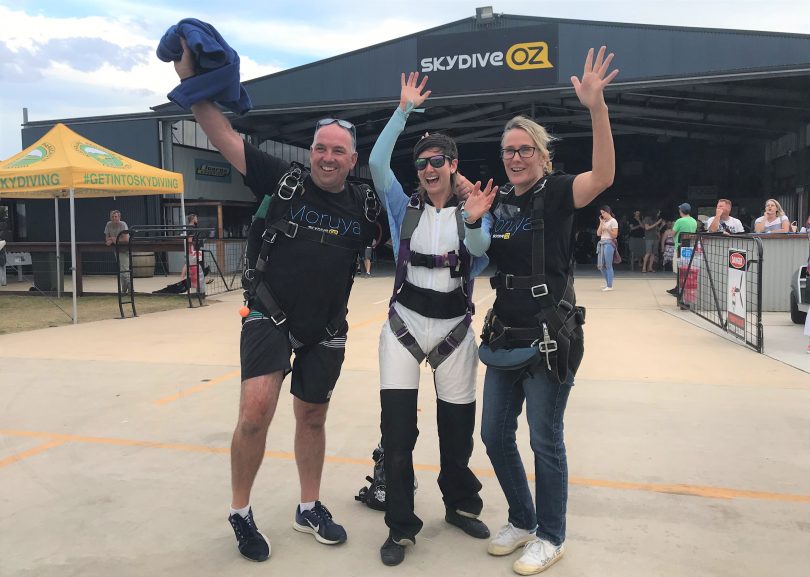 Moruya’s Skydive Oz is hosting up to 150 of the country’s best skydivers in the annual meet run by the Australian Parachute Federation.

Joining in the opening was Eurobodalla Mayor Liz Innes, who took her first tandem jump with Paul Smith – Owner of Skydive Oz.

Following the jump, a pumped Cr Innes said it was the best experience she had had, after childbirth. 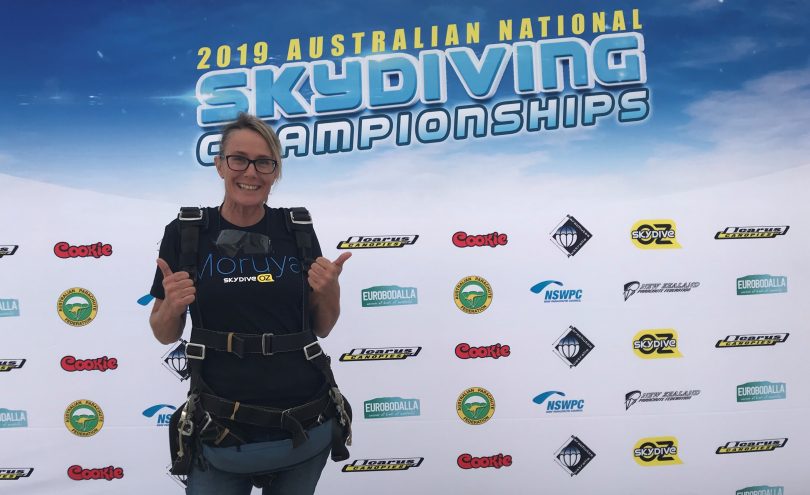 The week-long competition will see a huge contingent of supporters, judges, officials, sponsors and spectators in the Eurobodalla.

The meet comes only months after Australians won three medals at the 2018 World Parachuting Championships on the Gold Coast. Each one of those medallists will compete at Moruya.

Meet Director Jules McConnel said the championships was a great opportunity to showcase competitive skydiving to a wider audience.

READ ALSO The best skydiving and adventure activities in Canberra

“Tandem skydiving is obviously at the forefront of the public’s mind but there is another aspect to our world, and it is a sport like no other,” she said.

“While many people see skydiving as a one-off activity, those who choose to compete in or follow competitive skydiving, discover incredible athletes contesting numerous disciplines in a super-charged atmosphere.

“We want to share that buzz with spectators at this year’s championships where they will be guaranteed to see some of the best skydivers in the world showcasing their incredible skills in the skies high above Moruya.” 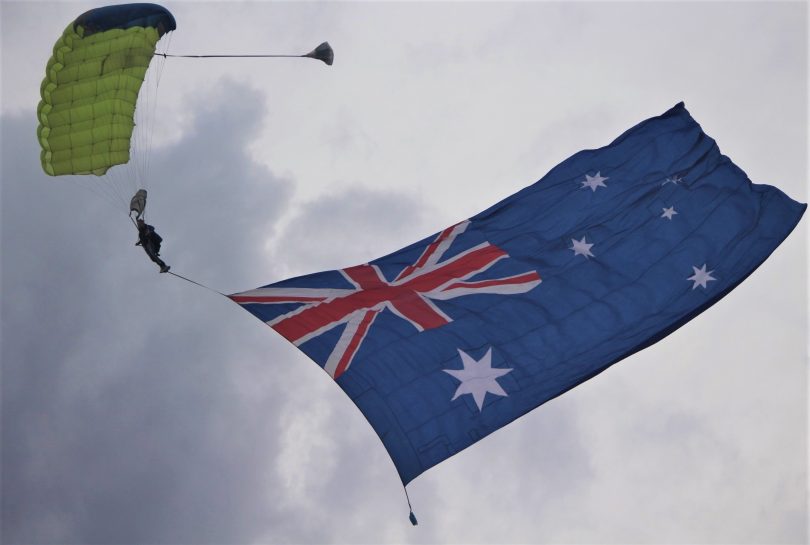 The Australian flag was flying high for the official opening. Photo: Alex Rea.

Along with the contingent who won medals in Speed, Canopy Formation and Vertical Formation at last year’s world titles, the upcoming championships will host an array of skydivers who broke Australian records on the Gold Coast.

Ms McConnel said this was the first time the coastal town of Moruya would host the national championships.

“As well as being one of the most progressive sport drop zones in the country, it is on a beautiful stretch of coastline. Providing skydivers and spectators a great place to enjoy the event and a stunning backdrop for memorable snapshots.”

“Skydiving is a spectacular sport at the best of times – it looks like fireworks in all the sky when all those chutes open up – but in a setting like Moruya, it’s going to be something else,” she said.

At Sunday’s opening, one of the world’s best aerobatic pilots, Paul Bennett, put on an exciting display for the official, thrilling the crowd. 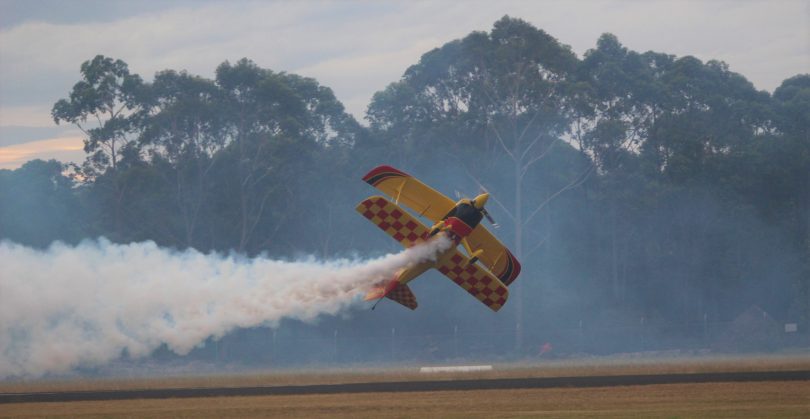 Paul Bennett displaying his skill with a wing tip just feet above the tarmac along the runway. Photo: Alex Rea.

The 2019 Australian and New Zealand National Skydiving Championships will be held at Moruya from March 11-18.

The medal presentations will be held on March 15 and 16.

Yep that’s it, absolutely incredible to see, and we got the free show, amazing

Best aerobatics I have ever seen.