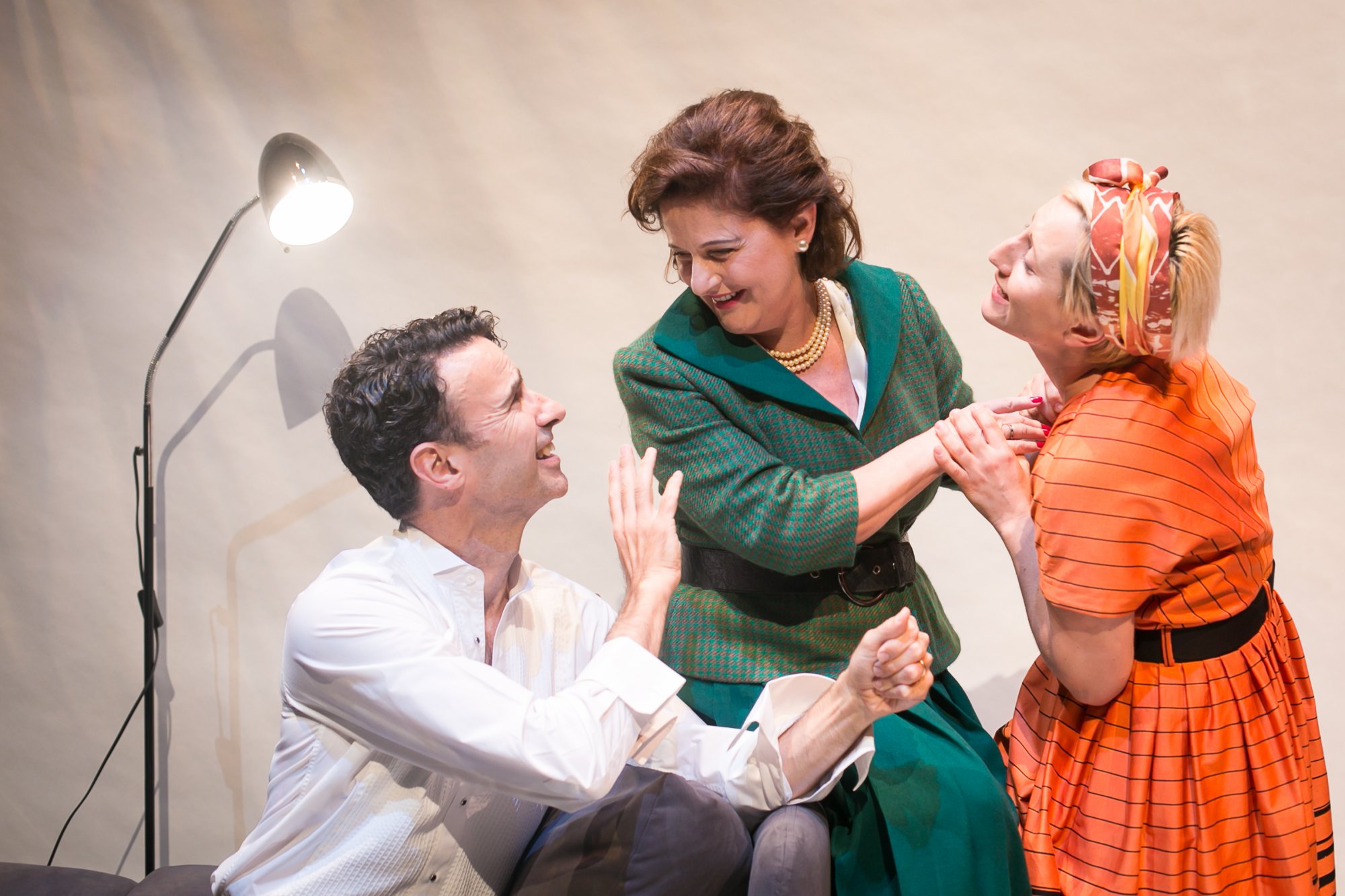 If Canberra were a person, would she be the cool, composed, sophisticated professional type or a bi-sexual, cross dresser with a penchant for intrigue and martinis?

She may be neither but she is certainly a complex character in the new play Cold Light about to take the city by storm.

Cold Light is the final novel in Frank Moorhouse’s brilliant Edith trilogy and has been transformed into a compelling play by Alana Valentine. It tells the story the flamboyant and ambitious Edith Campbell Berry, a young woman who joins the League of Nations after its inception in 1920, as did many young idealistic people.

Edith, played by television star Sonia Todd, returns from the heady freedoms and liberal tolerance of post-War Europe with her husband Ambrose and slams into conservative 1950s Canberra with a thud, jeopardising their “lavender marriage” and confronting her Communist brother.

Caroline Stacy, artistic director and CEO of The Street Theatre, optioned the 700-page novel as a Centenary of Canberra project and, like all fine things, it has taken time and concerted effort, but the results are worth the wait.

Stacy, the driving force and visionary of the project, snagged Todd (Janet King, Home and Away, Rake, McLeod’s Daughters) to star as Edith but her commitment to local talent sees the charming countertenor Tobias Cole as Ambrose and improv theatre expert Nick Byrne stepping into the roles of prime ministers Menzies and Whitlam. Kiki Skountzos, Craig Alexander and Gerald Carroll make up this excellent ensemble. 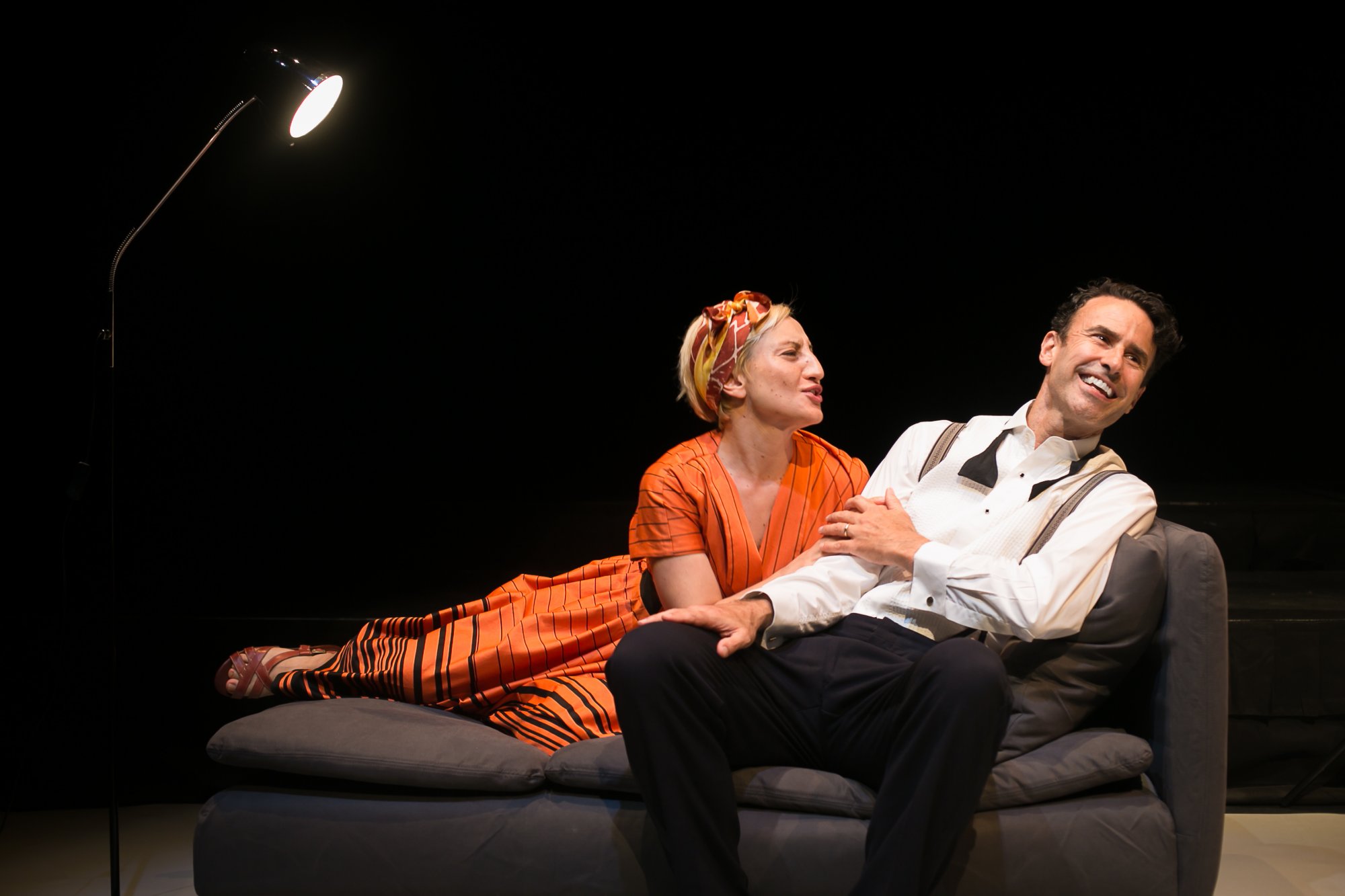 Valentine says she read the first in the trilogy “in a frenzy of excitement and eye strain” and was struck by how the novels reflect the way Australia treats its visionaries.

“Cold Light is a portrait of a suffocated visionary, a demanding, contradictory and unique fictional creation,” she says. “And there is some great lingerie!”

“How we make Canberra a character in the play is by showing how characters react to it – their behaviour in different circumstances.”

Moorhouse, who spent four years in Geneva working in the archives of the League of Nations for the first in the trilogy Grand Days, says archives are a great friend to the novelist. “Canberra is one of the most documented cities of the 20th century.”

He says Canberra, “a city like no other”, distilled the great passions of so many people, not just Walter Burley Griffin and Marion Mahony Griffin, and this endures more than a hundred years later. “Still today Canberra has the option of taking buildings out because they were a mistake!

“The philosophy of designing cities has changed and Canberra is a product of this and shows how we are shaped by cities.”

Moorhouse stresses that Valentine has created a new work of art by reducing his 700 pages to its key themes and bringing the characters to life in a fascinating blend of fact of fiction.

Stacy, who has made The Street a cultural champion for Canberra and its abundant talent, says this world premiere of the first stage play of a Moorhouse novel is a tribute to our complex and exciting city.

“Canberra sits at the heart of the play with its idea of vision, ambition and tenacity and making a difference to peoples’ lives.

“This work is a call to action for all of us – to go out and make this world a better place.”

Turnball Yarry - 3 hours ago
Rusty Mash Micro-forest!... View
Ashley Keaveney - 4 hours ago
How about fix and maintain them. Dry land oval is a complete cop-out...... View
Elspeth Shannon Rollason - 5 hours ago
The Florey oval which is in this picture needs to be an oval for the primary school. It needs to be fixed up so the kids can... View
News 17

Tina Newsome - 4 hours ago
Did not even get a sniff in with this scheme and neither did anyone that I know. I'm rather dubious about that '30,000' figur... View
Alex Nicolson - 8 hours ago
Albert Blair It did show the gubmint was trying to do something but I agree it seemed pretty ineffective. View
Motoring 4

Paula Simcocks - 5 hours ago
Marty Hoenig has had one of the best filtered water system for years. Bad about 2000 and before but now state of the ark wate... View
Breaking 1