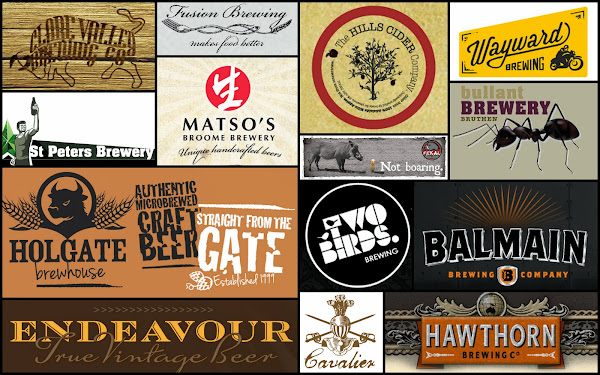 If you like beer, then this is probably the event for you.

Head down to EPIC this Saturday at about 11.30 and partake!

The beer war has turned into a beer crusade! The second Small Brewers Beer Festival has captured the attention of some of the best small brewers in Australia.

More unique and flavoursome beers and ciders will be brought to Canberra than have ever been seen before. This year the event will be held at Exhibition Park in Canberra to allow for greater crowd capacity. Local bands will be providing some toe tapping fun music to entertain us and gourmet food will be available from multiple stalls.

Tickets are available for purchase here at moshtix for $35.

TIme to find a designated driver.

HopDog Beerworks from Nowra will also be there. Well worth attending for their beery goodness.

This is just the sort of thing that Premium Subscribers love to get free tickets to, so they can become a little less lovely and erudite and SUBTLE.

The beer, not the Bookfair.

And Sweet Little Bracham, there is another type of football played with a strange ball, which is quite popular in Melbourne. Hawthorn is a team that is proficient at this football, and the players are coming up to a biggish match.

I am completely lost.

And once you’ve finished pop into the Bookfair and spend too much money.

Meegan Ward - 15 minutes ago
Pot holes are everywhere.with such a heavy downpour recently it's no wonder. From Gungahlin, Woden, Tuggers too.. View
Shannon Canavan - 49 minutes ago
Mary Edmond the 🤬 potholes!!! View
Bek Clark - 8 hours ago
Yeah, like the highways leading from coal mines to port. Fun times. View
Food & Wine 10

Peter Kelly - 25 minutes ago
Excellent news, much nicer then another apartment block View
Neil Sullivan - 13 hours ago
Are we invited? View
James Gaughwin - 13 hours ago
Barbara Sullivan twist my arm, we all might need to have a drink there when it’s done! View
Business 10

Eddie Xia - 6 hours ago
Those trees are not that extremely danger at all. Otherwise it should be long gone when flooding and bushfires were there. View
What's On 6

Marga Varea - 7 hours ago
Nice article! Hope many people will be able to watch the film on Friday! View
Community 11

gooterz - 10 hours ago
10 years over due, yet we're suddenly in a hurry? The new design isn't future proof and will likely require a new hospital do... View
Community 1

TimboinOz - 10 hours ago
Wowww! What a lovely story.... View
Community 4

George Watling - 11 hours ago
I have serious doubts about this micro-forest method. Lots of claims are being made about its benefits but there is no scient... View
Business 1

Capital Retro - 12 hours ago
What are the tax implications of these schemes? They are being marketed as commercial in spirit to deal directly with distrib... View
Community 29

nickwest - 13 hours ago
I'm not sure about the politics but the rates increase is supposed to eventually replace stamp duty. The idea is to reduce to... View
show more show less
*Results are based on activity within last 7 days

A disabled parking spot outside Mawson Domino's pizza is the latest spark in an ongoing debate about roads and parking...
News 56

@The_RiotACT @The_RiotACT
When Pansto the rakali was recently discovered in Queanbeyan, he had significant health issues, but now he's been nursed back to health by Wildcare volunteers and released into the wild https://t.co/wL38Yz9hAG (10 hours ago)

@The_RiotACT @The_RiotACT
Symphonies, country music, ceramics - there really is something for everyone this week. As always, check ahead before you go https://t.co/5ZSYZ1CzVr (12 hours ago)