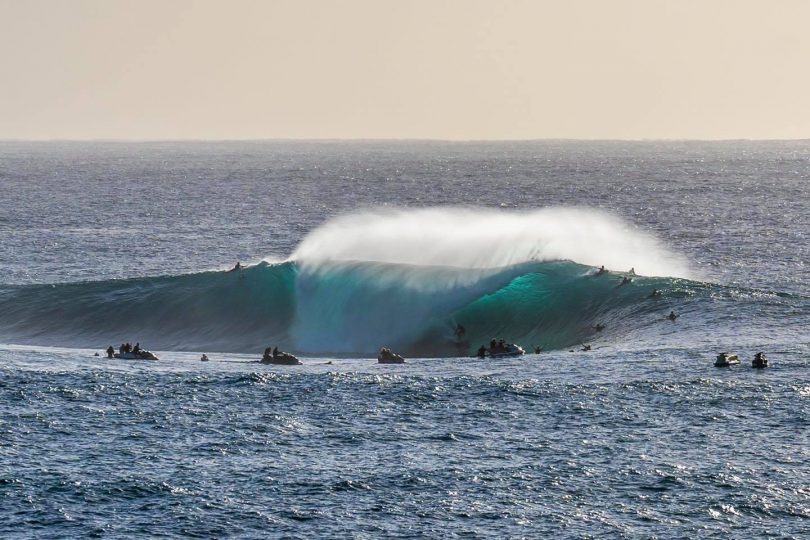 Those who know will know where this South Coast bomby breaks, pictured here in January. It could be working again this weekend. Photo: Josh Burkinshaw Images.

It may be difficult to get hold of a tradie to do an emergency job this weekend as word gathers of a huge southerly swell brushing the coastline (it also happens to be a long weekend in the ACT).

All the surf forecast models are lighting up with predictions of a swell anywhere between 5 and 8 metres, beginning on Friday and leaving a trail of waves until at least Tuesday next week.

The initial pulse with be directly from the south, meaning the bigger waves will push straight past the South Coast to buffet the NSW mid and north coasts.

As the deep low-pressure system and associated cold front move off the coast into the Tasman Sea, the swell will have more of a south-easterly direction that will light up all south-facing beaches along the South Coast.

Winds are expected to be offshore, blowing in a west or south-westerly direction, making the conditions perfect for experienced surfers, or those just wanting to see Mother Nature at her finest. 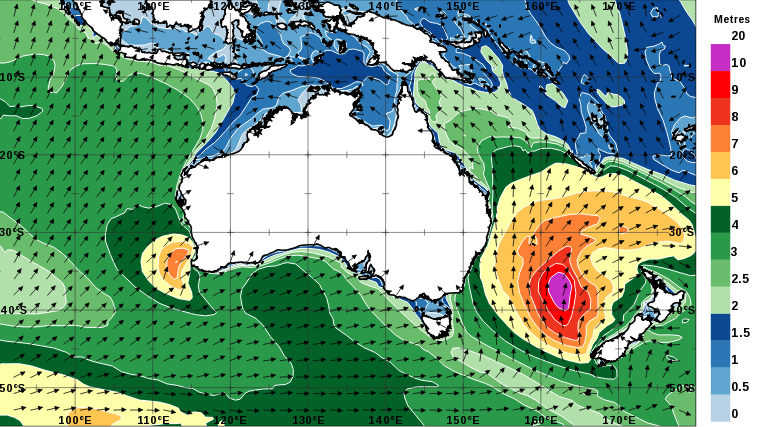 Wave height and direction forecast for Sunday 30 May. Image: Bureau of Meteorology.

The Bureau of Meteorology has issued a hazardous surf warning for the entire NSW coastline, while boaters and fishers are urged to check with their local authorities before heading anywhere near the ocean.

Weatherzone forecaster Ben Domensino said as the weather system builds in the Tasman Sea, it will bring monstrous waves and howling winds due to its proximity to a high-pressure system over central Australia.

“This pressure gradient will generate a large and persistent area of south to southwesterly winds above the Tasman Sea that will relentlessly blow at around 30 to 40 kt (55 to 75 km/h) between Friday and Sunday,” Mr Domensino said.

“Models suggest that significant wave heights, which is an average of the highest one-third of waves measured at any given location, could reach 9 to 10 metres around Lord Howe Island on Saturday.

“Wave heights won’t be quite as large along Australia’s east coast, but they could still reach about 5 to 7 metres not too far offshore between Friday and Sunday. South-facing beaches will see the biggest waves from this swell event.” 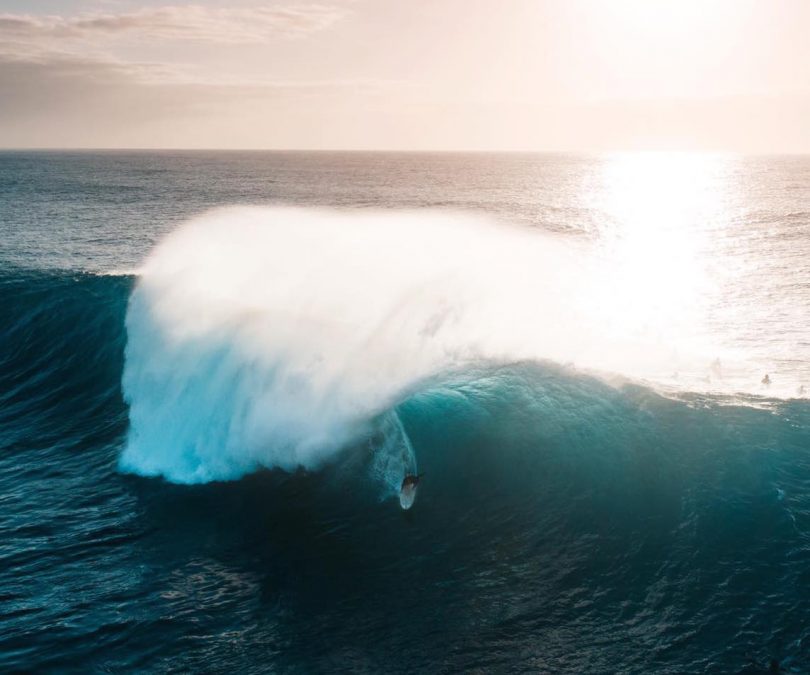 Big waves and offshore winds are forecast all along the South Coast this weekend, pictured here at an undisclosed spot north of Batemans Bay. Photo: Josh Burkinshaw Images.

“That all definitively points to a full weekend of heavy south swell, pretty straight out from 180 degrees as the first pulse peaks on Saturday, then a wider range of large surf across the entire NSW coast as a second, more SSE-angled pulse builds in on Sunday,” Mr McCartney said.

The last big swell to hit the South Coast was on the Easter long weekend when surfers swarmed to find a location with great waves. However, due to the accuracy of many forecasting sites and models, the days of finding the ultimate wave on your own or with a couple of your mates may be over.

chewy14 - 43 minutes ago
Jorie, Why would I imagine such a thing when it isn't close to reality? As I've said above, the vast majority of people aren'... View
jorie1 - 2 hours ago
Assume there are 300 rental properties in Canberra. And 3000 people looking for a rental property in Canberra (these Canberra... View
Ophellia Knobbs - 2 hours ago
Banning short term/Airbnb in certain areas like Civic & surrounding suburbs would. View
Lifestyle 1

protea - 46 minutes ago
Sadly, the machinery shed can be one of the most dangerous parts of the farm - apart from the dam. View
Sport 17

Finagen_Freeman - 47 minutes ago
If we have to pay at the Hospitals then we sure as hell should pay at a sporting / recreational venue. Oh, we don’t pay at... View
purplevh - 1 hour ago
Being a place that helps maintain a level of fitness in its users it's cost is most likely offset by the health benefits and... View
purplevh - 1 hour ago
Paid parking out there? Can't the ACT government come up with better ways to raise revenue other than constantly slugging the... View
Opinion 267

Alan Vogt - 1 hour ago
Rego for cyclists is a furphy. The link below shows the top five reasons. The vast majority of cyclists already pay rego (the... View
Valerie Merritt - 1 hour ago
Alan Vogt we still pay fees for cars on roads, cyclists should at least be registered and pay something towards the network o... View
News 1

With the ACT Government's revenue from traffic infringements predicted to more than double this financial year, a standing committee has...
Best of Canberra 48

Cutting and styling men's hair might seem simple. But the reality is that a skilled barber has thousands of hours...
Best of Canberra 40

@the_riotact @The_RiotACT
#International air #travel will look very different when Australia’s #borders fully re-open after the pandemic-induced downturn. Here's what the future could look like https://t.co/BwWOBDRVJY (1 hour ago)

@the_riotact @The_RiotACT
The ACT has recorded 24 new #COVID cases - the same as yesterday. Earlier this morning, Federal Health Minister Greg Hunt announced that 70 per cent of the eligible Australian population was fully #vaccinated https://t.co/6nHVps2YUs (3 hours ago)