Experts in buying, selling & renting
Your property, your future
12 May 2020 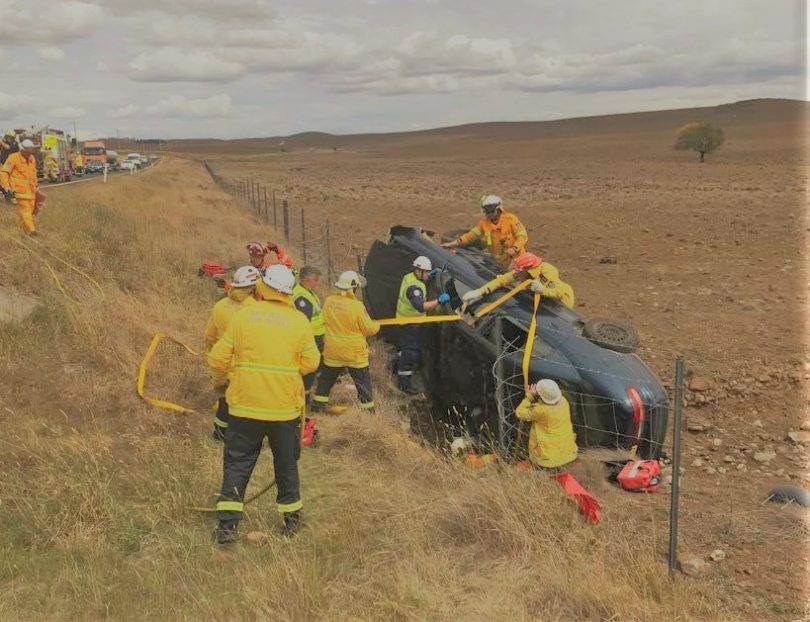 A team from NSW Rural Fire Service Southern Tablelands Zone was first on the scene to a car accident south of Cooma in March 2019. The crew’s efforts to stabilise the elderly driver until emergency services arrived have this week been acknowledged in a citation from RFS Deputy Commissioner Bob Rogers. Photo: Supplied.

A group of Southern Tablelands firefighters have been honoured for their bravery at the scene of a car accident south of Cooma in March 2019.

The contingent of 16 firefighters have been awarded the Commissioner’s Certificate of Commendation (Unit) following their actions at a single vehicle accident which saw the rescue of a trapped elderly man.

The commendation was awarded on Monday, 4 May – St Florian’s Day, which is named after the Patron Saint of Firefighters and traditionally recognises incredible acts of bravery in protecting the community or delivering the highest level of commitment to the service that is worthy of special recognition.

The strike team consisted of crews and combined crews that had for the most part, according to the NSW Rural Fire Service, never worked significantly or at all with any of the other crew members.

They had been drawn from the Southern Tablelands Zone which comprises 63 volunteer brigades across the local government areas of Upper Lachlan, Goulburn Mulwaree and Yass Valley.

About half an hour south of Cooma, the strike team came upon a single motor vehicle accident on the Monaro Highway, in which the vehicle had left the road and was precariously placed on its side in a deep culvert, with the bleeding and trapped elderly male driver still seatbelted in the upper part of the wreck.

According to the citation, a number of firefighters stabilised the vehicle by hand while others made the electrical system safe and provided external protection, traffic management, called for assistance and a range of other tasks. 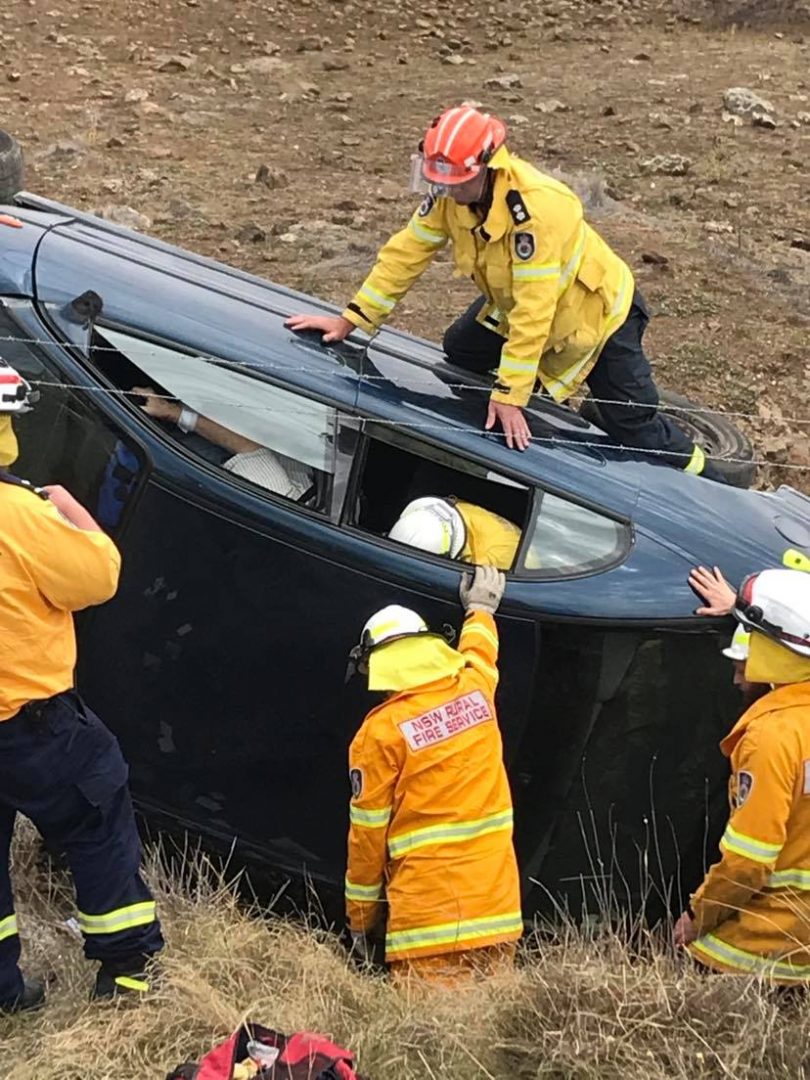 The Rural Fire Service crew working together to rescue the elderly driver of the upturned vehicle. Photo: Supplied.

Qualified paramedic, firefighter Richard Forshaw, entered the vehicle from above to assist the driver. At the same time, smoke emanating from the dashboard airbag area worsened after the electrical system was disconnected. This was quickly extinguished by one of the firefighters to eliminate the threat of fire.

The driver suffered a serious leg fracture, facial injuries and was being crushed by his own weight against the seatbelt from which he was suspended.

The firefighting team, led by deputy group captain Neil Shepherd, used 38mm hose to wrap around the patient and help spread the load of his weight which was causing immense pain to the left side of his chest.

More firefighters outside the vehicle also helped carry the man’s the weight.

With a plan to lower the patient gently onto a spine board, the team held the weight until he was observed to be slipping. The team then lowered him onto the left side windows of the vehicle.

With the arrival of rescue services, the vehicle was stabilised and the 78-year-old patient was subsequently extricated from the vehicle and carried up the hill using an “all hands approach” before being transported to hospital.

The crew then continued on their way south to Dargo, arriving at 11:30 pm, before commencing operations with their Victorian firefighting colleagues the following morning.

RFS Southern Tablelands Zone operational officer Lachlan Gilchrist was on the scene that day and said the actions of the team were exemplary.

“It literally happened 30 seconds in front of us,” he said. “We saw a cloud of dust ahead of us and we were fortunate to have spotted the car because it was quite deep in a culvert. It was only because another motorist stopped and flagged us down.

“I was in the furtherest vehicle back and I think the thing that impressed me was the strike team leader, who was in the first vehicle, probably no more than one minute had passed before stopping all the vehicles. Less than 20 words were uttered – for a team in separate vehicles that had never worked together before – [but] everyone immediately snapped into action and filled a role and knew what they had to do to help this gentleman until help arrived.”

Mr Gilchrist said the entire operation spoke volumes about the leadership systems in place and the training and commitment of RFS volunteers.

“There is no real training or precedent for that particular type of incident,” he said. “Fortunately, we had a paramedic on the scene and due to the circumstances we were forced to improvise, but that proved absolutely vital in saving the gentleman.”

Mr Gilchrist said the citation had caught them all by surprise.

“I think a lot of us feel a bit humbled but very honoured, and I think the volunteers would be the first to say that what they did on the day wasn’t particularly remarkable – it was part of their duties,” he said.

While RFS members could not gather to acknowledge the worthy recipients in person this year due to COVID-19 restrictions, NSW Rural Fire Service Deputy Commissioner Bob Rogers has written to each member. A formal ceremony will be held at a later date. 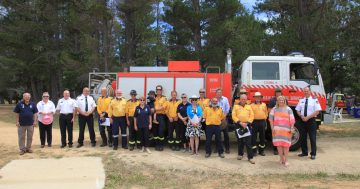