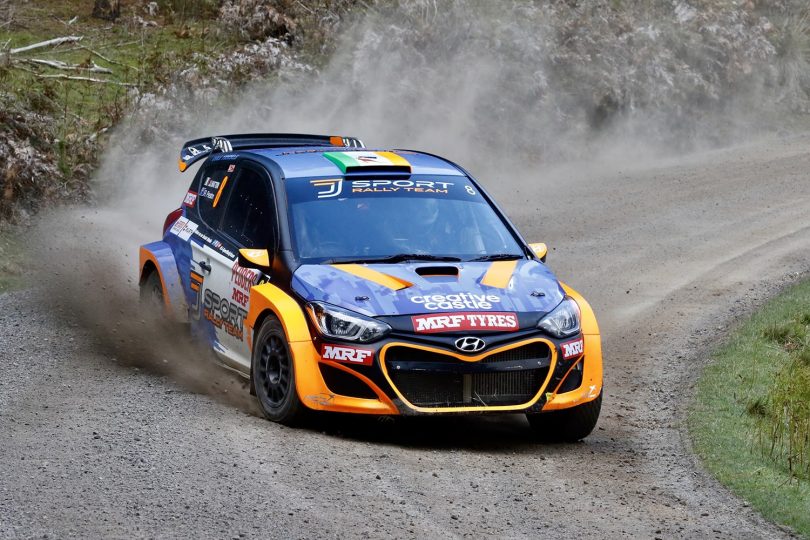 JJ Hatton driving his Hyundai i20 in the 2019 Australian Rally Championship. Photo: Supplied.

The AMH Automotive Group Rally of the Bay will go ahead on Saturday, 4 July, but no spectators will be allowed at the event. The rally is the first round of the NSW Rally Championship, but because of the COVID-19 break in race events, it has attracted top talent from the Australian Rally Championship.

A field of more than 80 competitors will take part, with reigning Australian Rally champion Harry Bates and his brother Lewis Bates taking part in their Toyota Yaris AP4s, while JJ Hatton is making a return to rally his Hyundai i20.

Hatton will team with regular co-driver, Nathan Long, for the one-day event, and said he hasn’t driven the car since a test day in Victoria back in February.

“I’m super excited to get in the rally car again as, like everyone, I’ve really missed the sport and have done nothing but work during the past few months,” said Hatton.

The competition will also include Canberra rally competitor Mike Behnke, who has not driven a rally car for five years. Since stepping back from rally driving in 2015, he has remained active in local car clubs, dabbled in circuit racing, and co-driven for Blake Stevens, Meng Chung, Matt Thompson, Anna Ritson and Hannah Stevens.

“I enjoy navigating and contributing to the sport I love in other ways, but I’ve known for some time that it was time to get back into the driver’s seat in my own car,” said Mike. “I think many others have felt the same and have been encouraging me to do so.”

Also competing for the first time this year is 16-year-old learner driver Taylor Gill, with co-driver Peter Harris. Gill will be driving his Subaru WRX. 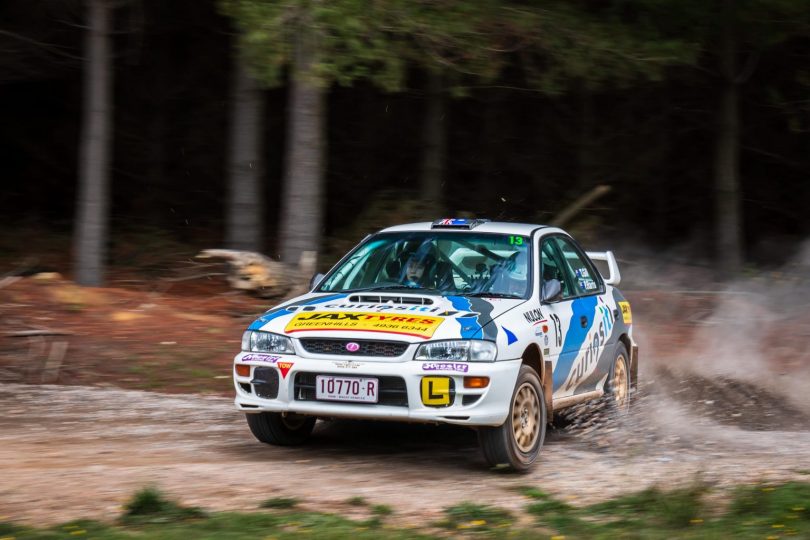 16-year-old Taylor Gill will be competing in his first rally this weekend at the AMH Automotive Group Rally of the Bay. Photo: Supplied.

Gill was originally going to compete at Rally Australia late in 2019, but the event was cancelled after the devastating summer bushfires. He was going to enter the full season of the 2020 MTA NSW Rally Championship, but COVID-19 restrictions ended his hopes again.

“I just can’t wait to do my first rally,” said Gill. “I’m really excited about competing in Batemans Bay and just want to get out there and do some driving. We’ve already done our reconnaissance of the roads and they look fantastic.”

The AMH Automotive Group Rally of the Bay will be the first rally to be held in Australia since the COVID-19 shutdown and past summer’s bushfires. Under Motorsport Australia’s “return to race” protocols, there will be strict social distancing rules imposed on all participants, and a requirement for all competitors to have temperature checks before being eligible to compete. There will also be limits on the number of team personnel that can be involved in the rally service park.

All entries will require a COVID-19 kit in their car, including gloves and face masks for the driver and co-driver. If there is an accident and drivers wish to render assistance, they must maintain social distancing, unless medical assistance is needed, and if so, they will need to wear their mask and gloves.

All competitors and teams, officials and personnel must maintain social distancing at all times and follow the directions of officials observing all activities and promoting the 1.5-metre rule.

Ramon Montero - 12 minutes ago
I do remember him when started arbitrate football, indeed very polite and educated a young person. I had the privilege to mee... View
Kacey Butterworth - 12 hours ago
I feel extremely privileged to have had Ben as a mentor, teacher and year co-ordinator throughout my high school years. He ta... View
Annamaria Zuffo - 14 hours ago
Fantastic Ben. Lucky kids and us for knowing you. View
Community 5

Paul Leins - 14 hours ago
Chinmoy Misra so you're saying *you* can't maintain a reasonable speed in built up areas without some kind of ridiculous urba... View
Jeff Shapiro - 15 hours ago
Ken Owers you need an idrive adapter or buy a Mercedes View
Chinmoy Misra - 15 hours ago
Paul Leins Congratulations. You missed the point entirely.... View
Business 63

assiduous - 15 hours ago
A scheme like this is akin to rearranging the deck chairs on the titanic, as opposed to meaningful reforms, planning and infr... View
show more show less
*Results are based on activity within last 7 days

A line of thunderstorms stretching from Parkes to the Victorian border will impact the ACT and surrounding regions during the...
Community 39

Around 31,000 Canberra households will receive an increase in the annual utilities concession from the ACT Government to offset electricity...
Community 39

@The_RiotACT @The_RiotACT
Zapari wanted a standout building for Woden. The result is The Shard. Check out the penthouse views https://t.co/wfAtM4OT2m (15 minutes ago)