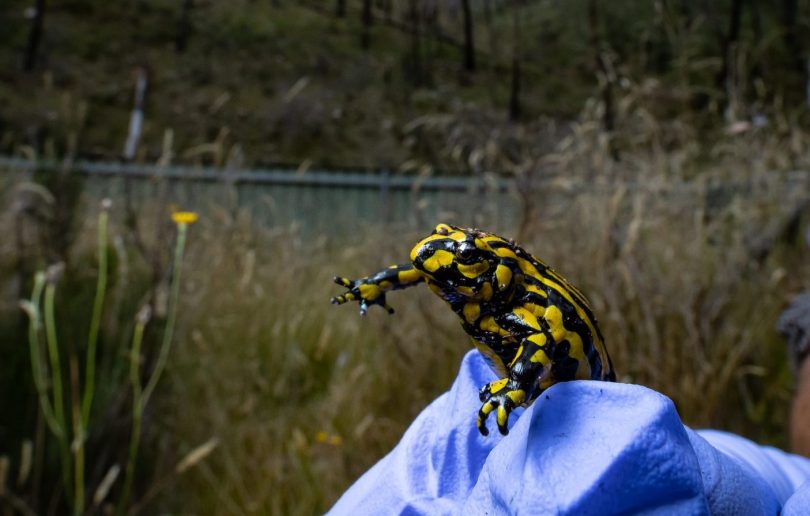 One hundred Southern Corroboree Frogs have been re-introduced to the Kosciuszko National Park. Photo: NSW DPI.

The frog population in southern New South Wales was significantly impacted by the Black Summer bushfires and a breeding program is expected to boost numbers in the region.

One hundred of the bright yellow and black frogs have been reintroduced into the park and field enclosures have been fitted with irrigation systems for fire-proofing and cameras for monitoring.

Before the bushfires, Southern Corroboree Frogs were already critically endangered due to the amphibian chytrid fungus, drought and habitat degradation from invasive species.

READ ALSO Composting for the community: catching up with Capital Scraps

The release is part of the NSW Government’s Saving our Species program, which is backed by a $175 million commitment over 10 years.

Minister for Environment James Griffin said before the intervention, the deadly fungal disease was rapidly wiping out Corroboree Frogs and it’s estimated that as few as 30 remained in the wild.

“These 100 Corroboree Frogs have been reintroduced to a purpose-built field enclosure at Kosciuszko National Park that protects them from the disease while allowing them to grow and thrive into the future,” he added. 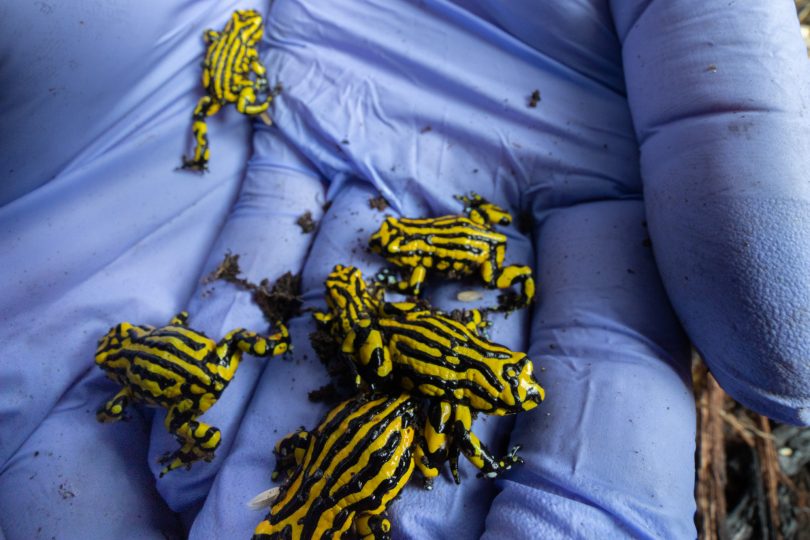 Southern Corroboree Frogs were critically endangered due to the amphibian chytrid fungus and, following the Black Summer bushfires, only an estimated 30 frogs remained in the wild.

The project is a partnership between the Saving our Species program, National Parks and Wildlife Service (NPWS), Taronga Conservation Society Australia and Zoos Victoria.

Taronga Conservation Society Australia Herpetofauna unit supervisor Michael McFadden said its successful breeding program has an insurance population of about 400 of the frogs.

“Corroboree Frogs’ biology is adapted for cold alpine climates, so the terrariums where they are bred are kept refrigerated to match seasonal temperature variation in their natural habitat,” Mr McFadden said.

“Timing the release of these frogs is crucial for their survival, allowing them sufficient time to acclimatise and prepare for hibernation ahead of winter.”