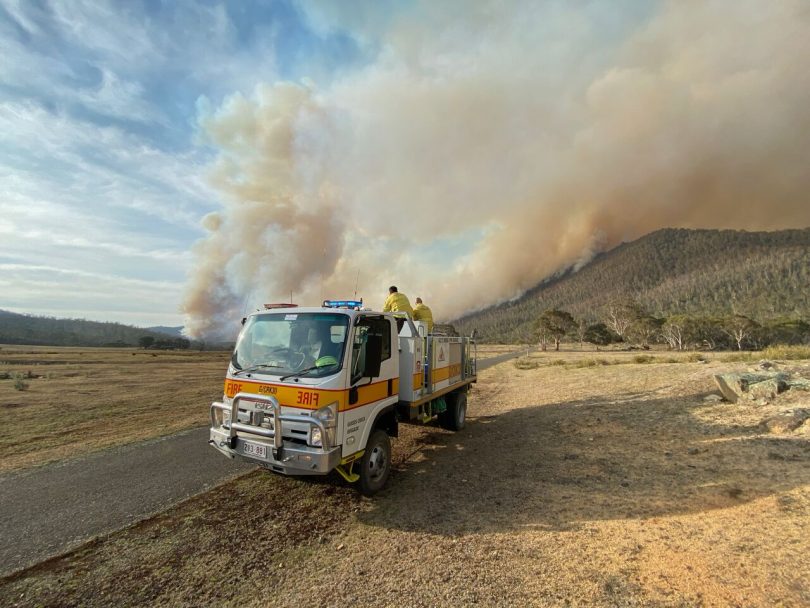 Members of the ACT Rural Fire Service survey the Orroral Valley fire to the south of Canberra on 30 January. Photo: Gary Hooker, ACTRFS.

The first state of emergency since 2003 has been declared in the ACT as worsening weather conditions begin to impact the ACT, and the Orroral Valley fire elevates to watch and act level.

No properties are currently under threat within the ACT and the fire is being controlled. The emergency declaration anticipates significantly worsening conditions in the next days.

The ACT has been on a state of alert for some time and the Chief Minister has reiterated that the Orroral Valley fire constitutes the biggest threat to the ACT since 2003.

This morning, fire-spread maps were released showing the potential risks as high temperatures, increasing winds and a potential thunderstorm are forecast. 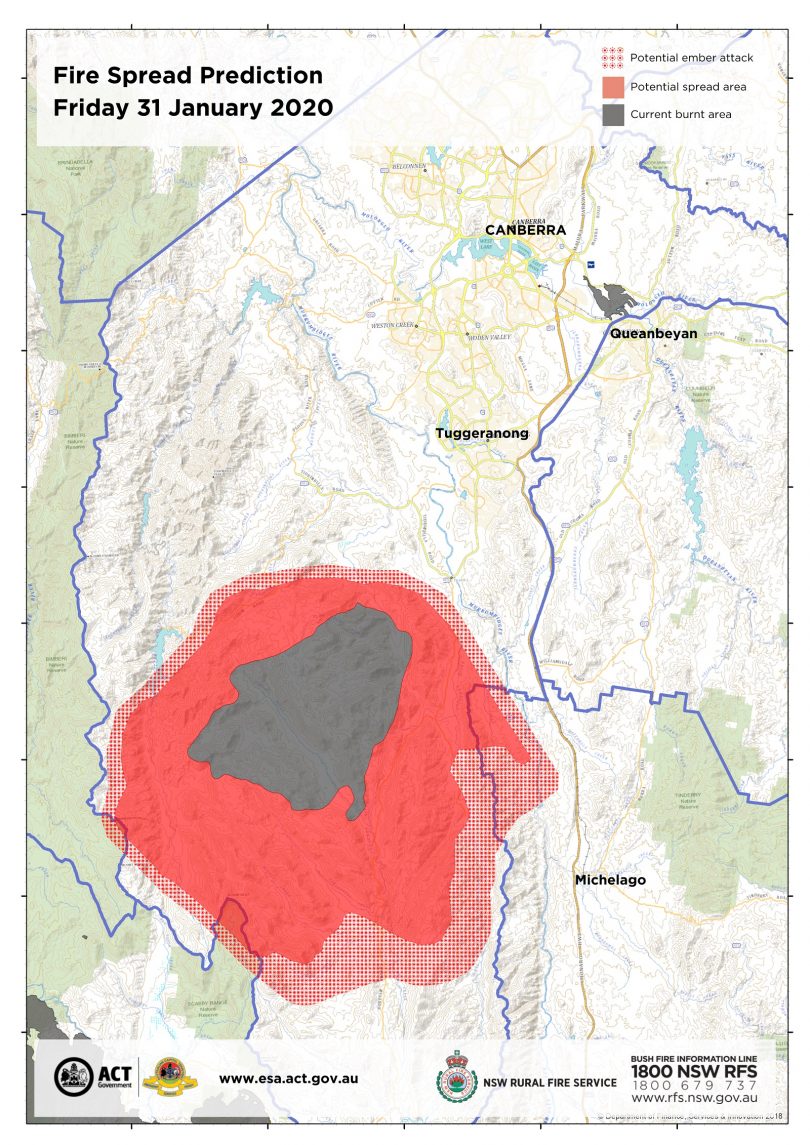 The State of Emergency covers all areas of the ACT and has been declared to protect the community from worsening fire and weather conditions. It can only occur when the Chief Minister is satisfied an emergency has happened, is happening or is likely to happen.

In a State of Emergency, it is imperative that everyone is prepared, even if they are not in an area of immediate danger. It is the strongest declaration available to the ACT government and rarely deployed.

The nominated emergency controller is allocated powers to exert control over the movement of people where necessary and is empowered to take possession of any premises, animal, substance or thing in or near the emergency area. The controller can also direct people to provide information or produce documents or anything else reasonably needed.

The ESA says that as a community we must all be prepared ahead of more extreme weather conditions that are forecast for the ACT and our surrounding region in the coming days.

For all updates in relation to the State of Emergency visit the following channels:

More to come on this story.

Now this is effective leadership

Julie Patricia Smith …and then the next 72 hours after that? Tuggeranong??