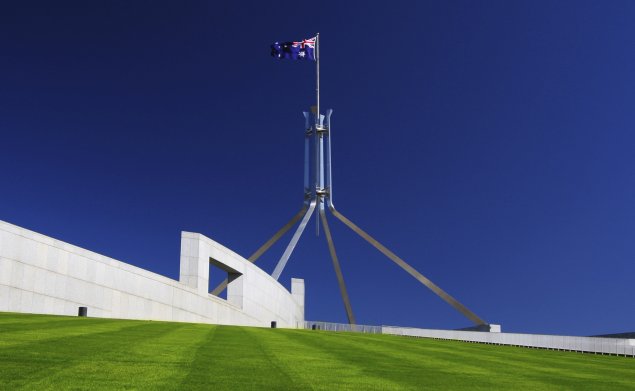 Loathe him or love him, few would dispute that Stanhope has lived public life as a straight shooter. To some, his candid nature is a constant source of fresh air. To others, especially within senior Labor ranks, he is a moral nuisance. After returning to his heartland only a few months ago, his first order of business was to attack Labor’s refugee policy at a public forum at the Australian National University, during which he dared Anthony Albanese, Andrew Leigh and Tanya Plibersek to ‘look him in the eye’ and say that turning back boats filled with desperate human beings is consistent with Labor values.

In a statement released recently, Senator Kate Lundy confirmed what every man, woman and child has known for some time now: that she will not be contesting the next election. In the statement Lundy remarked, ‘next March will mark 19 years since I was first elected to represent the ACT in the Australian Senate. I will work with the ACT ALP to ensure a smooth transition over the next six months’.

Lundy is on the record for saying that she has two successors in mind. It is no secret that Lundy had canvassed Mr Fluffy campaigner Brianna Heseltine for the top job. But after a bizarre expression of jubilation on Facebook where Heseltine recounted her discussion with Lundy, parts of which Lundy denied, one would think that Lundy’s options have reduced by half.
Labor sources have confirmed to Riotact that Stanhope is standing by with a fire in his belly. But unlike Lundy, Stanhope is not a union foot soldier. Stanhope is scathing of what he calls the ‘brutal stranglehold’ the unions have over Labor.

It’s time for Stanhope to live up to his own standards and be honest to the people of the ACT. We all know one thing… he is still very thirsty.

Sources within ACT Labor have confirmed that Deputy Chief Minister Andrew Barr is considering his future in the ACT Government. ‘Labor is not going to be in government forever, we might be lucky to even win in 2016’, one source said. Groomed carefully by Jon Stanhope, Chief Minister Katy Gallagher won’t be going anywhere without a fight. As it is unlikely that Labor will win the 2020 election, Barr has a few options. Now that the ACT Government has passed the half-way point, he can pounce now and hope for six years in the top job – not a bad innings. If he doesn’t, the grooming process may begin if Labor wins the next election, but Bar won’t want to be groomed for opposition. When Labor fails, Bar will have the opportunity to exit into a comfortable existence of sitting on boards and earning three times the salary he is on now. Deputy Opposition Leader Alistair Coe knows this situation only too well, but of course for him the roles are reversed. As Coe sits back like an English General in 1915, he plans to wait for Jeremy Hanson to run from the barracks, and then claim victory for himself.

“When Labor fails, Barr will have the opportunity to exit into a comfortable existence of sitting on boards and earning three times the salary he is on now………”

Those boards would be ACTEW, Canberra University and the mob that acquire land for nothing and sell it to prop up the Territory’s finances; all soft sinecures funded by the taxpayer.

Well, we don’t have to speculate on that any more after Katy Gallagher anointed him as her successor.
The ABC reported that Barr will be the first openly gay Chief Minister/Premier in Australia.
I don’t think that is correct as Don Dunstan was there in that role before Barr.

What a difference a day makes – things are now looking so much clearer (if not rosier) for a number of leading players.

Curiously, CT advises that Brianna Heseltine was never eligible for preselection. What was she thinking!!!

“When Labor fails, Barr will have the opportunity to exit into a comfortable existence of sitting on boards and earning three times the salary he is on now………”

Those boards would be ACTEW, Canberra University and the mob that acquire land for nothing and sell it to prop up the Territory’s finances; all soft sinecures funded by the taxpayer.

I’d say this writer is pretty much on the money. Riotact was in front of the rest today.

How prescient to suggest that Labor might not be returned in 2016!

What would Heseltine’s platform be other than whingeing? This sort of opportunistic “I have a bit of a public profile so I’d better go into politics” simply won’t cut it in Canberra. She should head for Ipswich and run there …

Carol McKenzie - 57 seconds ago
A well deserved award. Ricky does so much for the community, especially for children with disabilities. View
Roslyn Brown - 11 minutes ago
Well done Rick.. from Wayne and I.. Well deserved View
Mary Dee - 21 minutes ago
Congratulations 👏 🥳 well done 🥂🥂🎈... View
Community 44