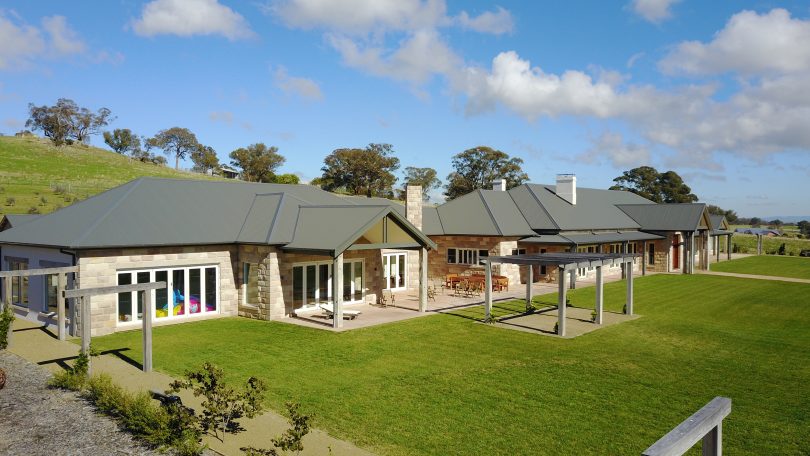 The judges commented on the scale and grand proportions of this elegantly designed home at Jeir. Photos: Quality Country Homes.

Ageless, stately, elegant. This rural home in Jeir, north of the ACT in wine country has been designed and built to stand the test of time.

The effort from Southern Highlands builder Quality Country Homes was rewarded with the Home of the Year award from the Housing Industry Association ACT and Southern NSW at its annual awards on Saturday night.

Owner and Director Jim Sell said the win was fantastic for the fifth generation family firm and its crew.

“It’s great for all the tradesmen to get appreciation for what they do, plus it takes us through into the national awards in Perth in May,” he said. “It’s great to know that your level of work is appreciated and you are at that level, because it is hard to work out when you’re competing against your peers.”

The four-bedroom, five-bathroom home sits on a few hundred hectares of grazing country with its own vineyard, and is purposed to last well into the next century.

Mr Sell said the owner, who is ecstatic with the result, wanted a home that could be passed on to his children and their children’s children.

From the solid sandstone facade with 450mm thick walls to the ‘old world’ painted timber lining inside, high vaulted ceilings, recycled hardwood and exposed trusses, recycled hardwood posts from a Melbourne wharf, solid timber kitchen with marble tops, spotted gum screwed and plugged floors and the stone fireplaces, this is a home meant to be timeless with a classic feel.

“The whole idea is that if you walk into the house you have no idea how old it is because it’s a stately home,” Mr Sell said. 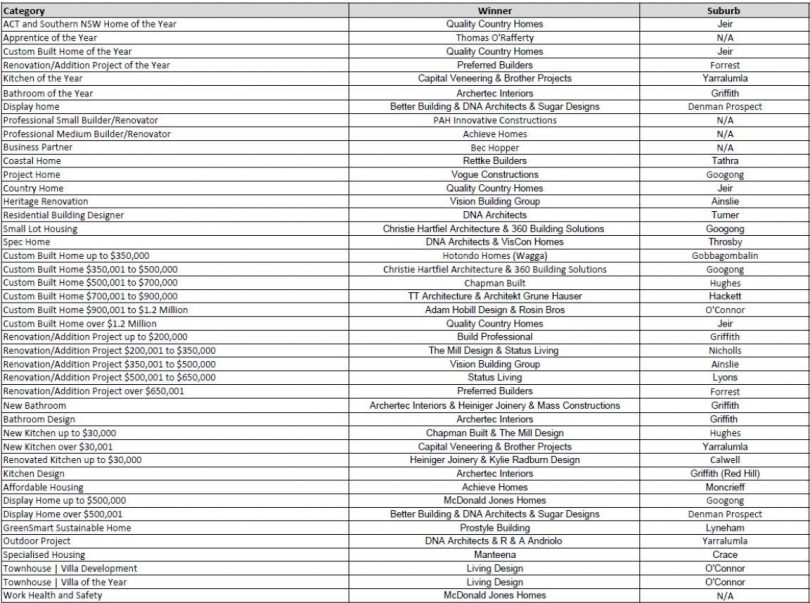 It also boasts an undercover outdoor entertainment area that opens on to the heated indoor pool through concertina doors, bringing the outside in. There is also a gym and underground cellar.

A commission that came from a colleague’s recommendation, the home was designed by Mr Sell as per the client’s instructions.

“He wasn’t looking at wanting to design something he wanted to sell down the track,” he said.

Quality Country Homes design 60 per cent of its projects, only going to architects if the clients aren’t sure about what they want.

The more-than-two-year build was very labour intensive and involved about a dozen tradesmen due to the large amount of timber, with all the architraves, skirtings, and doors made from New Guinea rosewood. 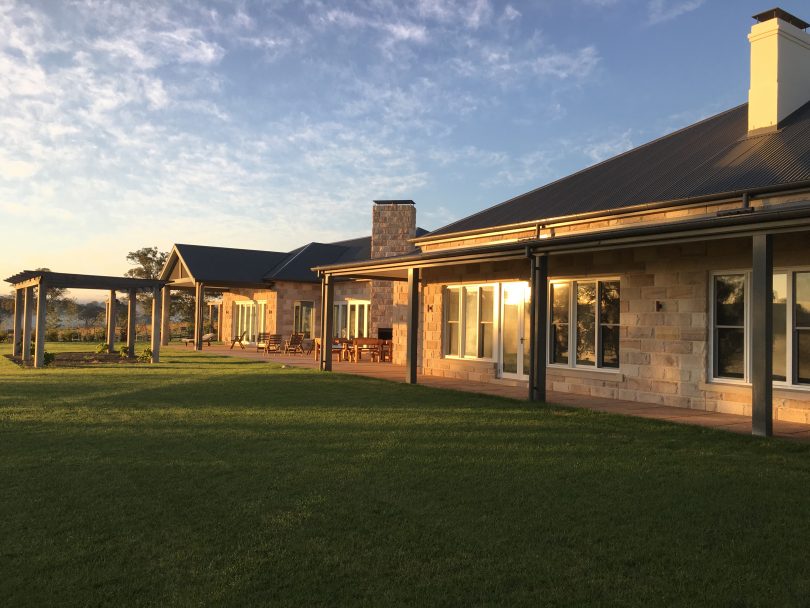 The finish had to be perfect, and all up the project cost about $5 million. “You’ve got to get right,” Mr Sell said.

The judges certainly found that to be the case, commenting on the scale and grand proportions of this elegantly designed home.

The home is already an award winner, taking out the Master Builders’ 2017 Design and Construct House over $3 million category in NSW.

Executive Director for ACT and Southern NSW Greg Weller congratulated Quality Country Homes for taking out the prestigious award, as well as Custom Built Home of the Year. “The awards were very competitive this year, with some outstanding properties in the running,” he said.

The Apprentice of the Year went to Thomas O’Rafferty, from the Canberra-based Vision Building Group.

“David is recognised by his colleagues as someone who will always endeavour to impart knowledge or the benefit of his experiences on to other builders,” Mr Weller said.
“He has always sought to drive higher standards in the industry in Canberra, and has been an outspoken advocate of the home building industry.”

Tina Edwards - 14 minutes ago
They only upgraded it a year or so ago!!🤔 View
News 19

Maya123 - 2 hours ago
I wonder if being heritage listed gives extra protection to street trees, or not. View
ChrisinTurner - 3 hours ago
Unfortunately street trees are not covered by the Tree Protection Act as demonstrated around Civic recently. View
News 14