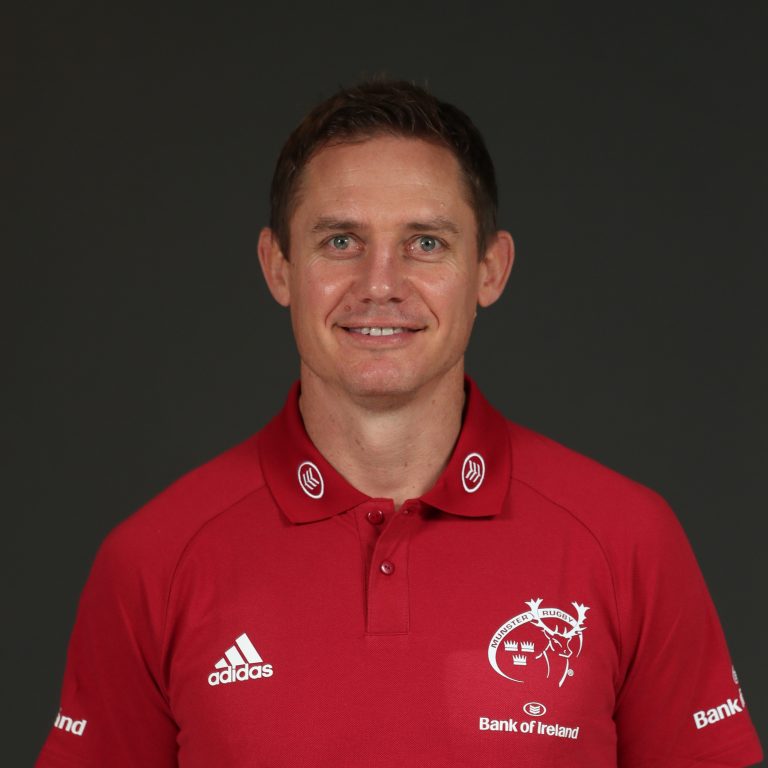 Current Munster coach Stephen Larkham will return to Australia from Ireland next year and is set to take up the head coaching role with the Brumbies in 2023. Photo: Munster Rugby.

Stephen Larkham is poised to return as head coach of the Brumbies after informing Irish club Munster that he won’t be taking up an offer of a three-year contract extension.

Larkham has been a senior coach at Munster for three seasons and is contracted until June 2022.

Munster is keen to retain his services beyond next season, but Larkham told the Irish club he will be leaving for a coaching opportunity closer to home.

His return to Canberra coincides with the departure of Dan McKellar from the Brumbies at the end of the 2022 Super Rugby Pacific season.

McKellar will join the Wallabies as forwards coach on a full-time basis in the lead up to the 2023 Rugby World Cup in France.

The timing could not be better with a slight overlap between the departure of McKellar and the arrival of Larkham.

Larkham last coached the Brumbies five years ago before joining the Wallabies coaching structure in 2017. When that came to an abrupt end, he headed to Ireland.

However, his relationship with the Brumbies goes much deeper than his three-year stint as head coach.

Larkham played 127 games for the Brumbies, and also had an assistant coaching role at the club under Jake White. As a coaching unit, they took the Brumbies to the Super Rugby final in 2013.

He was then joint head coach with Laurie Fisher, before taking on the sole responsibility of coaching the club.

Larkham’s anticipated return to the Brumbies comes in the midst of a rapidly changing rugby landscape, with the new Super Rugby Pacific format featuring two new teams and no South African sides.

However, a constant at the club is the presence of iconic forwards coach Fisher.

Richard Wyche and a spot for you on the Board Mr President?🤔

Seamus Farrell not for this bloke.

David Parrett this is good news.

Tim Will Odell Me likey