Sumi Jo to headline Voices in the Forest

Andrew Barr has announced the lineup for this year’s Voices in the Forest at the Arboretum:

This year’s concert features performances by Sumi Jo, a Korean soprano, and Stuart Skelton, an Australian-born tenor. The Royal Military College Band, the Voices in the Forest Orchestra, and choirs and soloists from schools and colleges across the ACT will also perform.

Over 3,000 people attended the concert last year. It was great to see so many Canberrans supporting such a wonderful event, and I encourage everyone to do the same this year.

This event would not be possible without the support of the Village Building Company, which committed $1 million to the construction of the Visitors’ Centre and a further $50,000 a year for 10 years to support the annual staging of major events such as Voices of the Forest. 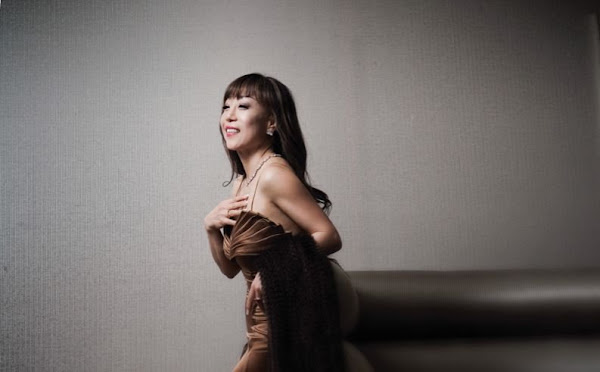 If of course she turns up… Sumi Jo is notorious for ducking out of engagements.

Fortunately she isn’t engaged by the ANU… who would have sacked her and then asked her to apply for the concert position.

Adele Craven - 5 hours ago
Renee Mae RiotAct has had lots of opportunities to understand and present up-to-date info, but have refused to - instead cont... View
Food & Wine 14

Dom Polegubic - 6 hours ago
Enjoy an evening with Andy Bernal Saturday the 19th of June at the Australian Croatian Club in Turner. Includes dinner and a... View
Opinion 5

Marisa Navarro - 9 hours ago
Linda Navarro i’ll just keep them! View
Bek Clark - 10 hours ago
Lucinda it depends on the category; and while it was a different specialty I can confirm, private specialist consult with a d... View
Paige Johnson - 11 hours ago
Why though? Shortage of staff/surgeon? I’m genuinely curious to know why. View
Community 3

jorie1 - 15 hours ago
Agree! I guess I prefer tangible things like property, and most of my tenants are great. I try to be a good landlord, but the... View
News 1

@The_RiotACT @The_RiotACT
The wrestling career of Canberra's @mikey_broderick has taken him around the world. Now he is back in town in a show for the whole family https://t.co/JBxA8ZEQg7 (5 hours ago)

@The_RiotACT @The_RiotACT
The ACT is looking to diversify the economics of the CBD as the work from home culture means fewer workers in city offices https://t.co/J1DoofRqD5 (8 hours ago)