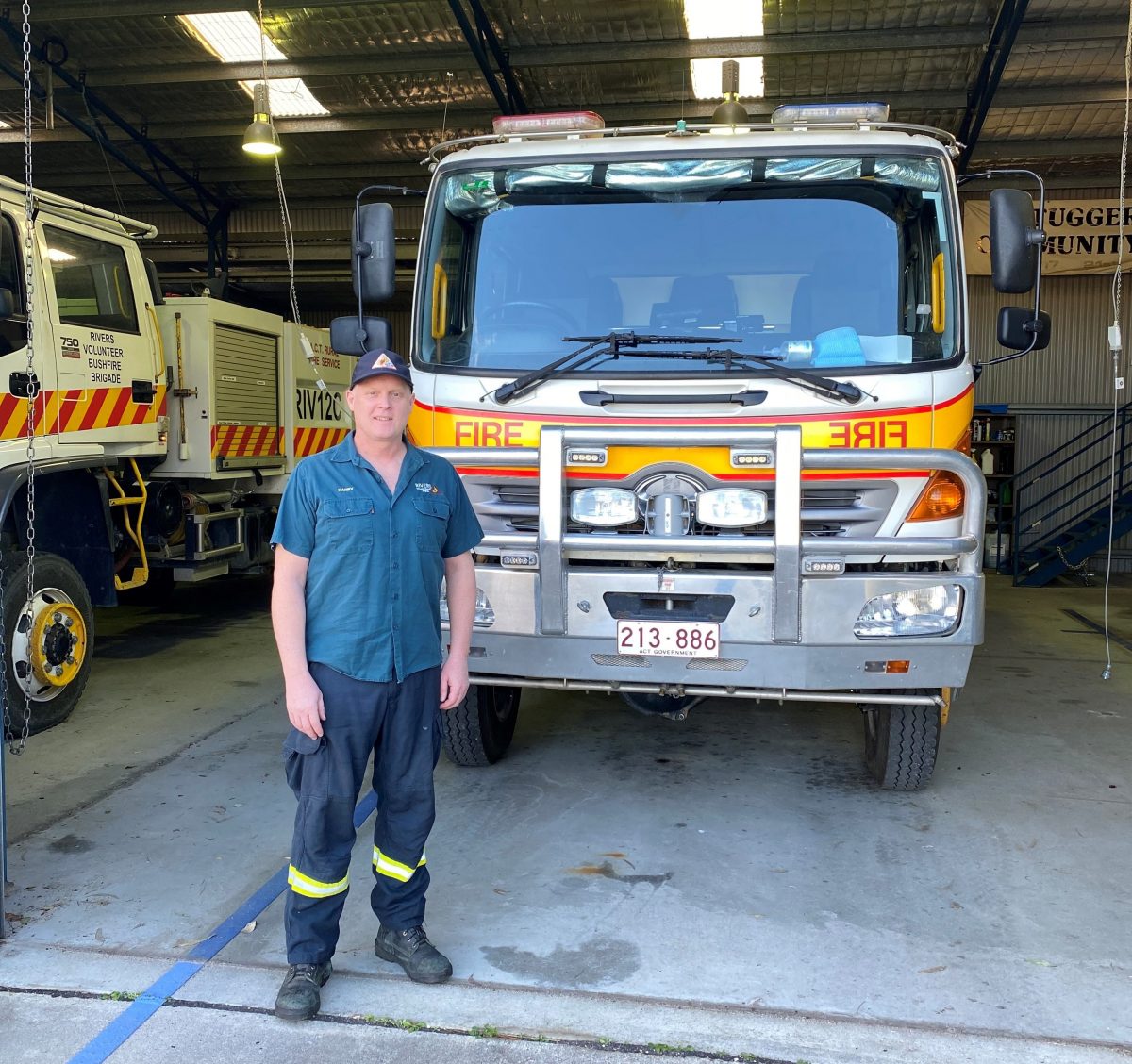 For the first time in five years, ACT Rural Fire Service deputy captain Craig ”Harry” Harrison will lace up his shoes to take part in a marathon.

And not just any running event – he’s jetting off to represent first-responder support not-for-profit Fortem Australia at the New York Marathon in November.

“The main reason I run is I like the mental challenge: you can keep running but it’s up to you whether you decide to keep running or not,” Harry said.

The 50-year-old joined the ACT RFS almost 10 years ago following a few run-ins with fires where he “really wished” he’d known what he was doing to help.

The first was in 1994 at his in-laws’ home in Queensland.

“The RFS stopped the fire on the other side of the dirt road near the house,” Harry said.

“I was trying to help, but they told me to stay away as I didn’t know what I was doing.”

The next instance was closer to home, during the 2003 Canberra bushfires.

Harry was doing his PhD at Mount Stromlo when the inferno raged through the region.

“The observatory burned down and I spent the afternoon trying to find out if my research had gone as well,” he said.

“I also had friends in Duffy … I could see their fence and garden on fire, and we helped try to keep the flames away.”

But the 10-year anniversary of the fires in 2013 turned that spark of interest into a burning desire.

“I went to an open day and signed up, and I haven’t looked back,” Harry said.

“It’s a rewarding thing to do … and it’s a big issue. Flooding and fires are going to affect us for quite a while, so we rely on volunteers to help us out in those situations.”

Based at the Rivers Volunteer Bushfire Brigade in Cotters Road, Harry became involved in Fortem Australia at the start of 2020.

He was first drawn to its family activities – such as rock climbing and escape rooms – and other opportunities such as guitar lessons, as he’s interested in continual learning and keeping active.

However, he soon also saw the benefits to his mental health and wellbeing.

“I never felt like I wasn’t supported [by the ACT RFS] but it was nice to have another organisation come in and think about us,” Harry said.

“At the time of the 2019/20 fires, everyone was thanking a firefighter, but everyone quite quickly forgot about what we’d faced because of COVID.

“It was helpful to know there’s an organisation out there helping [first responders] and being concerned for our wellbeing.”

Harry acknowledged balancing his full-time job, family and volunteering was difficult, along with the mental health difficulties that could arise from being on the frontline.

“We can be putting a lot of volunteers in dangerous situations … the trauma and toll that has on people can be quite significant and hit you anytime. It might be a year or two years after it actually happened,” he said.

“For me it was probably a year after the 2019/20 fires. Because COVID started straight away, we didn’t have many opportunities to sit around and talk about what had happened during the season … when an anniversary comes, you start thinking about it again, you start to realise how it may have impacted you.

“So I didn’t realise the full benefits [of being involved with Fortem] until I started looking back.”

Fortem Australia was formed in 2019 to support the mental fitness and wellbeing of first-responder families. Since its inception, more than 6500 emergency services and national security employees, volunteers and their families have benefited from its connection activities, clinical services, and transition and employment programs.

Co-founder and managing director John Bale said more than 120 people had nominated to be sent to New York for the marathon, with just six chosen to represent the organisation.

“We wanted to promote a positive news story on the incredible benefits of physical activity and social connection on mental fitness, and get behind a team that can represent our nation,” he said.

“[The chosen runner’s stories] aligned with Fortem’s mission to support the mental fitness and wellbeing of first responders and their families … they represent the brave men and women working in response agencies, law enforcement and national security across Australia.” 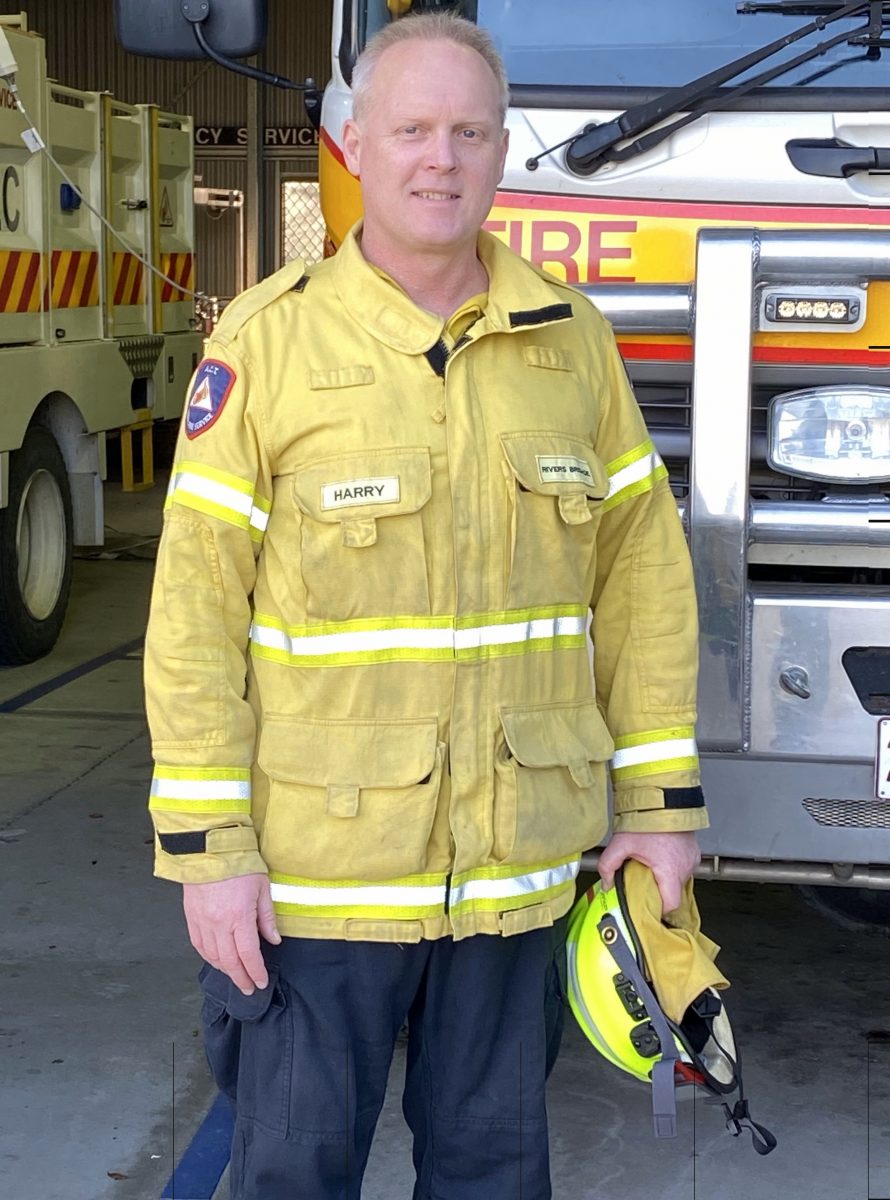 Harry applied and found out he had been successful in July, which left a short turnaround to get ready for the New York Marathon.

“It’s all about getting those kilometres into your legs,” he said.

“For anyone who runs marathons, New York is the top of the bucket list … I’m pretty proud to be one of the first to go, and I hope other people get the same opportunity.”

Now, Harry is looking forward to meeting the other first responders chosen for the trip, and setting a personal best time.