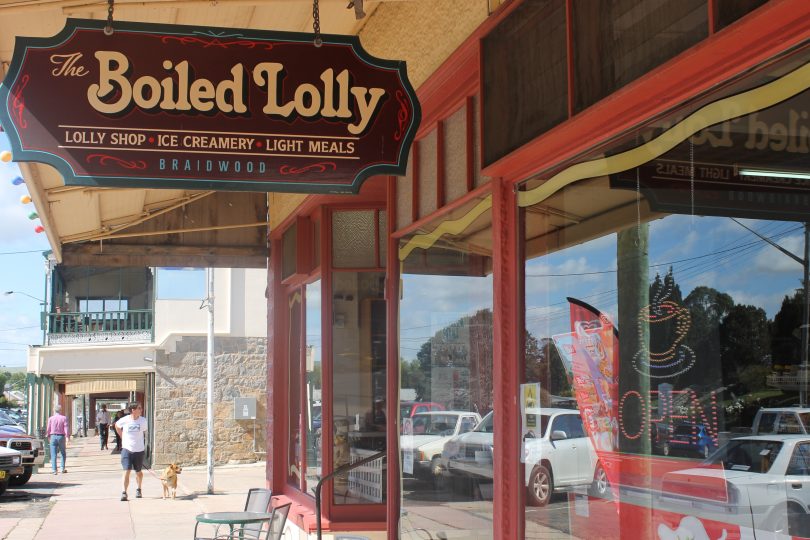 The Boiled Lolly is not just Braidwood’s sweet spot for its extensive range of confectionery – the location in the main street across the road from the bakery makes it a business magnet and an iconic stop for many Canberrans passing through on their way to and from the coast.

The owners have spent 12 successful years at the site but have put the freehold premises and business on the market for $600,000 to $620,000 as part of their retirement plans.

Landmark Braidwood agent Reg O’Connell said no trip to the coast was complete without a stop at The Boiled Lolly, which also offers chocolates and ice cream, light meals, milkshakes, tea and coffee in a charming and relaxed old-world setting. 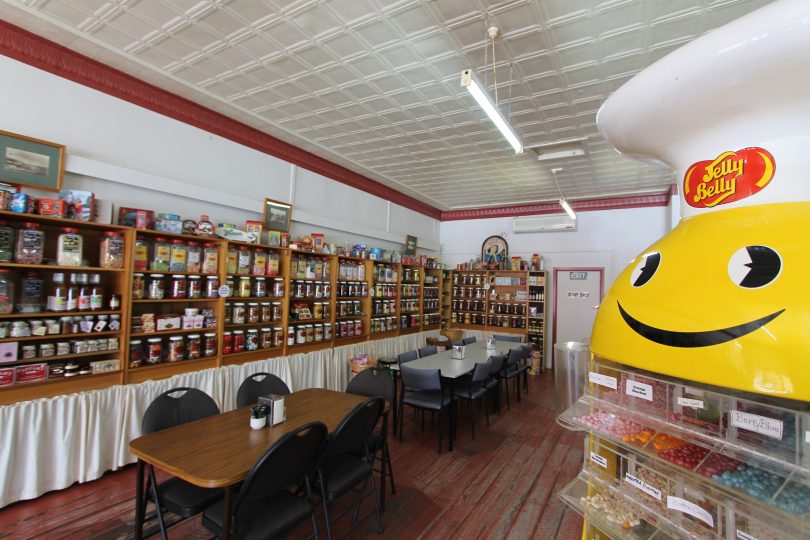 In fact, the 120 sq m of retail space, with as much again in storage out the back, and a 520 sq m block provides the opportunity to expand or reshape the business, which would ideally suit a family.

“It’s right opposite the bakery which is Braidwood’s McDonald’s,” Mr O’Connell said.

“It would a be a fantastic takeaway. Braidwood used to have a takeaway up to about five years ago that was another institution called the Royal Café that had been there since the 1940s or 50s. It was a terrifically successful business, but they moved it up the road and was never nearly as successful.

“So something like that would be really good for the town.”

Mr O’Connell said the three million traffic movements per year through Braidwood meant plenty of custom but the town itself was growing with a new 100-lot housing state and the Major’s Creek gold mine expected to ramp up by mid-year providing 100-120 jobs. 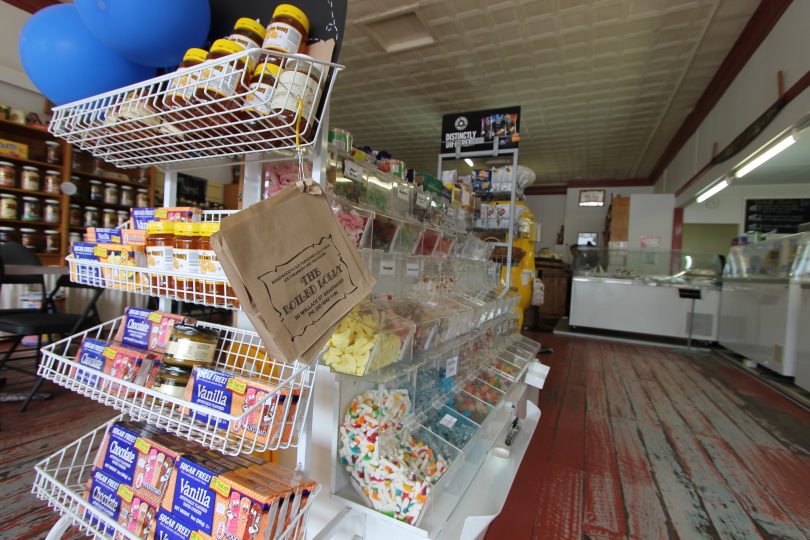 He said interest in the town, the first to be heritage listed in NSW, was so strong they can’t get enough properties to sell to meet demand.

As well as the tree-changers, many mature-aged people are using their super to buy into the town and surrounds with a view to moving there permanently once they retire, and using their property as a weekender for the time being.

“Braidwood has been discovered only in the past 12 months,” Mr O’connell said. “It is now an extension of the Southern Highlands. Some people are calling us Bowral south.

The market in the Southern Highlands has priced itself out, we’re so much more affordable now and that is where we’re catching up.”

Braidwood’s heritage status is an attraction as well, assuring that high-rise development won’t be an issue. But the heritage conditions only apply to The Boiled Lolly’s facade, allowing plenty of scope to refit the retail space.

Have you been to the Boiled Lolly in Braidwood? Share your experience of it in the comments section below.