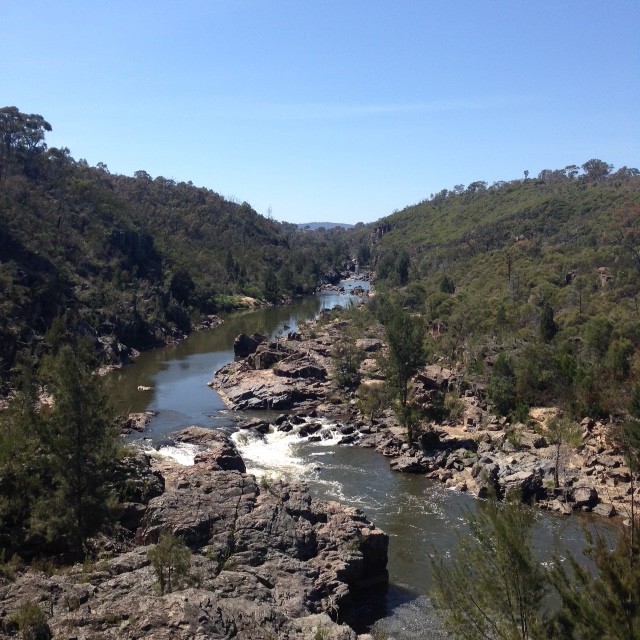 If you’re looking for a short but rewarding walking trail in Canberra, then look no further than Kambah Pools.

On a sunny Sunday, my friend and I had set out to do a hike starting from Corin Dam up to the Stockyard Spur lookout, which leads up to Mt Gingera.

But it was not to be with access to Corin Dam closed from Corin Forest due to upgrade works. Later research on the TAMS website tells me this road will be closed until 30 June, 2016.

With that false start, we decided to head to Kambah Pools. While looking into the details for the hike up Mt Gingera, I’d discovered there was a trail leading from the pools to Pine Island near Tuggeranong, via Red Rock Gorge.

The Red Rock Gorge Trail starts from the left of the Kambah Pool Beach carpark – the carpark on the left when you head in from Kambah Pools Road.

This trail forms part of Canberra’s Centenary Trail. The signage says it’s a 9km track one way from Kambah Pools to Pine Island.

It’s a bit over 2km to Red Rock Gorge . It’s a nice walk along a small dirt trail, with a couple of gates – some are open, some you have to climb over. It’s fairly flat, with only a couple of brief but not hard inclines. 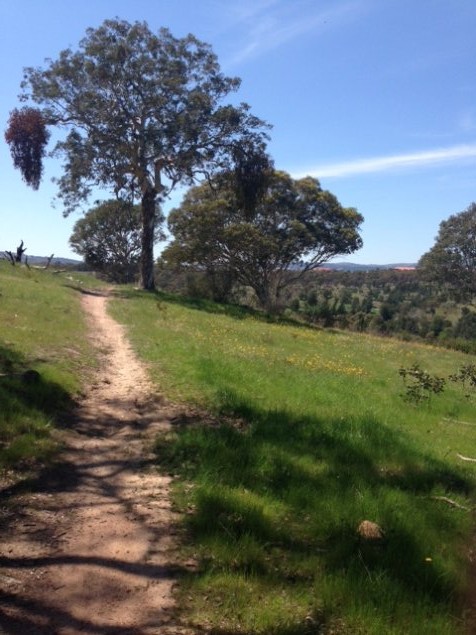 The walk is quite exposed so bring a hat and sunscreen. Or you may want to choose an overcast day to do this trail.

It took us about 15 minutes to reach the lookout of the Red Rock Gorge, which is part of the Murrumbidgee River.

This is a great spot to take in a views. There were only a few people when we were there, some trying to rock climb down to the river from the lookout.

From there, you can choose to return to the carpark and cool off at the pools or continue on. We chose to continue on towards Pine Island.

The path continued to be quite exposed but was very easy as it winded through what I’m guessing is part farmland and part of the Bullen Range Nature Reserve . Beware though, we did come across a red belly black snake that slithered away on our approach, so it’s best to go with someone on this trail.

After about 4km from the gorge, you reach a creek crossing (or you can choose to take the bridge a bit further up). We crossed over the creek on the stepping stones but didn’t end up getting much further.

At this point, the trail markers got a little confusing and due to the exposed trail, we decided to head back and have a lunch break back at the gorge lookout.

The way back has good views of the red rock which the gorge is obviously named after. 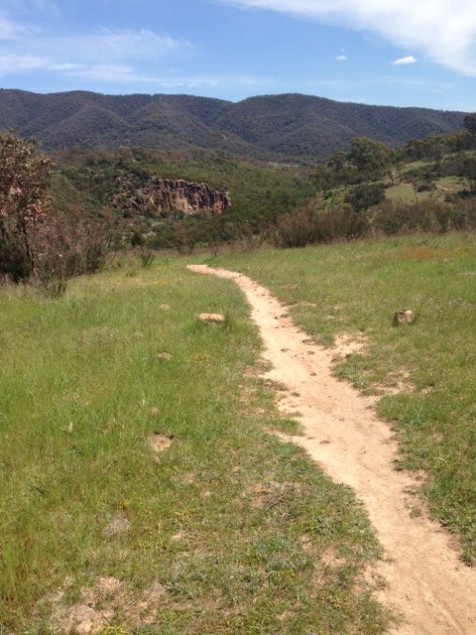 On a hot day, reward yourself with a dip in the river after the walk. This was my first visit to Kambah Pools and I wish I’d come here sooner – I now see why it’s so popular.

This is a great walk, I used to do it every weekend from Pine Is to KP and back. Sometimes I’d go the other way and walk from KP to about halfway to Cotter and return. And once I walked all the way from PI through KP to Cotter, that was a long and hot day, thank goodness the Cotter Tavern was there in those days.

I’ve done the Pine island to point hut walk many times which is not too bad. I believe the path follows the river all the way up to Casuarina sands.

Looks great, but *pool not pools, its on every sign.