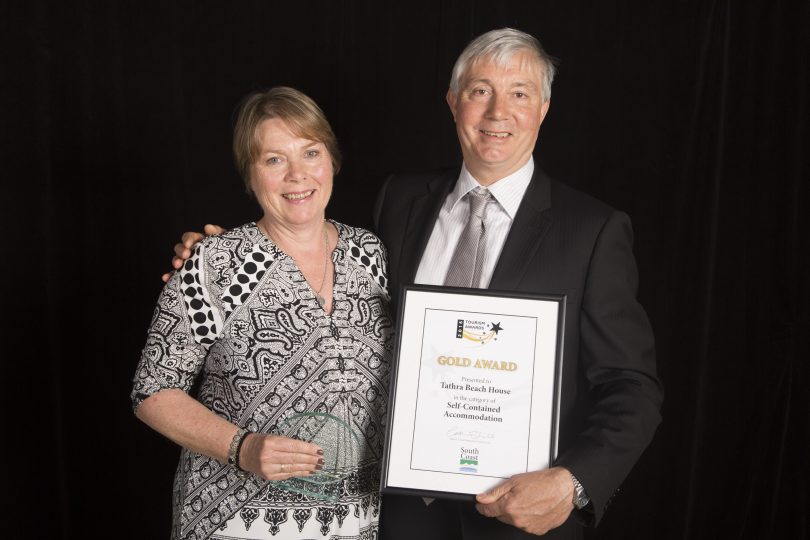 Two stalwarts of the Sapphire Coast tourism industry are contemplating more holiday time for themselves as they look to sell their business and open a new chapter in their lives.

The pair met while working in Thredbo during their mid-twenties, but started thinking about a life in Tathra in the early eighties.

“We were travelling back to Thredbo and decided to drive down the coast for a change, and we saw the empty shop with a ‘To Let’ sign in the window,” Rob remembers.

“Tathra was the closest beach to the snow,” Lesley says.

That was 1982, soon after the restaurant ‘The Greatest Crepe’ was born, serving food Tathra locals and visitors still talk about now.

With the restaurant going well when the shop next door (now Tathra Bakery) became available, Lesley saw the potential for a gallery and gift shop to complement their food business. From there the business grew to be ‘Beach House Gallery’ – which is now the building that is ‘The Gap’ cafe.

After selling the restaurant eight years in and watching it change through various owners, the Whites took over again in the nineties and launched the hugely popular Mimosa Rocks Woodfire Pizza Restaurant. Rob and Lesley left the business many years ago, however, their restaurant on Andy Poole Drive goes on under a different name. 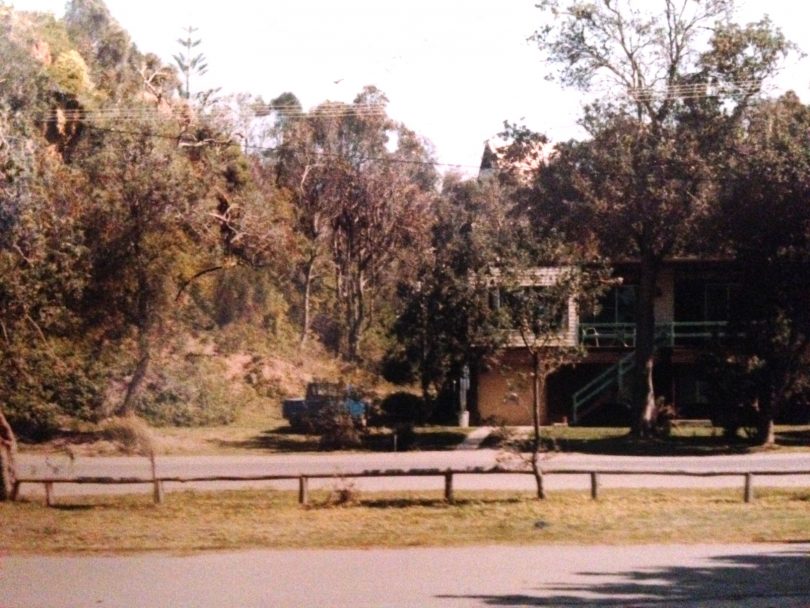 Where it all started, the beach house that would give birth to one of the region’s premier accommodation providers. Photo: Supplied.

Rob says the decision to put Tathra Beach House Apartments on the market now makes sense. “We are still fit and healthy, however, the business can sometimes be fairly demanding and we know we can’t do the job properly for another 10 years.”

“We don’t want to be in a position where we would need to sell the business urgently. We would prefer to proactively work with our broker to get the right people to take over the business even if it takes a while,” he says.

The decision comes with some natural reflection about where they have come from and where they are headed.

“Paul Keating was Treasurer and interest rates where 18 per cent,” Lesley shivers.

In those days, what is now Tathra Beachside caravan park came right down to surf club and “Andy Poole Drive was just a bitumen track, no curb and guttering,” Rob says. 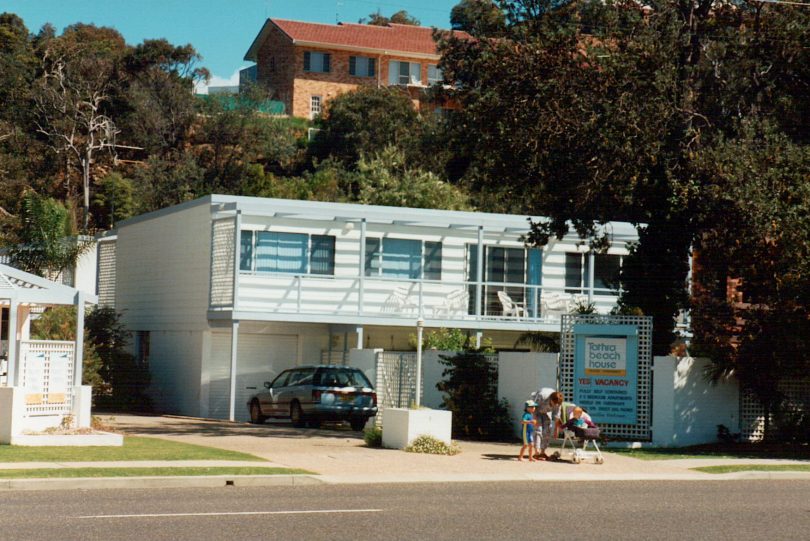 “When we first opened, our reservation system was a red diary on the counter and a pencil and rubber, our advertising was putting an ad in the NRMA accommodation guide each year and occasionally, an advertisement in regional papers and we would post brochures out to anyone who rang.

The change they have witnessed and at times encouraged over the last 30 years seems to be a highlight of the Whites’ career.

“Building and opening the very successful second stage of Tathra Beach House with Kaye and Ian Murray in 2002 is a real highlight, and then going on to win industry awards on five occasions was great,” Rob says.

“Being able to raise our two boys Mitch and Murray in such a wonderful area was also a highlight. Many families that came to stay with us year after year also became good family friends. Our boys developed some great ongoing friendships.

“And when you spend close to 30 years building the business with the help of many people and many wonderful staff, it does become part of your life and I think we will miss it,” he says. 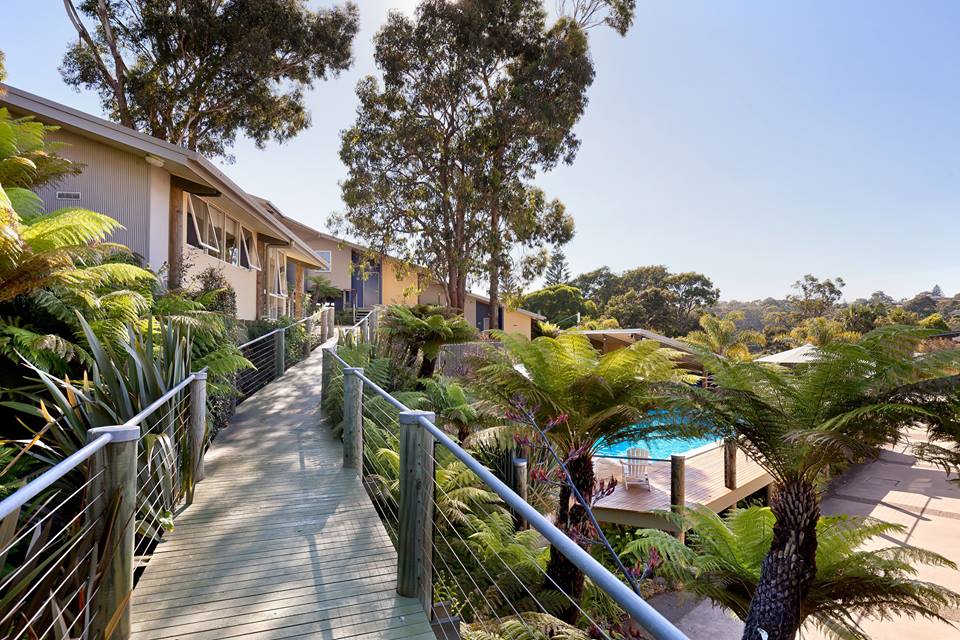 Lesley says they will “definitely be staying in Tathra, however, we also love the Snowy Mountains, so we will also spend a fair bit of time up there as well.”

“And spend more time travelling and visiting our boys who now live in Griffith and Bicheno in Tasmania.”

And, Rob adds, “I have recently gained my recreational pilot’s licence and bought an aircraft so hopefully also some flying around Australia.”

Thinking of who the new owners might be, Rob and Lesley see great potential for further growth and success in the business.

“The world is getting smaller, Australians will continue to travel overseas in increasing numbers, particularly to the low-cost South East Asia and the Pacific,” Rob says.

“However I think we will also see increasing international visitation into regional Australia, and Tathra is well placed to benefit from the increasing demand for nature-based tourism.

“Tathra is a great family destination. The beach is our main attraction however we now also get a lot of mountain bike riders.

“Canberra is a big market for us. Weddings and corporate visitation are also important.

“But we see ourselves as part of the whole Sapphire Coast. As a region, we have a lot going for us and there is a lot we can do together,” Rob says.

“Being a part of the Tathra community and local organisations is key, it’s really important for whoever comes along. In a regional community we rely on each other to build success,” Rob says. 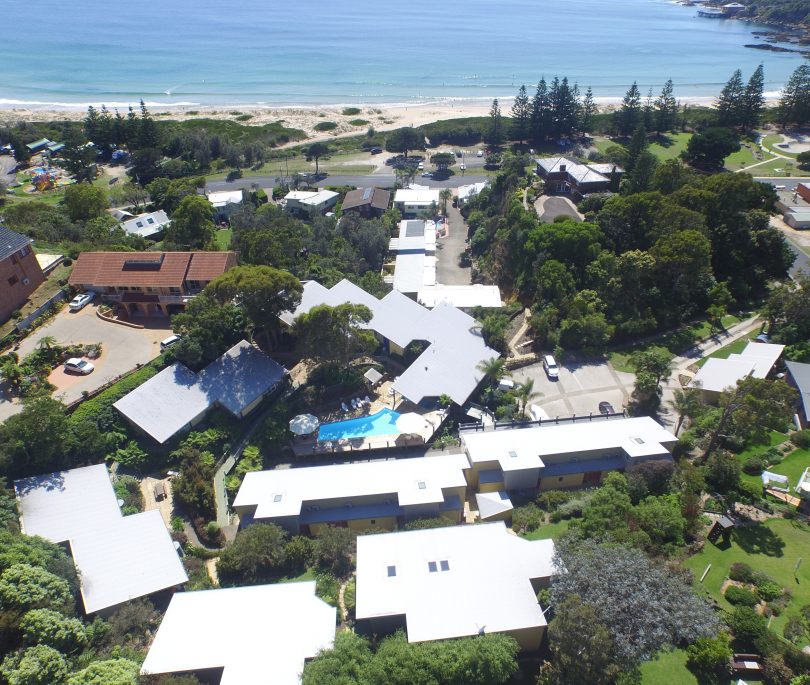 For information on the sale of Tathra Beach House Apartments contact Neil Bourke at Accommodation Business Brokers via – neil@abbrokers.com.au or phone 0447 448 824.

Dean Okeeffe - 13 minutes ago
you'd think with all their planning did territorial birds not factor in. View
Henry Kivimaki - 2 hours ago
Can we train the birds to attack the work cover drones? .. 😏😉... View
Opinion 14

Brian Kilgannon - 2 hours ago
Frances I think you answered the question. No one uses it so why build it when we have more pressing issues at the moment. It... View
Oan Nbn - 2 hours ago
Leon Arundell but I guess Canberra to Yass need to connected from Kingston without passing CBD and making Light Rail stop as... View
Leon Arundell - 3 hours ago
Justin Watson Examples, please. View
News 5

Clear your calendar, the Tathra races are kind of a pig deal

Mimosa Wines changes hands, but they’re keeping it in the family