The business of the arts 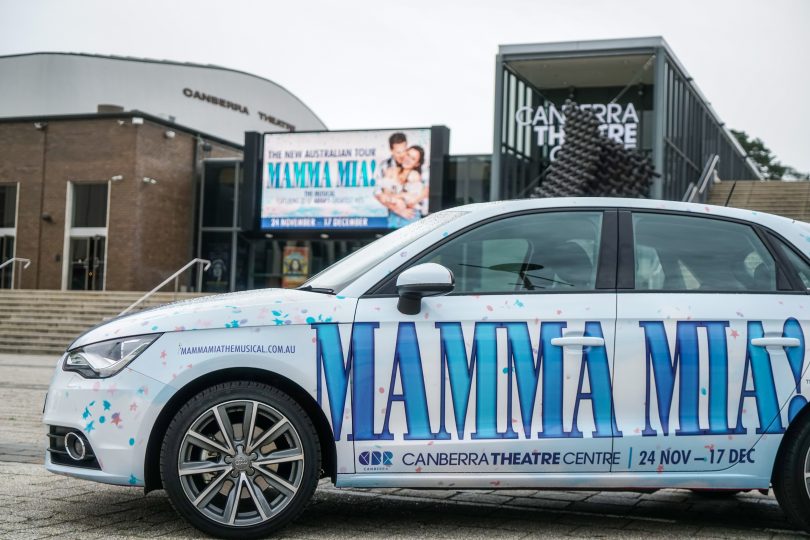 Mamma Mia! was a big hit with audiences.

These well-known ABBA lyrics recently rang out through Canberra during the three-week run of the sold-out musical MAMMA MIA!

Yet if you were on a game show and had ten seconds to name the businesses that contribute ‘money, money, money’ to their owners and the economy more broadly, how many of us would include the arts in our list?

We might point to IT, education, manufacturing, retail, hospitality, tourism, and construction, but would our minds turn to the cultural and creative industries?

For some reason, perhaps because of the beauty, joy and entertainment provided by the arts, it is easy to forget it is an industry just like any other – in that a business owner must make an investment, staff and providers must be paid, and hopefully at the end of all that the business is profitable.

In 2015, a report entitled Economic Overview of the Arts in the ACT was released by the ACT Government. It assessed the direct output of the 1,200 businesses active in the arts and cultural sector in 2012-13 at approximately $974 million. This sector added $426 million to the ACT’s economy and employed over 6,000 people.

Canberrans have an impressive appetite for cultural activities and spend more per capita on these than other Australians. And of course, we all know what a drawcard cultural event can be for our city; having seen, as an example, people flocking to our city for theatre productions, major National Gallery exhibitions, or music festivals.

According to the Economic Overview of the Arts report, close to 729,000 domestic and 128,000 international cultural tourists visited the ACT in the year to September 2014.

However, the arts sector is not without its risks. Figures from the Australian Bureau of Statistics suggest that overall business exits from this industry each year are relatively high compared to others.

Which brings us back to MAMMA MIA! This production has demonstrated the strong potential for cultural and creative businesses in the ACT. But what makes them successful? How can a business owner most effectively ensure their investment will be returned?

Co-producer of the Australian production of MAMMA MIA! The Musical, Louise Withers will return to Canberra next month to speak on ‘The Business of the Arts’ at the Canberra Business Chamber’s Back to Business event on 28 February.

Ms Withers will talk about the business side of productions, including the potential benefits and challenges.

For more information about this event, visit www.canberrabusiness.com/events/

bikhet - 29 minutes ago
A pox on them! They are a blight in Civic and they want to spread them elsewhere? View
Opinion 63